The list includes the names of 87 Americans who served bravely and honorably. 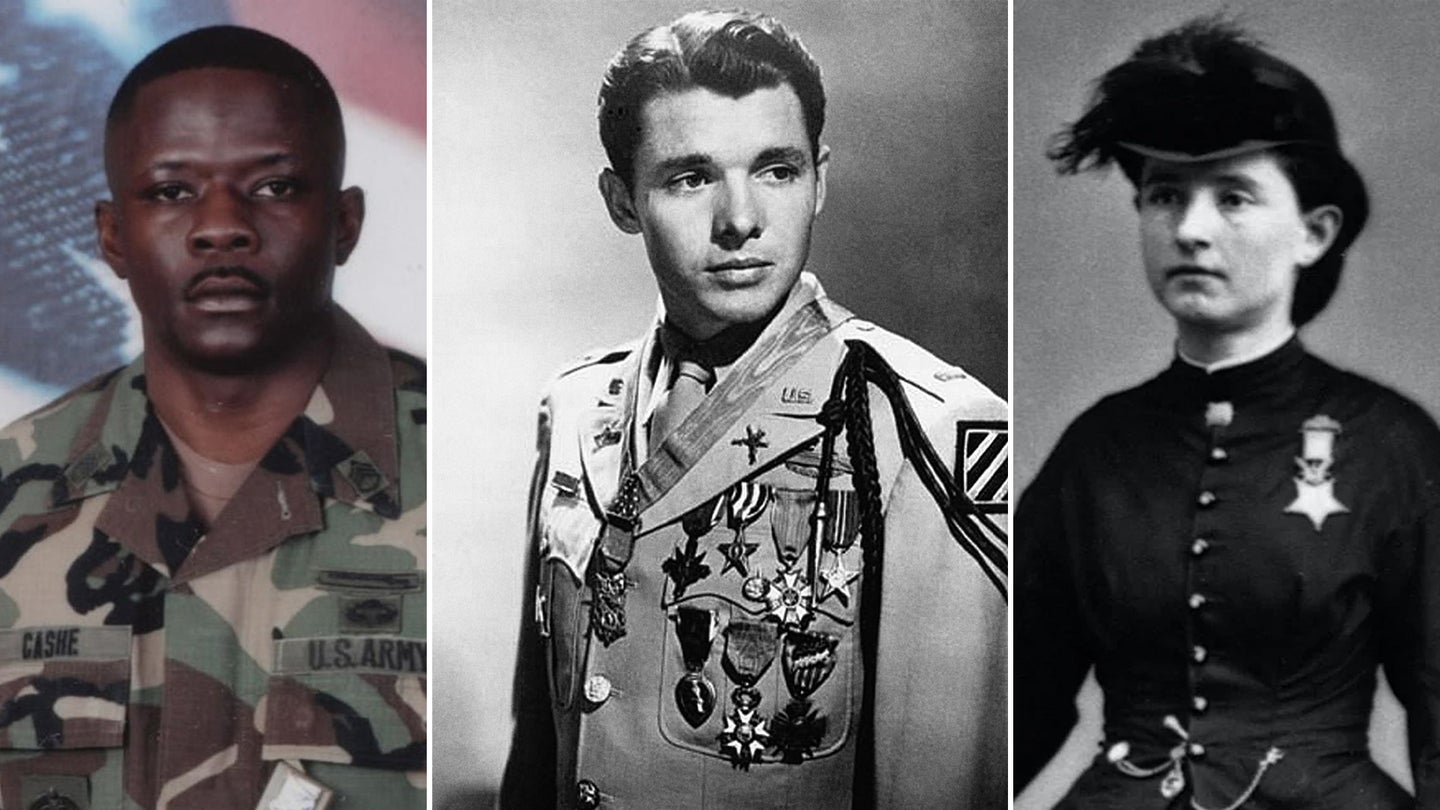 A government commission tasked with recommending people to replace Confederate generals as the namesakes of U.S. military installations now has a list of 87 candidates. Among the names are some of the Army’s most decorated generals, as well as Medal of Honor recipients including Sgt. 1st Class Alwyn Cashe, who literally walked through fire to save his men, renowned World War II hero 2nd Lt. Audie Murphy and Mary Walker, the only woman to receive the military’s highest decoration for valor.

Established in 2021, the Naming Commission has been directed to make recommendations to Congress on renaming or removing “names, symbols, displays, monuments and paraphernalia” that commemorate Confederate officers at Department of Defense facilities.

Sgt. 1st Class Alwyn Cashe was deployed to Iraq with 1st Battalion, 15th Infantry Regiment, 3rd Infantry Division when his Bradley Fighting Vehicle struck an improvised explosive device on October 17, 2005. When the fuel cell ignited the vehicle became engulfed in flames — with the soldiers trapped inside. While only slightly injured in the initial blast, Cashe’s uniform was drenched in fuel, but he nevertheless began to pull his soldiers from the burning Bradley.

“That’s when I saw Sgt. Cashe at the back of the Bradley,” retired Sgt. 1st Class Douglas Dodge said. “And I looked at him and it was very surreal: He had his helmet on, his body armor on, and his boots on, but he didn’t have anything else on because it had been burned off of him. The only thing he asked me was, ‘Where are the boys at?’ I just kind of looked at him and looked at the Bradley, and he said, ‘We’ve got to get the boys out.’ And he just instantly started climbing in.”

Cashe eventually succumbed to his injuries on November 8, 2005. Initially awarded the Silver Star, Cashe’s family and lawmakers advocated for years for it to be upgraded. Cashe was posthumously awarded the Medal of Honor in December 2021.

Audie Murphy was the Army’s most highly decorated soldier of WWII, having earned the Medal of Honor in France in 1945, as well as the Distinguished Service Cross, two Silver Stars, the Legion of Merit, and two Bronze Stars. Murphy would later portray himself in “To Hell and Back,” a film based on his own exploits, before passing away in a plane crash in 1971.

Born in 1832 in Oswego, New York, Mary Walker pursued an education at Syracuse Medical College, a rare feat for a woman at the time. At the outbreak of the Civil War, Walker was initially turned down for a position as an Army medical officer, but she began volunteering at field hospitals in Virginia. After securing a role as a War Department surgeon, Walker treated wounded soldiers for the rest of the war. She regularly crossed into Confederate territory to tend to the wounded and at one point was captured and held as a prisoner of war for four months.

“[She] was dressed in the full uniform of a Federal surgeon … not good-looking and of course had tongue enough for a regiment of men,” a Confederate captain reportedly wrote in his diary.

Walker was also reported to have worked as a spy who “dug out Confederate secrets and ferried them back to her Army superiors.”

While never commissioned in the Army, she was awarded the Medal of Honor in 1886.

The list also includes names from across the Army’s history. It includes some of WWII’s most famous and decorated generals, such as James Gavin, who led the 82nd Airborne Division, and Dwight Eisenhower, who oversaw the D-Day invasion and went on to lead the Allied armies in Europe before being elected President in 1952.

There are also Medal of Honor recipients such as Pfc. Desmond Doss, a combat medic who risked life and limb repeatedly during the Pacific campaign of World War II in order to save his men, all while refusing to carry a rifle due to his religious beliefs; and Sgt. Alvin York, whose combat exploits during World War I turned his name into a shorthand phrase for battlefield bravery. There’s former Special Forces Master Sgt. Roy Benavidez, Medal of Honor recipient Army Capt. Francis Wai, as well as Sgt. 1st Class Randall Shugart and Master Sgt. Gary Gordon, both posthumously awarded the Medal of Honor for their actions in Somalia in 1993.

The Naming Commission is expected to present Congress with a final list of recommended names by Oct. 1, 2022.