War, and being stuck in an elevator, is hell 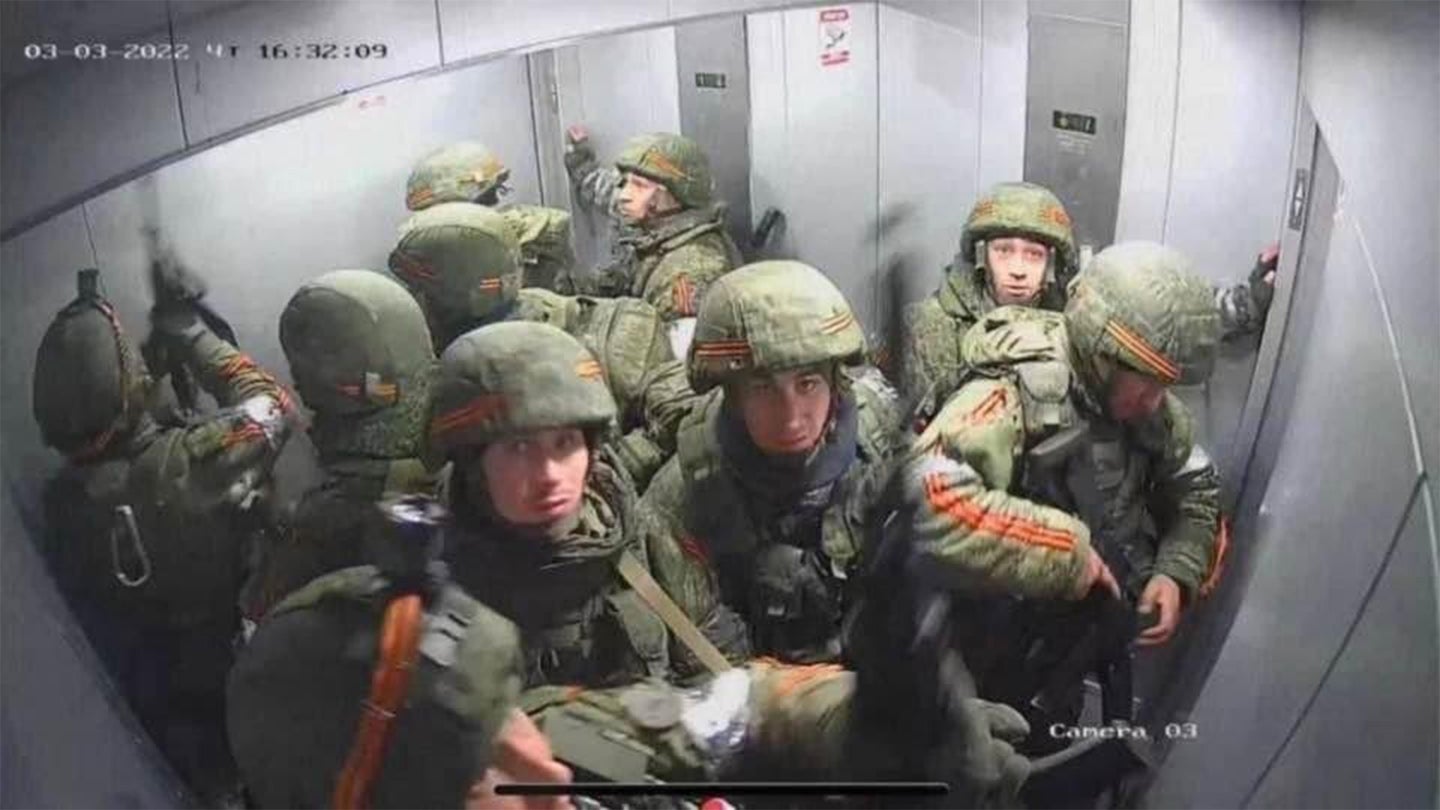 The Russian invasion of Ukraine has been described as the first “TikTok war,” with photos and videos from soldiers and civilians alike spreading and proliferating in real time.

There are reports about the mythical “Ghost of Kyiv”; a woman defiantly telling Russian soldiers that their bodies will soon be fodder for sunflowers, the national flower of Ukraine; and the supposed last stand of Ukrainian troops on Snake Island. Dozens of videos show Ukrainian civilians making off with disabled or abandoned Russian armored vehicles. Some of these reports are true, some of them false, but all are part of the murky information front of the conflict.

Against this backdrop comes one of the latest social media updates from the invasion, posted by eastern European news outlet Visegrád 24, which showed a squad of Russian soldiers packed tightly in an elevator, supposedly stuck while trying to make their way to the top of a building.

The timestamp from the photo is dated March 3, and it first appeared online on March 4, but like most of these stories, its veracity remains unclear. The photo seems to show five Russian soldiers in a typical hurry-up-and-wait situation, albeit in an unusual location. They’re stuck in an elevator, with a few looking up with a bit of confusion at the security camera.

With Russian forces fighting on the outskirts of Kharkiv and Kyiv and seemingly poised to fight in these dense, complex urban environments, though, it begs the question – is it a good idea to take the elevator when you’re in combat?

“This aspect of the vertical terrain in urban warfare is a huge gap,” said John Spencer, chair of urban warfare studies at the Madison Policy Forum. “It really exposes the difficulty and lack of capability to conduct warfare above a certain floor.”

Urban combat is the “great equalizer,” but fighting in tall buildings has very little precedence outside of counter-terrorism scenarios. U.S. Army guidelines cover urban operations, but “there is nothing in our urban doctrine that highlights a change in tactics based on high rise structures,” said Spencer.

In other words, clearing a 20-story building is functionally the same as a two-story building, just on a much larger scale. The logistics of doing so, however, make it a very difficult proposition to the attacking force. Especially if they lack extensive training on operating in such an environment.

“In an unknown environment, speed is security,” said Spencer. “And the evolution of modern day close quarters tactics relies heavily on speed. But just from a time analysis perspective, even if its just five minutes per room, in a tall building you would need a ton of time and troops to clear it.”

According to Spencer, “it would be insanely risky” to use an elevator in an enemy-occupied building, “but maybe if you just needed to check a single floor I suppose it would not be out of the question.”

Tactically, it is likely easier to bypass tall buildings altogether.

In this instance, then, taking an elevator in a war might be chalked up to the less than stellar training that we have seen in Russian propaganda videos.