‘What the f–k are you doing on our land?’ — How ordinary Ukrainians are defying Russia

“As you attack, it will be our faces you see. Not our backs." 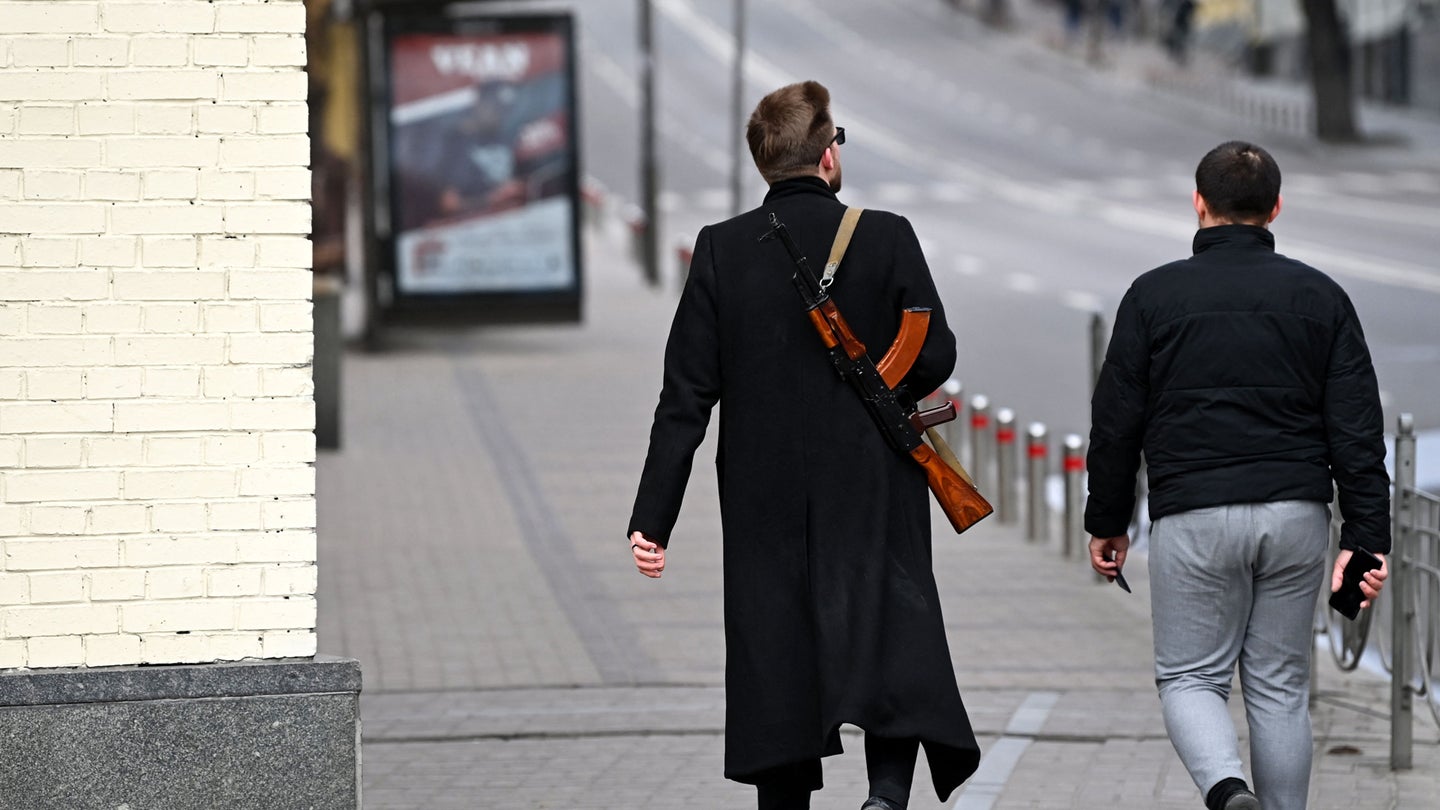 As Russia continues its invasion of Ukraine, stories of average Ukrainian citizens standing up to the occupying troops are flooding social media.

The capitol of Kyiv braced for the arrival of Russian troops on Friday, with Ukrainian civilians in “trainers and jeans with rifles slung across their backs” manning checkpoints, BBC News reported. Some volunteers were “hidden in the trees on the side of the road,” while others were “lying on the ground behind anti-tank weapons.” The Ukrainian Ministry of Defense instructed citizens to make Molotov cocktails, and even reportedly handed out 10,000 assault rifles to civilians in Kyiv.

The New York Times reported on Friday that more volunteers were lining up “to receive their weapons” at a storage facility in Fastiv. Thousands of civilians “have joined local defense units,” CBS News reported, including “everyone from urban professionals to military veterans.”

On Thursday, a U.S. senior defense official acknowledged that they’d seen “indications that they [the Ukrainians] are resisting and fighting back.”

“This is their country they’re fighting for,” the official said.

One story after another has appeared since Russia’s invasion began on Thursday morning local time about Ukrainians defying the Russian invasion on all fronts. In one stunning show of bravery, 13 Ukrainian guards on Snake Island, a small island roughly 30 miles south of Ukraine in the Black Sea, stood up to an entire Russian warship. In an audio clip circulating online, which was translated on CNN and verified by the Ukrainian Interior Ministry, a Russian Navy officer gave a message to the guards on Snake Island.

“I am a Russian military ship,” the Russian officer said. “Proposing to put down arms immediately to avoid bloodshed and unjustified deaths. In worst case, you will be hit with a bomb strike.”

In the audio, two voices are heard discussing what to say before settling on a response: “Russian warship, go fuck yourself.”

All 13 guards were killed by the Russians. On Thursday night, Ukrainian President Volodymyr Zelensky bestowed the title of “Hero of Ukraine” on the guards, the Washington Post reported, which is “the highest honorific the Ukrainian leader can award.”

In another exchange translated online, a woman approaches armed Russian troops on the street, asking them, “what the fuck are you doing here?” They tell her they’re Russian but refuse to continue the conversation.

“You’re occupants, you’re fascists,” the woman says according to the translation. “What the fuck are you doing on our land with all these guns? Take these seeds and put them in your pockets, so at least sunflowers will grow when you all lie down here.”

Another video that was circulating online on Friday morning appeared to show a man running onto the road in front of Russian vehicles. Some were referring to him as the “Ukrainian tank man,” in reference to the nickname given to an unidentified man who stood in front of Chinese tanks in Tiananmen Square in 1989.

The resistance unfolding throughout the country is precisely what Zelensky urged in an address on Thursday. If Russia attacked, he said, “if they try to take our country — our freedom, our lives, the lives of our children — we will be defending ourselves.”