Photos: What Russia’s invasion of Ukraine looks like on the ground 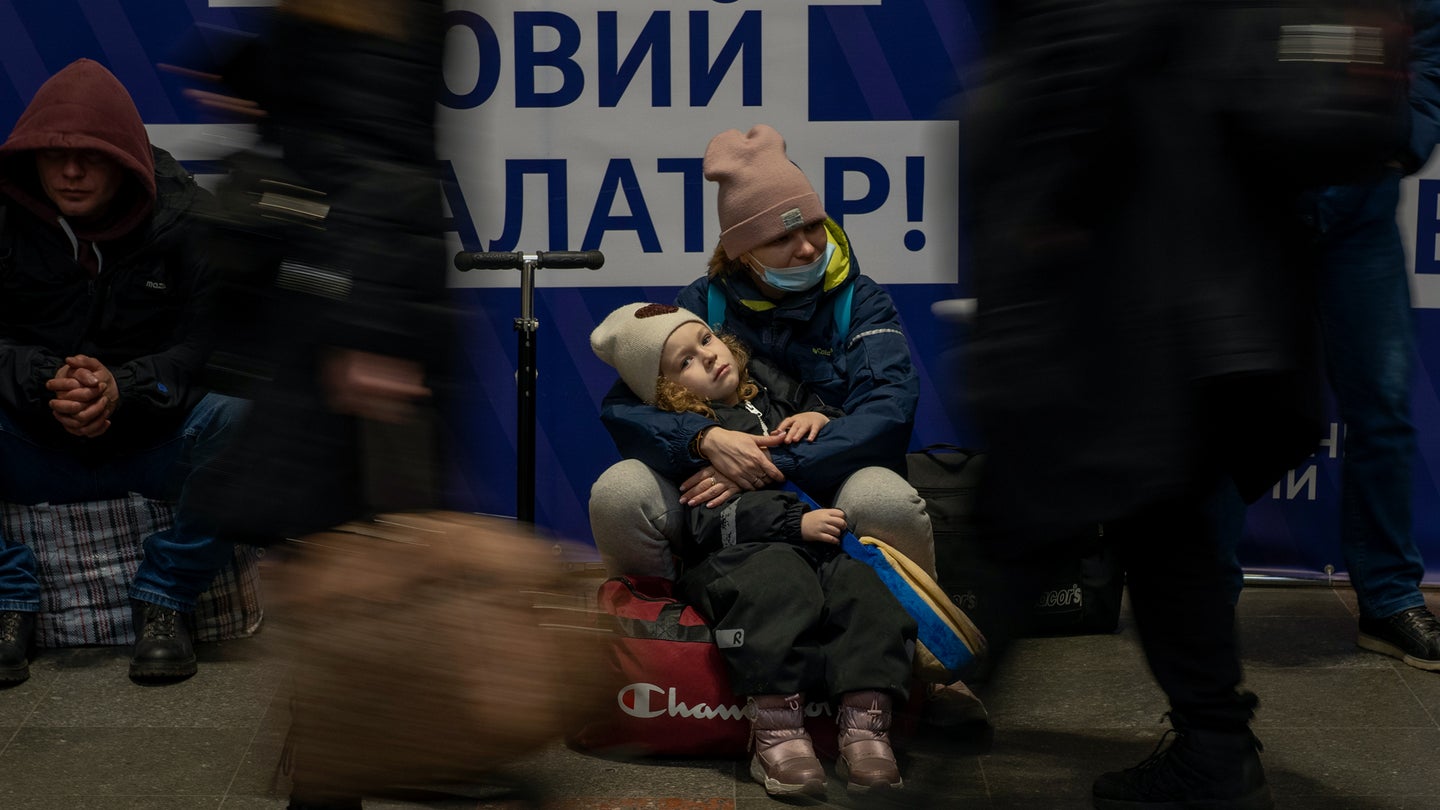 A woman with her daughter waits for a train as they try to leave at the Kyiv train station, Ukraine, Thursday, Feb. 24, 2022. (AP Photo/Emilio Morenatti).
SHARE

In the hours after Russia’s invasion of Ukraine began, citizens began taking shelter in subway stations, withdrew cash from banks, and filled their cars with gas, while others took only what they could carry and began fleeing the country.

“What we’re seeing are initial phases of a large-scale invasion,” a senior defense official told reporters on Thursday. The official added that Russia has “every intention of basically decapitating the government and installing their own method of governance.”

The attack that began in the early morning on Thursday, local time, has focused on three main advances from Russian forces, the official said. The first from Crimea to the southern Ukrainian city of Kherson; the second from north-central Ukraine to the south of the country, “basically from Belarus to Kyiv;” and the third from the northeast of Ukraine to the south.

While Russia is “making a move” on the capital of Kyiv, the official said, the heaviest fighting is around Kharkiv at the moment. The advances are “clearly designed to take key population centers.” Russian airborne troops assaulted an airport in Hostemel, according to CNN, which is about 21 miles from Kyiv.

“If it unfolds the way … we have come to believe that it will, it has every potential to be very bloody, very costly, and very impactful on European security writ large,” the official said. “Perhaps for a long, long time to come.”

One woman who lives in the capital of Kyiv, Yaroslava Antipina, told VICE News that through her window she saw “people with bags. Some of them were running.”

Another woman speaking with CNN’s Clarissa Ward on Thursday morning, from a subway station in which she and her two children were taking shelter, said that people are trying “to be brave because we have children. We don’t want to show them we are scared.”

The defense official said that, in the end, the war unfolding in Ukraine is “100% a war of choice” from Russian President Vladimir Putin.

“Whatever blood is spilled, whatever destruction is caused, however many lives are permanently altered … all of that has to be laid at his feet and his government,” the official said. “What we’ve seen already was 100% avoidable.”

Here’s what citizens and Ukrainian troops are seeing on the ground: