'He stopped fighting and just laid there until we landed' 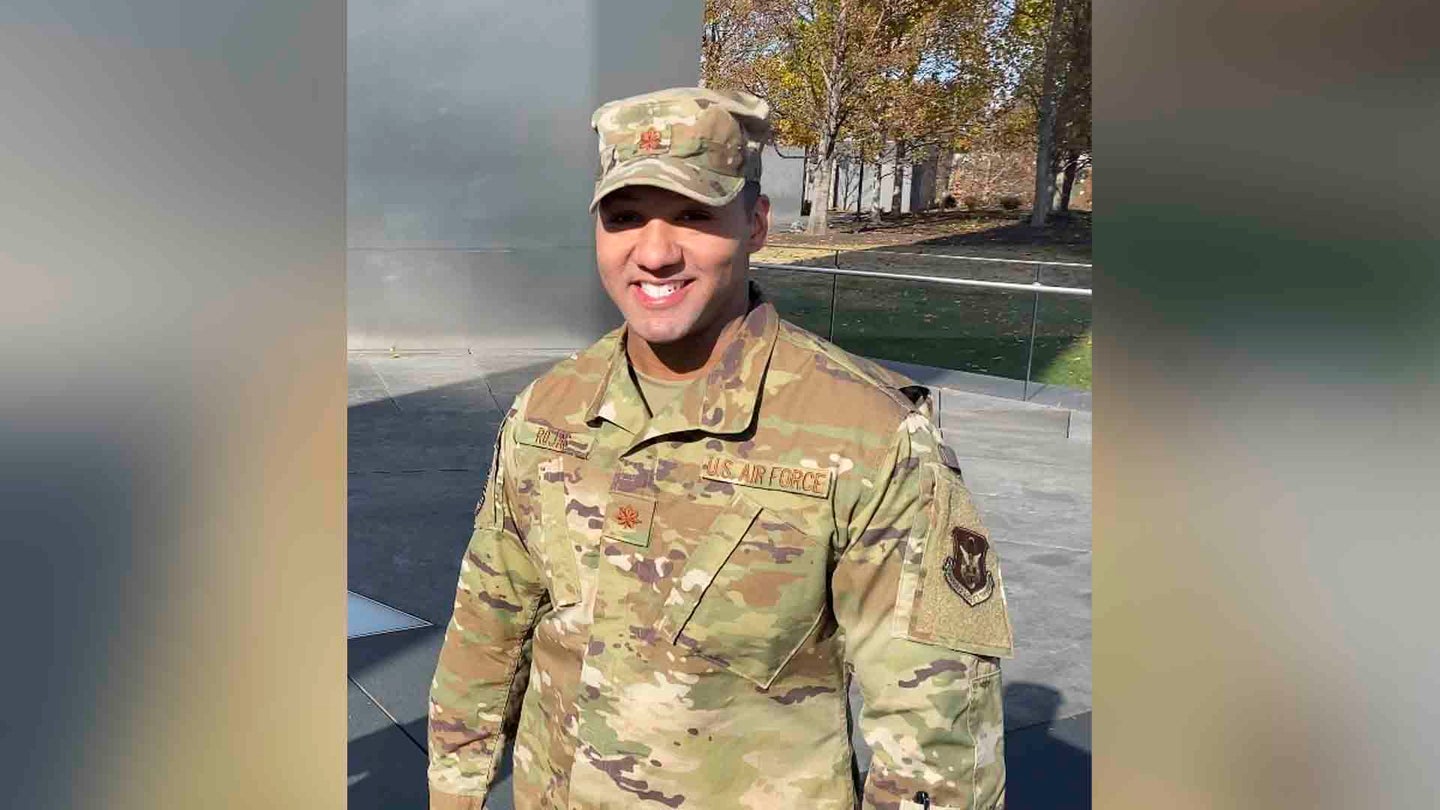 At least one service member helped flight attendants aboard American Airlines Flight 1775 on Sunday as they restrained a passenger who had tried to break into the plane’s cockpit and then open an emergency exit midair.

Air Force Reserve Maj. Carlos Rojas said he was watching a movie when the passenger, who has not yet been identified by the FBI, began to be disruptive.

Rojas said another man sitting near him first noticed that something was wrong. That man, who told Rojas he was an Army officer, tried to help flight attendants subdue the unruly passenger but it became apparent they needed backup.

“He came back and actually grabbed me and said, ‘Hey, I need your help,’” said Rojas, who is assigned to the 701st Combat Operations Squadron at March Air Reserve Base, California. “And that’s kind of how I got involved.”

Rojas also said he did not get the Army officer’s full name and knew him only as “Peter.” An Army spokesperson confirmed to Task & Purpose on Monday that the officer is an active-duty lieutenant colonel, who said he wishes to remain anonymous.

When Rojas got to the scene of the fight, the passenger was still trying to open the plane’s emergency exit, Rojas said. (At cruising altitude, an aircraft’s cabin pressure is higher than the air pressure outside, so the force needed to open an emergency exit mid flight should require more strength than a human being can provide.)

“Once Peter grabbed me, I went up to the front and helped him restrain the suspect, if you want to call him that, or the gentleman who was trying to open the door,” Rojas told Task & Purpose. “The flight attendants had done a good job of getting him away from the door, but he was still close to it and the handle was still open. So, as we were restraining the gentleman, one of the flight attendants was able to squeeze by me and shut the door handle.”

The plane, which was enroute from Los Angeles to Washington, D.C., was forced to make an emergency landing in Kansas City, Missouri. Mouaz Moustafa, who was on the flight, tweeted that the plane had to descend sharply at a rate of 5,000 feet per minute, making it feel as though the aircraft was in freefall.

During the scuffle, one of the flight attendants struck the disruptive passenger in the head with a coffee pot to subdue the man, Moustafa tweeted.

“We knew he was under control once we were able to get him fully restrained, with zip-tie handcuffs and duct-taped ankles,” Rojas said. “Once he was restrained, the other passenger, Peter, did a good job of talking to him and keeping him calm. He stopped fighting and just laid there until we landed (although we were still securing him just in case).”

After the plane landed, the man was taken off the aircraft by police.

Federal prosecutors identified the passenger on Monday as ​​Juan Remberto Rivas, 50, who has been charged with “assaulting and intimidating a flight attendant and thereby interfering in the performance of the flight attendant’s duties,” a Justice Department news release says. Rivas is currently in custody and his detention hearing has not yet been scheduled.

American Airlines has issued a statement expressing its appreciation to “the customers who stepped in to assist our crew.”

Rojas credits Peter the Army officer with taking the initiative to help the flight attendants bring the situation under control.

“It looked like – at least to me – that he had some training in that sort of an incident, restraining someone; so I was really just following his lead,” Rojas said.

At the time of the incident, Rojas was traveling for his civilian job, not for the Air Force, he said.

He said he decided to join the Air Force because he wanted to “give back.”

“I grew up with my dad, who was never in the military, but always had a large appreciation for the armed services,” Rojas said. “When I was in school, I didn’t know if I wanted to join the military – but I didn’t want to not join the military and have any regrets. So, I just kind of joined on a whim.”

UPDATE: This story was updated on Feb. 14 after the Justice Department identified the unruly passenger as Juan Remberto Rivas.