"Being an Army combat medic is beyond rewarding and I have no regrets about picking this career field." 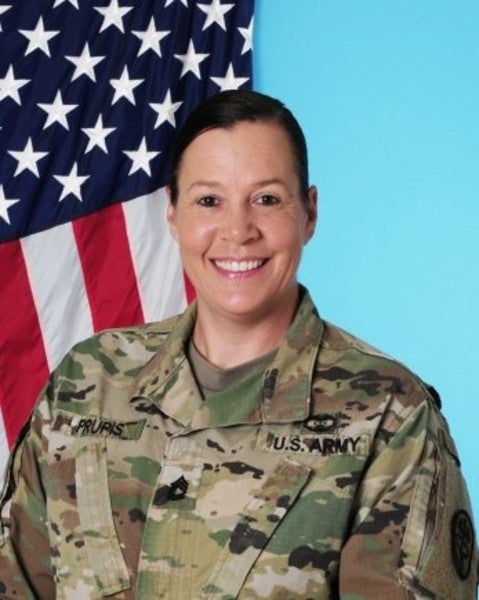 An Army combat medic recently gave new meaning to being in the right place at the right time.

Sgt. 1st Class Teresa Prupis was on a Dec. 14 flight from Portugal to Germany when the flight crew began asking if there was a doctor on board.

There was a 24-year-old man unconscious in his seat. She checked his airway and breathing, according to the story, and asked for medical equipment on the plane while her husband helped get the man onto the floor.

“I asked the flight attendant to get his legs elevated so more blood would circulate to his vital organs and I applied an oxygen mask,” she said. “Eventually he came to, we got him back in his seat and I was able to ask questions through an off-duty airline employee who was able to translate for me.”

Prupis told the pilot they could land in Germany as scheduled. When they touched down, there were medical professionals ready to assist “as soon as they opened the door to the plane,” according to the release. Prupis said this isn't the first time she's assisted another passenger on a flight: “My family says they don't want to fly with me anymore.”

Originally a police officer, Prupis decided to become a combat medic after being “taken back” by the care her dad received during his fight with cancer. She currently works as a liaison officer to the U.S. Army Europe Office of the Command Surgeon.

“Being an Army combat medic is beyond rewarding and I have no regrets about picking this career field,” Prupis said. “I think the U.S. Army does such a great job training personnel and it's an honor to assist anywhere.”