He watched a plane hit the Pentagon on 9/11. Then he braved flames and smoke to save lives 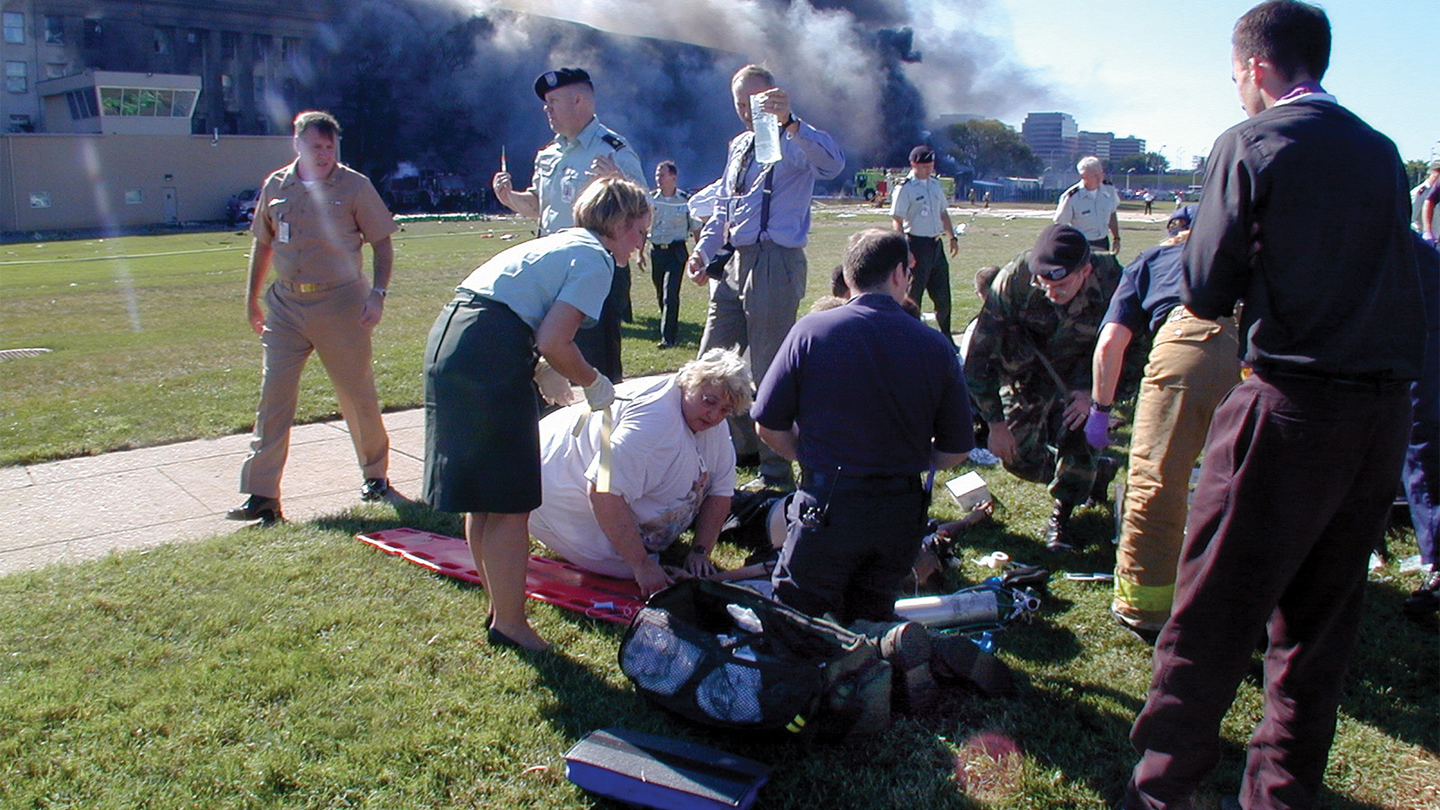 Editor’s note: This article was originally published on Sept. 11, 2020.

Army Capt. Lincoln Leibner was standing roughly 100 yards from where American Airlines Flight 77 crashed into the Pentagon on Sept. 11, 2001.

“It was powered in,” Leibner would tell then-Defense Secretary Donald Rumsfeld later that day. “It was flown in; no one grabbed the stick at the last moment and pushed it down or anything. It was full throttle.”

Leibner, who would go on to become a lieutenant colonel, was one of the first rescuers on the scene and he helped pull several people trapped inside the Pentagon to safety. His story is included in “Then Came the Fire,” an oral history of soldiers’ accounts of the attack on the Pentagon that was published by the U.S. Army Center of Military History in 2011.

This Friday marks the 19th anniversary of the Sept. 11 terrorist attacks that claimed the lives of nearly 3,000 Americans, of which 184 people were killed at the Pentagon. As the nation pauses once again to mourn, it is worth also remembering Leibner and all of the other heroes who ran toward the carnage.

Leibner served a strategist in the Army Reserve from 1984 to 1991 then entered active duty from 1991 to 2013, an Army spokesperson said, He deployed to Iraq from February to June 2006 and his military awards include the Purple Heart, Special Forces Tab, Air Assault Badge, and Master Parachutist Badge.

He was interviewed by the Center of Military History in January 2002 about his actions at the Pentagon during the attack. At the time, he worked for the defense secretary’s office. He was not supposed to be in the building that morning but after two planes hit the World Trade Center, he put on his uniform and headed to work.

He had just parked and was walking toward the Pentagon when he heard the roar of jet engines. At first, he thought it was a military flyover at Arlington National Cemetery, but when he turned his head, he could see American Airlines Flight 77 bearing down on the building.

“One of the most remarkable things to me was that … I was completely lucid, completely understanding of the situation,” Leibner said. “I can’t explain it. I never lost [it], never freaked. I watched the plane go in.”

Leibner was so close to the plane that he could actually see through its windows, he recalled.

The sounds of the explosion were like no other noise he’d ever heard before.

“I have heard artillery. I’ve heard rock concerts. I mean, I’ve heard every noise, you know, it was obviously the loudest noise I’ve ever heard in my life. . . . I stopped for a moment, obviously,” he said.

Leibner instantly became a first responder. His task was to help anyone inside the Pentagon get out of the building. The first woman he came upon was badly injured, so he placed his hand under her arm – where she wasn’t burned – to help her walk to safety.

When he returned to the burning Pentagon, he was hit by how thick the smoke was.

“I felt, subsequently, completely stupid because I know we tell every single third-grader to get down on your hands and knees and walk, but I didn’t,” Leibner said.

It was pitch black inside the Pentagon. Leibner could not see anything but he could hear people inside so he called out to them.

He found two people right inside a doorway trapped under a layer of rubble from the collapsed ceilings, so he moved some paneling and chicken wire so they could free themselves.

Soon, he was overcome by the smoke, but he could still hear people who were trapped inside.

“You couldn’t see and it hurt to breathe and I will admit to whatever fear I ever felt was that  —it becomes a game with how far you’re willing to leave the door,” Leibner said.

“It’s like spelunking or maybe, I’ve never, I’ve seen only in the movies where people go scuba diving underneath the ice. The idea of leaving your exit. So, I don’t know how brave I was to go further.”

Leibner then saw a person who was unable to get out of the building, so he crawled through a broken window and pulled himself through a broken ground-floor window and clawed his way past the debris, where he found several other people who needed help.

“Some were hurt badly,” Leibner recalled. “Others weren’t hurt at all. I got into the building where some people were by the window and was able to grab people and lower them down to other people who were taking them out.”

Eventually, Leibner was put in an ambulance and sent to a local hospital. Medics thought he might be seriously injured. He had burns on both hands and his shirt was covered in other people’s blood.

When he heard rumors at the hospital that the State Department and Capitol had also been attacked, he decided to return to the Pentagon, where he briefed Rumsfeld personally on what he had seen.

Even though Leibner insisted on continuing to work, he was ordered to go home later that evening.

Looking back later at the events of Sept. 11, Leibner said he wished he had never witnessed the attack on the Pentagon and its aftermath.

“A lot of people said, ‘All right, you know you’re lucky you saw it or you’re lucky that you were there,’” he recounted. “I would have preferred not to have been there.”