"I just wanted to hurt someone. Who would do this to us?" 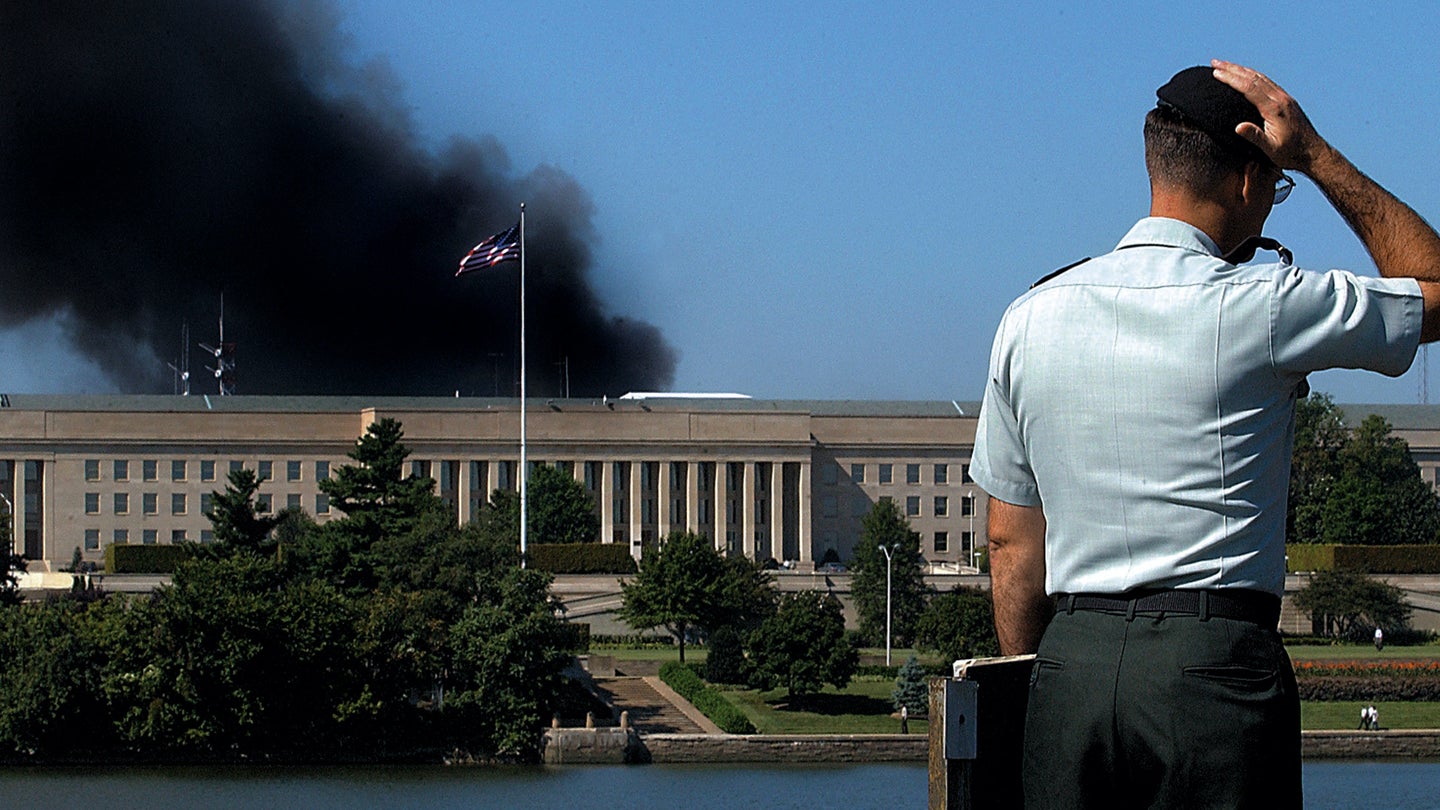 When he learned that two planes hit the Twin Towers in New York City on Sept. 11, 2001, Gerry Kitzhaber called his wife.

Kitzhaber, then a colonel at the Pentagon working in the Army’s collective training division, told his wife to turn on the television at home and see if she could find out what was going on. They hung up as he was getting ready to leave for a meeting downstairs from his office at the Pentagon. He had been delayed for one reason or another, but as he was just about to walk out the door, his wife called him back. They spoke for a few minutes about what she was seeing, and ultimately decided they’d cancel their dinner that night. It was his birthday.

“She asked me if I was okay there, am I safe in the Pentagon,” Kitzhaber recalled to reporters this week. “And of course I said well sure, nothing happens here.”

As he hung up the phone and turned around from his desk, American Airlines Flight 77 crashed into the west side of the building, hitting exactly where Kitzhaber would have been walking to his meeting.

Kitzhaber, now the deputy for training, readiness, and modernization to the Assistant Secretary of the Army for Manpower and Reserve Affairs, is just one of several veterans and soldiers who recounted the events of September 11, 2001, this week ahead of the day’s 20th anniversary. One hundred and eighty four people were killed at the Pentagon in the attack.

On that beautiful fall morning in 2001, Army Lt. Col. Marilyn Wills was in a conference room preparing to give her part of a presentation when the plane hit. She was blown to the other side of the room, and in the pitch-black darkness she helped lead another woman to safety as they crawled on their hands and knees. At one point the woman said she couldn’t go any further. Her nylon stockings were melting to her legs, Wills recalled.

“She said ‘Colonel, I can’t go any further.’ I said ‘Oh yes you can. Get on my back, I’ll carry you,’” she said. The two women eventually got to a window which they broke with the help of a soldier and her chief of staff, another colonel, by throwing a printer against it and repeatedly kicking the frame. When the woman Wills was with and the other soldier were evacuated out of the window, Wills and the colonel tried to find any other survivors lost in the dark and heavy smoke before they also got out through the window.

“We yelled and screamed, but no one came,” Wills said. “Col. McNair at that point said ‘Colonel, you will get out of this window right now.’ It’s the only decision in the Army I did not want to obey.”

Wills was awarded the Soldier’s Medal for her heroism in helping coworkers to safety, and a Purple Heart for her injuries. She retired as a colonel in 2013.

Col. Mark Lewis was waiting to meet with Lt. Gen. Timothy Maude, the Army’s chief of personnel. After he learned Maude was backed up with other meetings, Lewis was heading back to his desk when the plane hit.

“Immediately the building jolted, and then quickly filled with smoke in corridor four along with the almost prohibitive air debris that was filled with jet fuel fumes … you’d later be able to smell that jet fuel all over the Pentagon,” said Lewis, now the senior official performing the duties of the assistant secretary of the Army for manpower and reserve affairs.

Maude — who Lewis said was a “quintessential general,” smart, focused, personable, and caring — was the highest-ranking service member killed that day.

Wallace recalled the officer was wearing a polyester uniform that was melting from the heat and “matted to him.” Wallace and others picked him up and carried him to safety.

Each of their stories mirror what happened that day in New York. In the midst of chaos, Americans stepped up to help one another, in many cases saving the lives of others. Everyday citizens became heroes for the strangers around them.

Chief Warrant Officer 4 William Wilkins, a sergeant at the time, says he was simply doing his job. Wilkins was assigned to the Military District of Washington Signal Activity at Fort Myer, now known as Joint Base Myer-Henderson Hall, just a few miles from the Pentagon. When the plane hit, Wilkins recalled being able to see the smoke from where he and his soldiers stood and most assumed it was an accident of some kind, until his sergeant first class came out and told them to prepare to leave.

“This is not an exercise,” Wilkins recalled the sergeant first class saying. “This is a real life event.”

Within minutes, the soldiers were on their way. They set up a tactical operations center outside the building and continued helping in any way they could. What Wilkins said he remembers most is the smell: “To this day I can’t get over the smell,” he said.

But what Wilkins will likely be remembered for came the next day. He was still at the Pentagon when an Army captain approached with the garrison flag, the largest U.S. flag in the military’s inventory. The captain had been instructed by the Military District of Washington commander to hang the flag up, but Wilkins knew he wouldn’t be able to do it alone because of its size and weight.

Wilkins volunteered to help the captain, but told him they still needed more people. They approached the 3rd U.S. Infantry Regiment, known as the “Old Guard,” that was working to recover bodies from the crash site. There were dozens of white body bags lining the ground outside, Wilkins said. The captain went to the noncommissioned officer in charge of the team and asked if they could use one of their soldiers. After explaining their intent with the flag, the NCO directed a six-foot-nine private first class to help them.

The three soldiers got closer to the building, which Wilkins said was still sizzling. They told the firefighters working outside what they needed to do: Get up to the top of the Pentagon. The chief who was on the ground with the fire department found a safe zone on the roof and a group of firefighters went with the three soldiers. They anchored the flag to the roof and unfurled it over the side of the building, seen in what has since become an iconic photo.

For those who were at the Pentagon, and those who were not, this year’s anniversary of the Sept. 11 attacks is a complicated one, in no small part because of the recent, tumultuous end of the war in Afghanistan. For service members who served in the wars born in the aftermath of the terror attacks that day, the end of the war has stirred up complicated emotions and oftentimes painful reflection.

While the end of the war has been a long time coming, those who were at the Pentagon during the attack said they knew it would be a years-long endeavor. The Pentagon “transitioned to war immediately” in the wake of the attacks, Lewis said, and has barely slowed down since.

“I was angry,” Wills recalled after learning it was a terrorist attack. “I just wanted to hurt someone. Who would do this to us? And I think like most Americans, we wanted revenge.”

During a funeral for one of those killed in the Pentagon attack, Lewis spoke to a colleague who told him, “you know, it’s going to go on for a long time.”