"Officer Gonzalez embodied our values of integrity and service to others. 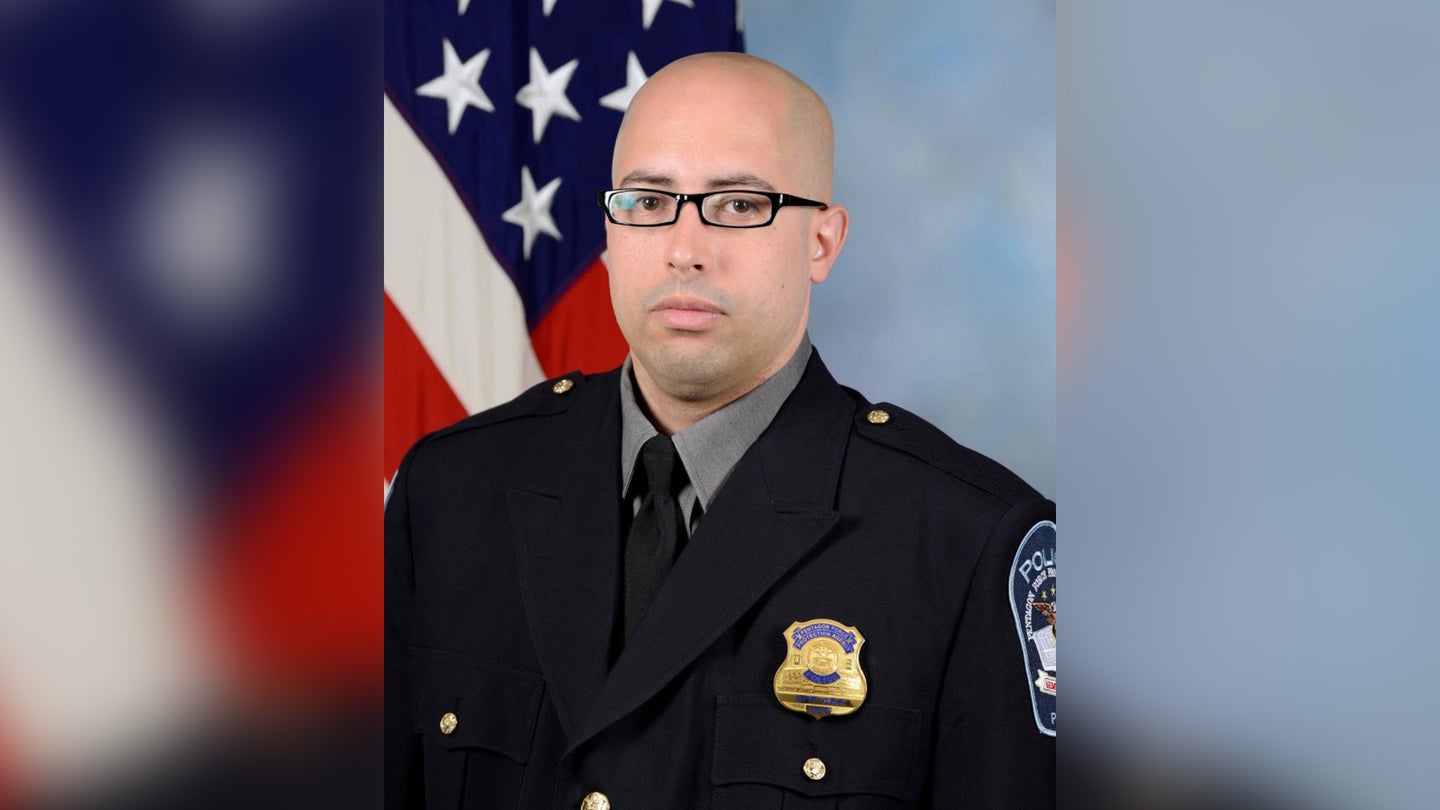 The Pentagon Force Protection Agency identified the police officer who was killed in the line of duty on Tuesday in a deadly incident outside of the Pentagon.

Senior Officer George Gonzalez, an Army veteran from Brooklyn, New York, was identified as the officer killed on Tuesday. A press release from the Pentagon Force Protection Agency called Gonzalez a “die-hard Yankees fan” who “took our mission of ‘protecting those who protect our nation’ to heart.” He was promoted to Senior Officer in 2020 and previously received the Army Commendation Medal for his service in Iraq.

“A gregarious officer, he was well-liked and respected by his fellow officers … Officer Gonzalez embodied our values of integrity and service to others. As we mourn the loss of Officer Gonzalez, our commitment to serve and protect is stronger. Officer Gonzalez’s family is in our thoughts and prayers. May he rest in peace,” the release said.

Few details about the incident are known. Pentagon Force Protection Agency Chief of Pentagon Police Woodrow G. Kusse said the officer was attacked at 10:37 a.m. on Tuesday at a bus platform outside of the building.

“Gunfire was exchanged and there were several casualties,” Kusse told reporters during a Pentagon news briefing. “The incident is over. The scene is secure. And most importantly, there is no continuing threat to our community.”

Kusse declined to provide any further details about what had happened, how many people had been injured, or the suspect in the case.

When asked a media report that the suspect had fled the scene, Kusse replied, “We are not actively looking for another suspect at this time.”

In a statement posted on social media, family members said they were heartbroken over the “tragic and sudden loss” of Gonzalez.

“We are heartbroken over the death of our son and brother, but we are so very very proud of the life he lived,” the statement read. “George devoted his life to serving his country; first in the military, and then, as a law enforcement officer, he continued to serve by protecting service members and citizens of this country. He had an infectious personality and was fiercely loved by his family and friends. He loved his country, his family, and the Yankees. He was one of the good guys with a big heart, and we will miss him always. We ask that you respect our privacy as we deal with the tragic and sudden loss.”

Defense Secretary Lloyd Austin announced on Tuesday that all flags on the Pentagon Reservation will be lowered to half-mast to honor the police officer. He also stressed that is important to let the investigation into the incident proceed “unimpeded and without speculation.”

“This fallen officer died in the line of duty, helping protect the tens of thousands of people who work in – and who visit – the Pentagon on a daily basis,” Austin said in a statement.  “He and his fellow officers are members of the Pentagon family, and known to us all as professional, skilled and brave.  This tragic death today is a stark reminder of the dangers they face and the sacrifices they make.  We are forever grateful for that service and the courage with which it is rendered.”

News about the deadly attack broke when Foxx News correspondent Lucas Tomlinson first tweeted at 10:49 a.m. on Tuesday that the Pentagon was on lockdown following a “shooting event” outside of the building.

The Pentagon Force Protection Agency issued a statement at 11:01 a.m. confirming the Pentagon was on lockdown “due to an incident at the Pentagon Transit Center.”

“We are asking the public to please avoid the area,” the statement said. “More information will be forthcoming.”

Roughly an hour later, the Pentagon Force Protection Agency tweeted that the scene was “secure.”

“It is still an active crime scene,” the tweet says. “We request that everyone stay away from the Metro rail entrance and bus platform area. Transportation at the Pentagon is diverted to Pentagon City.”

In March 2020, a man died after being stabbed at the Pentagon’s public transit stop.

UPDATE: This story was updated on Aug. 4 after the Defense Department identified George Gonzalez as the officer who was killed.