The Boston constable who was killed in a shootout with police officers on the evening of Oct. 12 appears to... 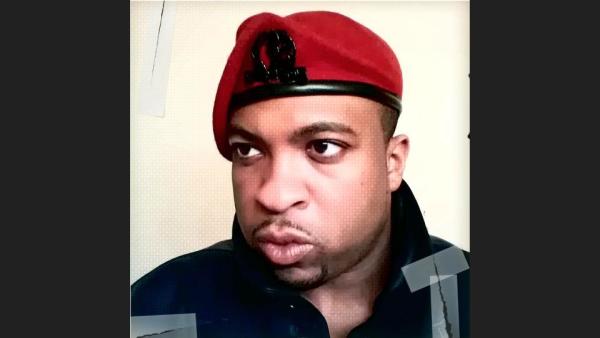 The Boston constable who was killed in a shootout with police officers on the evening of Oct. 12 appears to have grossly exaggerated his military service in order to build a career in private security.

Kirk Figueroa, 33, injured two police officers before he was mortally wounded in the firefight. The officers entered the deceased gunman’s home after he open fired on them with what officials described as a “tactical shotgun,” which he was not authorized to carry.

During a press conference on Oct 13., Police Commissioner William Evans said the injured officers, Richard Cintolo and Matthew Morris, were in stable but critical condition. Both men are currently being treated at Massachusetts General Hospital for multiple gunshot wounds.

Figueroa was the founder of Code Blue Protection Corp., a company that “provides unique, high tech security services for a diverse range of international clients.” He was also recently sworn in as a City of Boston constable, an assignment that allowed him to “serve legal papers connected to civil litigation,” according to the Boston Globe.

“Constable is very much like a mailman,” Evans said. “He goes and delivers civil process. He had no right in Massachusetts to possess the gun in hand.”

On Code Blue’s website,www.elitepolicing.org, which has been listed as “under maintenance” since the ordeal, Figueroa was described as having served for nearly a decade as a military police soldier in the Army Reserve. In reality, he had never even attended basic training, Army Times reported Thursday.

According to his company bio, Figueroa also worked as a corrections officer for the West Virginia Department of Military Affairs and Public Safety. The Boston Herald confirmed that he did, indeed, work in a maximum security prison in West Virginia, but for only less than a week, and also that he was hired under the assumption that he had “prior military service.”

On Oct. 12, just before 11 p.m., Boston police arrived at Figueroa’s home in response to a call of a possible domestic disturbance between two male roommates in the city’s East Boston neighborhood. The 9-1-1 call was made after Figueroa allegedly threatened his roommate with a large knife.

When the officers arrived, Figueroa was wearing a tactical vest and armed with the shotgun. In the ensuing gun battle, Figueroa shot Officer Morris, a 12-year veteran of the department, in his leg, striking an artery. Officer Cintolo, who was also critically injured, has served with the department for 27 years.

Nine other officers were treated at Tufts Medical Center for minor injuries and stress, NBC reports.

In an interview with New England Cable News, a third roommate, who was asleep in his room when the argument between his two roommates began, recounted hearing the gruesome scene unfold.

“It wasn’t until later that I really noticed, I just heard my roommate die,” he said. “To hear the screams, it’s chilling.”