Eugene Goodman is a former Army infantryman and an Iraq War veteran. 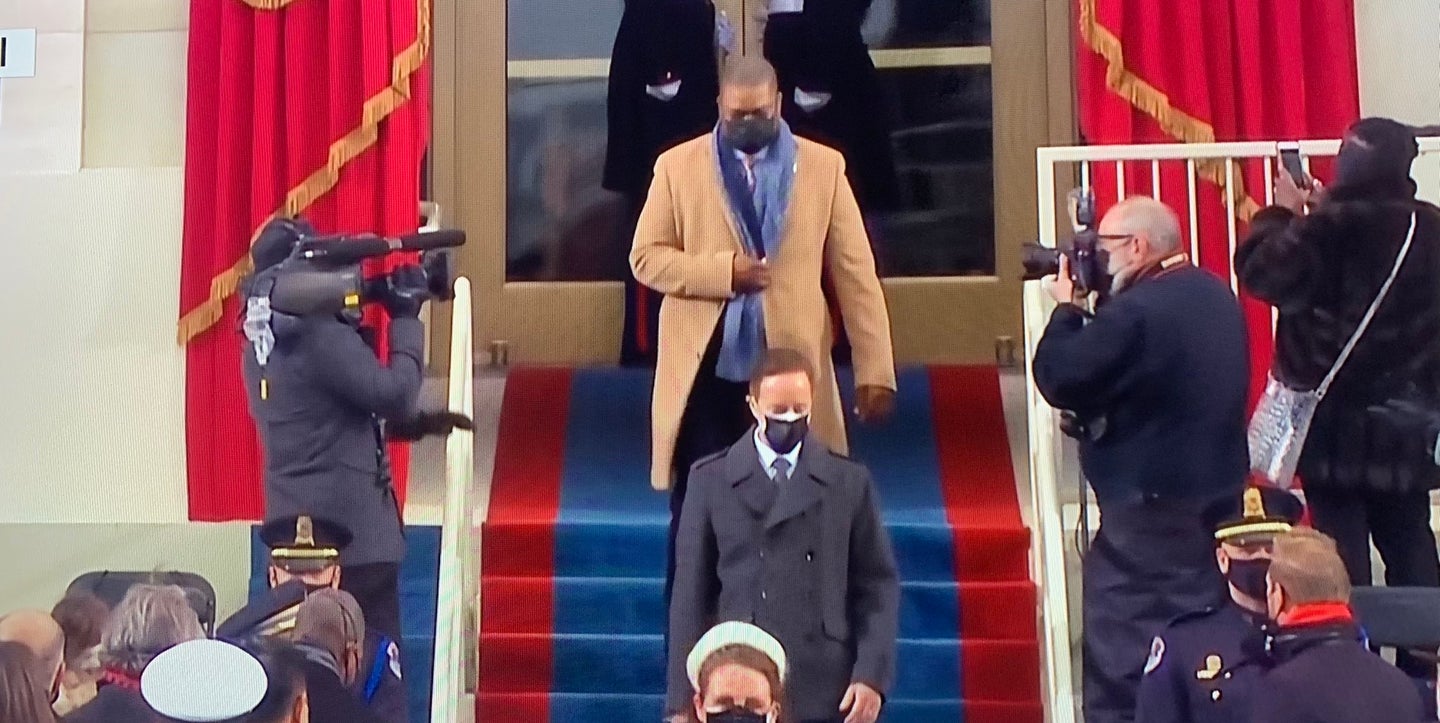 The former Army infantryman and Capitol Police officer who drew national acclaim after he was filmed standing up to rioters at the U.S. Capitol served as an escort to Vice President Kamala Harris during the Presidential Inauguration in Washington, D.C. on Wednesday.

Eugene Goodman was promoted to acting deputy Senate sergeant at arms, multiple news outlets reported, following the events at the nation’s capital earlier this month. Officials with President Joe Biden’s inauguration committee did not immediately respond to requests for comment on Goodman’s role in the Inauguration Day ceremony.

In any case, the honorific, and role change, seems fitting considering that Goodman stood toe-to-toe with an aggressive mob and lured them away from the Senate chambers where lawmakers were still gathered during the Jan. 6 riots at the Capitol.

Video footage of the encounter demonstrated Goodman’s calm and cool demeanor under pressure, and has helped fuel a campaign to see him awarded the Congressional Gold Medal.

A close analysis of the videos from that day showed that Goodman made a number of on-the-fly decisions that likely prevented further escalation: After blocking the mob at a doorway, Goodman fell back and moved up a stairwell to a hallway with the rioters close behind. Once at the top, he glanced to his left toward the Senate chambers and while blocking the door with his body, shoved the man leading the mob, and in doing so, kept their attention away from the Senate chamber before other officers provided back up.