The US Military Is Going All In On Hypersonic Weapons

Washington is stepping up its efforts to develop and field hypersonic weapons as it competes to retain America’s technological advantage... 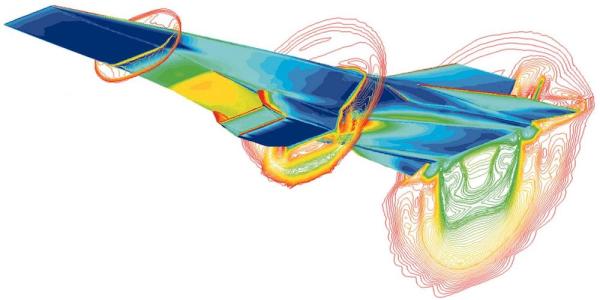 Washington is stepping up its efforts to develop and field hypersonic weapons as it competes to retain America’s technological advantage over Russia and China, both of which are developing similar systems.

As part of the Pentagon’s efforts to keep abreast of Moscow and Beijing’s developments, the United States Air Force has awarded Lockheed Martin a second contract to develop a hypersonic missile called the Air-Launched Rapid Response Weapon (ARRW). Earlier this year in April, the Air Force awarded the company a contract to develop the Hypersonic Conventional Strike Weapon (HCSW). Under the new contract, Lockheed Martin will provide the critical design review, test and production readiness support for the ARRW.

“We are going to go fast and leverage the best technology available to get hypersonic capability to the warfighter as soon as possible,” Air Force secretary Heather A. Wilson said in a statement.

The ARRW award is what the Pentagon calls an undefinitized contract. “This undefinitized contract action allows the Government to meet urgent needs by authorizing the contractor to begin work before reaching a final settlement on contract terms and conditions, to include a final negotiated price,” the Air Force said in a statement. “The contract is expected to be definitized within 180 days of award.”

This computational fluid dynamics (CFD) image shows the Hyper-X vehicle at a Mach 7 test condition with the engine operating.NASA photo

As mentioned previously, the ARRW is the second of two Air Force hypersonic weapons programs. On April 18, 2018, the service awarded Lockheed Martin a contract for the HCSW air-launched hypersonic missile that is worth $928 million through to an early operational capability that is expected in 2021.

“Our goal is rapid development and fielding of the HCSW system, and this contract is the first step in achieving that goal,” John Snyder, vice president of Air Force Strategic Programs at Lockheed Martin, said at the time. “Design, development, production, integration and test experts from across Lockheed Martin will partner with the Air Force to achieve early operational capability and deliver the system to our warfighters. We are incredibly proud to be leading this effort.”

The Air Force is pursuing the ARRW and the HCSW as prototyping efforts to accelerate American hypersonics research and development. As such, the Air Force is using “rapid prototyping authorized by Section 804 of the FY16 National Defense Authorization Act to explore the art-of-the-possible and to advance these technologies to a capability in 2021,” the service said in a statement.

While both weapons are similar in that they are air-launched hypersonic systems, the two missiles are not redundant or duplicative. “The ARRW and HCSW efforts are developing unique capabilities for the warfighter and each has different technical approaches, “ the Air Force said. “The ARRW effort is ‘pushing the art-of-the-possible’ by leveraging the technical base established by the Air Force/DARPA [Defense Advanced Research Projects Agency] partnership. The HCSW effort is using mature technologies that have not been integrated for an air-launched delivery system.”

But the ARRW and HCSW are not the only hypersonic weapons technologies the Pentagon is pursuing. The Department of Defense, Missile Defense Agency,

Air Force, Navy, and Army signed a memorandum of agreement to work cooperatively on hypersonic boost-glide technology development on June 28. Russia and China have already made significant strides in the development of such boost-glide weapons.

“The Joint Team requires the right mix of agile capabilities to compete, deter, and win across the spectrum of competition and conflict,” Air Force Chief of Staff Gen. David L. Goldfein said. “We must push the boundaries of technology and own the high ground in this era of great power competition and beyond.”