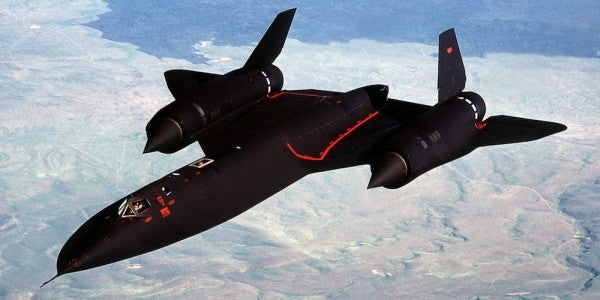 The SR-71 Blackbird — the long-range Mach 3 recon and strike jet dreamed up by Lockheed Martin’s legendary Skunk Works division, world’s fastest jet-propelled aircraft, and preferred delivery craft for unusually talented multinational paramilitary squads — may be among the most awe-inspiring aircraft in the history of manned flight, engineered to literally outrun enemy missiles with the slip of a switch. And while the iconic hypersonic jet was retired by the Air Force in 1990, its successor’s elegant design may scream across the horizon sooner than expected.

In an interview with Aviation Week, Lockheed Martin Advanced Development Programs chief Rob Weiss revealed new details of the SR-72, the proposed ultra-secret Blackbird successor designed to reach Mach 6 with advanced hypersonic technology developed by Skunk Works and the Defense Advanced Research Projects Agency. And according to the Skunk Works chief, the company is inching toward a “sufficiently mature” flight demonstrator.

“We’ve been saying hypersonics is two years away for the last 20 years, but all I can say is the technology is mature and we, along with DARPA and the services, are working hard to get that capability into the hands of our warfighters as soon as possible,” Weiss told Aviation Week.

The revelations from Weiss are the first since Lockheed Martin and the Air Force announced the development of an SR-72 flight demonstrator in 2013.

Over the last four years, Skunk Works has been busy. While technical details of the next-gen recon jet’s engines are (obviously) scant, Aviation Week notes that Lockheed Martin partnered with aerospace and defense firm Aerojet Rocketdyne in 2006 to develop a combined cycle engine that, by incorporating the more advantageous functions of a scramjet, could accelerate the SR-72 to Mach 6 in minimal time.

The SR-71B Blackbird, flown by the Dryden Flight Research Center as NASA 831, slices across the snow-covered southern Sierra Nevada Mountains of California after being refueled by an Air Force tanker during a 1994 flight. SR-71B was the trainer version of the SR-71.Photo via DoD/Wikimedia Commons

According to Weiss, the SR-72 demonstrator’s development is based on the HTV-3X reusable hypersonic demonstrator, developed as part of DARPA’s Falcon program but scrapped by the Air Force in 2008. And following what Weiss described as “critical” ground tests, Lockheed Martin is “on track to begin development of an optionally piloted flight research vehicle (FRV)” by 2018, with flight testing by the late 2020s, according to Aviation Week.

“I can’t give you any timelines or any specifics on the capabilities. It is all very sensitive,” Weiss told the magazine. “Some of our adversaries are moving along these lines pretty quickly and it is important we stay quiet about what is going on.”

Let’s just hope it handles better than the X-Men’s ride: