Everything is bigger in Texas — including, it seems, F-16 paint jobs 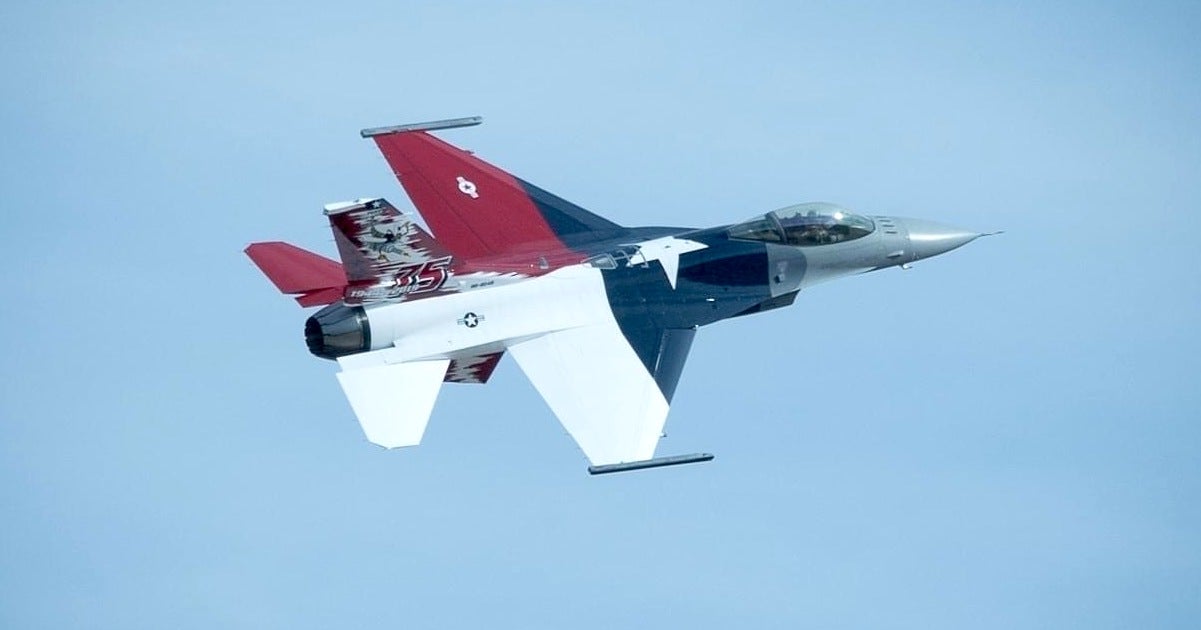 Everything is bigger in Texas — including, it seems, F-16 paint jobs.

To commemorate its 75th anniversary in 2019, the 301st Fighter Wing’s 457th Fighter Squadron recently decked out a heritage F-16 Fighting Falcon with a bold paint scheme to pay tribute to the squadron’s home state of Texas.

The ‘Lone Star State’ scheme was first spotted last week as the jet traveled to its home of Naval Air Station Joint Reserve Base Fort Worth in Texas, according to our colleagues at The War Zone, with photos of the paint scheme recently appearing on the Defense Visual Information Distribution Service.

As The War Zone observed, the jet’s tail fin features silhouettes of the fighters flown by the squadron through its 75-year history, from the P-51 Mustang to the F-16 Fighting Falcon.

First established in 1944 as a long-range fighter unit under the U.S. Army Air Forces, the 457ths initially flew Mustangs during World War II, escorting B-29 bombers in raids against Japan out of North Field on the island of Iwo Jima in the spring of 1945.

Deactivated in December 1945, the unit was redesignated the 457th Strategic Fighter Squadron under the brand new U.S. Air Force and formally reactivated in January 1953, with pilots operating the F-84 Thunderjet and F-100 Super Sabre during the Korean War.

Once again deactivated in April 1959, the unit was reactivated as the 457th Tactical Fighter Squadron chock full of F-105 Thunderchief fighter jets in July 1972 under the Air Force Reserve. The unit finally gained its modern designation as the 457th FS in February 1992 when it traded in its F-4 Phantoms for F-16s.

Before the 9/11 terror attacks launched the Global War on Terror, the 457th FS participated in no-fly-zone enforcement missions over Bosnia and Iraq. Following the invasions of Iraq and Afghanistan, 457th FS aircraft deployed in support of Operation Iraqi Freedom and Operation Freedom, as well as Operation Atlantic Resolve in Europe.

We salute you, 457th FS: nothing says “we love our heritage” like embracing a bold paint job to flaunt it.