Ke’Arre Stewart, a 29-year-old Texas native who served in the 4th Infantry Division in Iraq, died a hero in the... 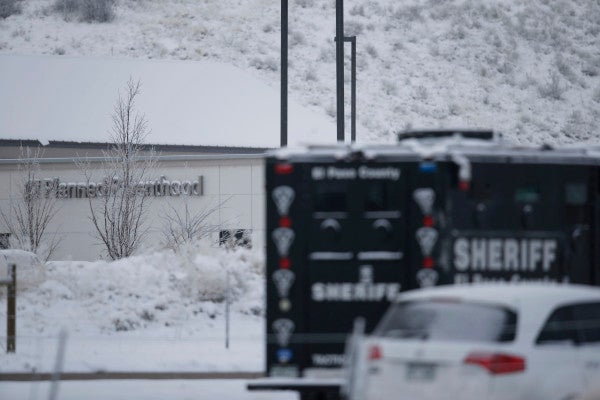 Ke’Arre Stewart, a 29-year-old Texas native who served in the 4th Infantry Division in Iraq, died a hero in the Colorado Springs Planned Parenthood shooting, his brother Leyonte Chandler, said in an interview with NBC News.

Stewart was standing outside of the clinic looking for cell phone service when the shooting began on Nov. 27.

After being shot, he ran back inside to tell the people to take cover and hide, Chandler said. “People were terrified, people were crying and scared, seeing other people get shot … I believe my brother put his life on the line to prevent that. That's definitely heroic.”

Stewart, who graduated from La Vega High School in Texas, joined the Army in 2004.

In 2013, Stewart was transferred to Fort Carson in Colorado Springs before being discharged from the Army.

Tony Fischer, a fellow veteran who served with Stewart in Iraq from 2005 to 2006, told The Huffington Post, “When you're done with combat, that's when people quit dying. It’s not when we’re hanging out at the grocery store, or at church or the shopping complex where Planned Parenthood is. When you come home you’re not supposed to worry about that stuff.”

Fisher, who was with Stewart the night before the shooting to celebrate Thanksgiving, said, “He was a proud man that served his country very well. It takes a lot to make an infantry guy sad and there are a lot of sad infantry guys around here tonight.”

Stewart was one of three people killed in the attack, and he leaves behind a wife and two young daughters. Civilian Jennifer Markovsky and police officer Garrett Swasey were also victims of the shooting.