Upstate New Yorker Cathy Scoppo was relieved to find that an American flag stolen from her was recovered by Missouri... 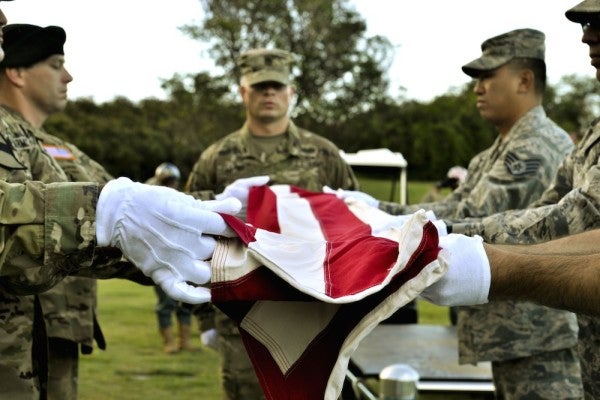 Upstate New Yorker Cathy Scoppo was relieved to find that an American flag stolen from her was recovered by Missouri police in Willard County on the Fourth of July.

Scoppo lost her father in 1969 when she was just 14 years old. He served during World War II and died of cancer at just 47. Upon his death, she was given the flag, which draped the casket during his funeral.

She said the flag was stolen on Memorial Day, as she displayed it at her family’s Cherry Grove campground near Wolcott, in Wayne County, New York.

The alleged thief is a Missouri teenager who was visiting his grandparents at the campground. Texts apparently implicated him in the crime.

Over the last month, Willard County police worked with Wayne County police to try to get the flag home to Scoppo, however they told her that there was a possibility that the flag could not be retrieved.

According to Ozarks First, Scoppo said she was very pleased with the response she received from the authorities in terms of the timeliness and investigation, but sad to know that she may not get the flag back.

However, she was elated when she received word from the Missouri police that they had in fact recovered the flag.

New York Daily News reported that Scoppo, through tears and cracking voice, told The Associated Press, “I can't wait to touch it.”