A newlywed Camp Pendleton Marine and his wife are short — really short — on rent money after a woman... 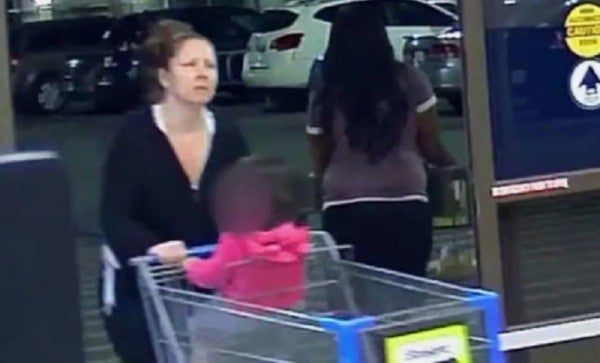 A newlywed Camp Pendleton Marine and his wife are short — really short — on rent money after a woman stole thousands in checks from the couple and cashed them at a series of Walmart stores in Southern California.

The three MoneyGrams, worth more than $2,000, were stolen from the mailbox at the Hampton Pointe Apartments leasing office in February, according to an ABC News affiliate in San Diego. Checks from several nearby apartment complexes were also swiped.

Police are searching for a woman who was spotted on security cameras at two different Walmart stores, one in San Bernadino and another in Highland, where she cashed the checks the same day they were stolen, according to a Fox News affiliate in Los Angeles.

“She's actually seen entering with a child in a shopping cart when she does it. So she's even got a small child with her when she's committing these crimes,” Anaheim Police Sgt. Daron Wyatt told an Anaheim ABC News affiliate.

A May 17 video uploaded to the Anaheim Police Department’s Facebook page shows the suspect as she entered the Walmart in Highland.

Law enforcement officials believe the woman, thought to be in her 30’s, is using a fake identity to alter and cash the checks.

The Marine’s rank was not released by the police, but $2,000 represents a significant chunk of change to most service members, even for a married Marine living in a high-COLA part of California.

“He's not only fighting for us, but he's fighting for her, and she goes out and commits this crime,” Wyatt told ABC.