Fake Marine to spend at least 2 years in prison for defrauding $250,000 from veterans charities 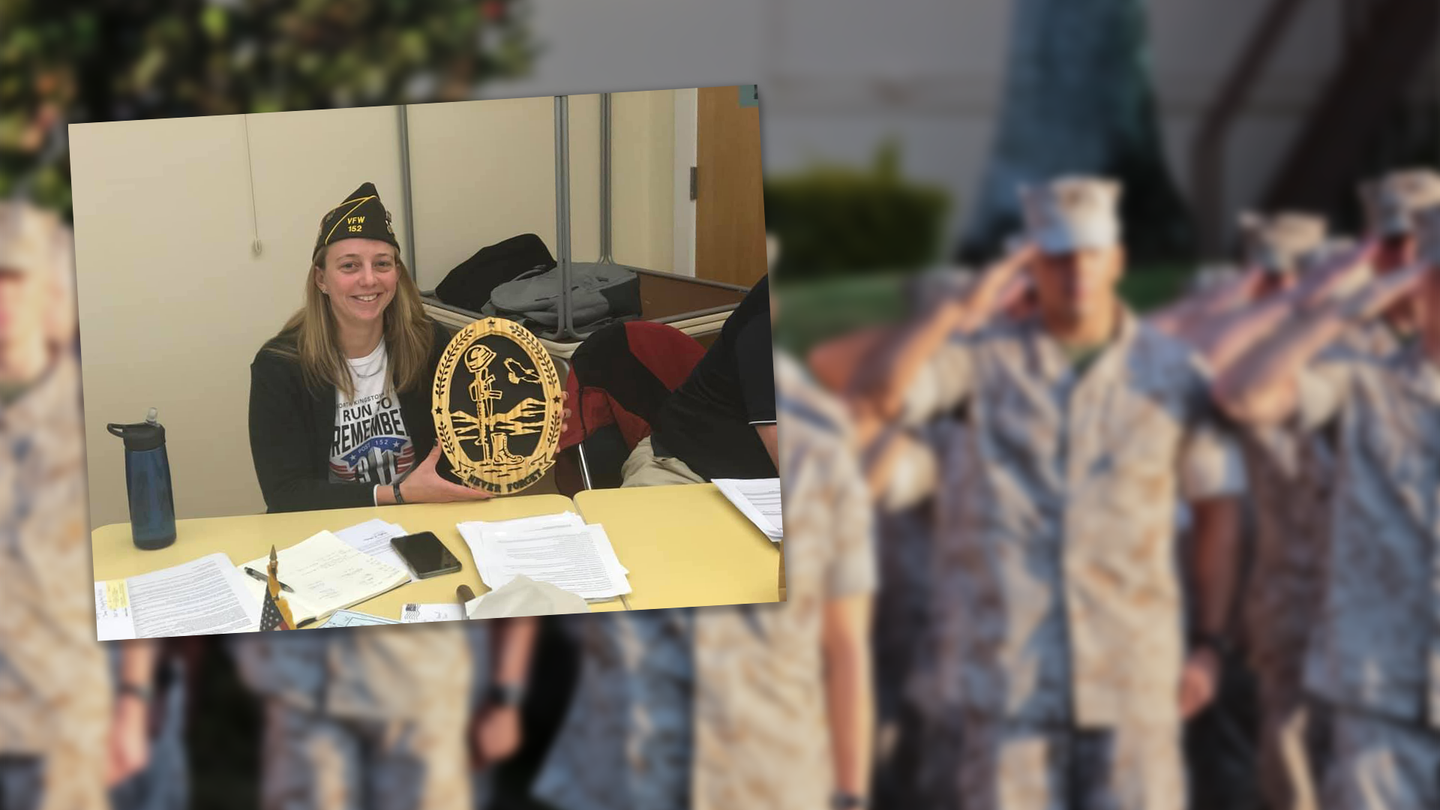 A woman who falsely claimed to be a wounded Marine combat veteran who was dying of cancer to bilk veterans charities for more than $250,000 faces at least two years in prison under a plea agreement with federal prosecutors, according to the Justice Department.

Sarah Jane Cavanaugh, 31, has agreed to plead guilty to wire fraud, aggravated identity theft, forgery, and fraudulent use of medals and to pay more than $82,000 in restitution, according to her plea agreement, which the Justice Department has posted online. The aggravated identity theft charge carries a mandatory sentence of two years in prison, which would run consecutively to any other sentences imposed by the federal judge.

In return for pleading guilty, prosecutors will recommend that a judge sentence Cavanaugh to a prison term “at the low end of the guideline sentencing range for the offense level” under federal sentencing guidelines, the plea agreement says.

The plea agreement did not specify exactly how much prison time prosecutors believe Cavanaugh should receive. Imposed consecutively, the maximum punishment for the charges she faces is 24 years in prison, a $450,000 fine, and 3 years of supervised release.

Cavanaugh’s sentencing hearing has not yet been scheduled. Neither Cavanaugh nor her attorney could be reached for comment on Wednesday.

In a Feb. 1 interview with Task & Purpose, Cavanaugh said she had never claimed to be a Marine veteran suffering from cancer. She also denied that she had been affiliated with Veterans of Foreign Wars Post 152 in Rhode Island, even though she had served as the post’s commander until resigning in January. She went on to claim that she never intended to accept any donations from charities.

However, Federal prosecutors have accused Cavanaugh, who never served in the U.S. military, of obtaining medical records and other information for a Marine veteran and a Navy veteran suffering from cancer while she worked as a social worker at a Department of Veterans Affairs medical center in Providence, Rhode Island.

Investigators determined that Cavanaugh had gained access to the records for Marine veteran Patrick Hurney, whose Electronic Data Interchange Personal Identifier number was on the DD-214 form that Cavanaugh had used as proof of service in the military, according to an affidavit filed by the VA’s inspector general’s office. The name of the Navy veteran whose information Cavanaugh is accused of using has not been publicly released.

Federal authorities also uncovered an email that Cavanaugh had sent from her official VA account to a business in San Diego, in which she ordered a Purple Heart and Bronze Star Medal with “V” device for valor, the affidavit from the VA inspector general’s office says.

Cavanaugh is accused of repeatedly lying about being a Marine veteran wounded in combat and dying of cancer to solicit money from veterans organizations, the affidavit says. The Wounded Warrior Project, for example, provided her with about $207,000 between 2017 and 2021 to help Cavanaugh pay for groceries and physical therapy sessions.

The Code of Support Foundation also helped Cavanaugh receive more than $18,000 in money or benefits, including more $10,000 from another organization, The Matthew Pucino Foundation, to repair her home furnace, according to the affidavit.

Marine Maj. Thomas Schueman considered giving Cavanaugh a job at Patrol Base Abbarte, the nonprofit veterans group that he founded, but he noticed that the DD-214 she had submitted did not say she had been medically retired. It also listed her rank as corporal at the time of her separation even though she claimed to have been a staff sergeant.

“She said: ‘Oh, I was court-martialed before I got out of the Marine Corps because I was being sexually assaulted by my commanding officer on ship and I shot him as he attempted to sexually assault me,’” Schueman told Task & Purpose in February. “And I’m like ‘OK.’ So, she said: ‘I got reduced two ranks.’”

Cavanaugh’s alleged masquerade came to an end in January after she asked the HunterSeven Foundation, a prominent advocacy group for veterans who have become ill due to exposure to toxic substances, for help paying her medical bills. The organization tried to verify Cavanaugh’s time in the military and discovered she had no service record. Although the HunterSeven Foundation had not raised money specifically for Cavanaugh, the group returned any donations it had received after sharing her story.

While the nonprofit groups that Cavanaugh is accused of defrauding will make their money back over time, it is the veterans of the Post 9/11 wars who will end up suffering the most, said Chelsey Simoni, executive director of the HunterSeven Foundation.

“Anyone can sit in a jail cell for two years,” Simoni told Task & Purpose on Wednesday. “Money can always be made and repaid. I just wish she could see the reality of actual veterans suffering from cancer after serving selflessly on behalf of our nation.”

“I wish she could see what a typical day looks like for us here at HunterSeven Foundation, take a walk in our shoes,” Simoni continued. “From sunup to sundown, a new veteran with cancer, another veteran passed away, another one put on hospice, another in need of a bone marrow transplant. I want her to experience that. That painful, emotionally draining, heartbreaking day-to-day.”