Mattis Says He Has Cautioned Trump Not To Visit War Zones 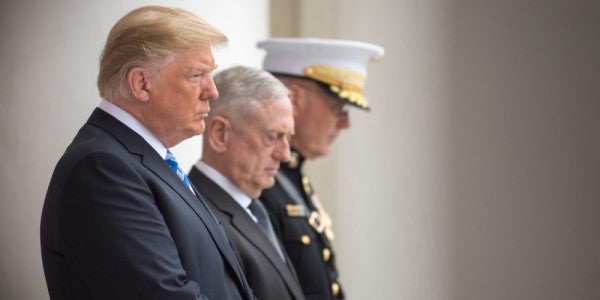 While some critics insist that President Donald Trump should visit U.S. troops overseas, Defense Secretary James Mattis thinks it unwise. In fact, the SecDef told reporters on Wednesday that he has urged the president to stay away from war zones.