President Donald Trump doesn't seem to know how members of the military are paid, according to a new report from... 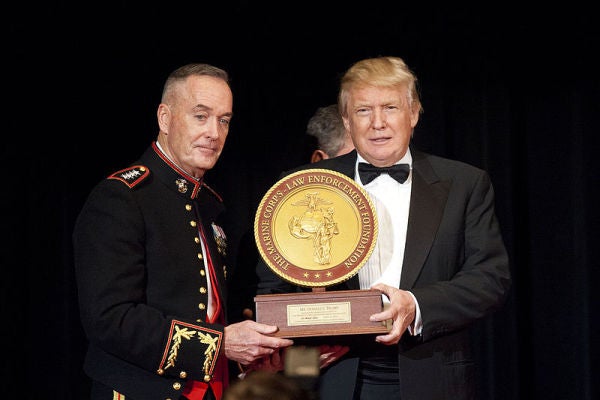 President Donald Trump doesn't seem to know how members of the military are paid, according to a new report from The Washington Post.

Retired Gen. John Kelly, now the White House Chief of Staff, has told others in the administration that Trump once guessed the Chairman of the Joint Chiefs was pulling in $5 million a year, according to The Post.

Kelly, who the Post described as startled, informed the president he made under $200,000.

Everyone in the military, from private to general, is paid according to a standard table that increases based on pay grade and time in service. A private just joining the Army, for example, takes in just under $20,000 in base pay.

Meanwhile, Chairman Gen. Joseph Dunford, a four-star general with 41 years of service, rakes in $189,600 in base pay. He could be making more than that if he is also taking advantage of a basic allowance for housing or other incentive pays, but obviously, it's not going to be anywhere close to $5 million.

Still, according to the Post, Trump noted Dunford had four stars and “suggested he get a large raise.”