Well, it finally happened. The U.S. Navy has taken away the beloved perk of keeping that long, flowing Navy hair... 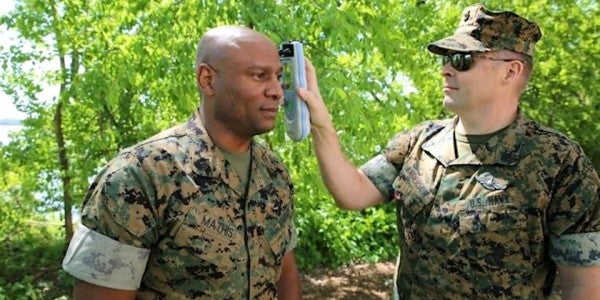 The U.S. Navy has taken away the beloved perk of keeping that long, flowing Navy hair away from its corpsmen and other sailors assigned to Marine Corps units.

The new rule, effective immediately, makes sailors adhere to the Corps' uniform regulations requiring specific hairstyles, lengths, and shaving guidelines they were previously exempt from. In the past, corpsmen, chaplains, and other Naval medical personnel assigned to the Marines followed their own regs, which allowed a bit more than the Marines “neat and closely trimmed” hair guidelines.

Still, this probably doesn't mean your platoon's doc is going to have to get a high-and-tight haircut, although that's perfectly acceptable. Male sailors serving with Marines will be able to take a seat at the local barbershop and request a “low-reg” haircut that will get them within the standard just fine.

The sergeant major will still be annoyed, however.