As a child in Baghdad, he watched US Marines on patrol. Now he’ll make Marines as a drill instructor

"I had already been through so much worse, what’s the worst that could happen?” 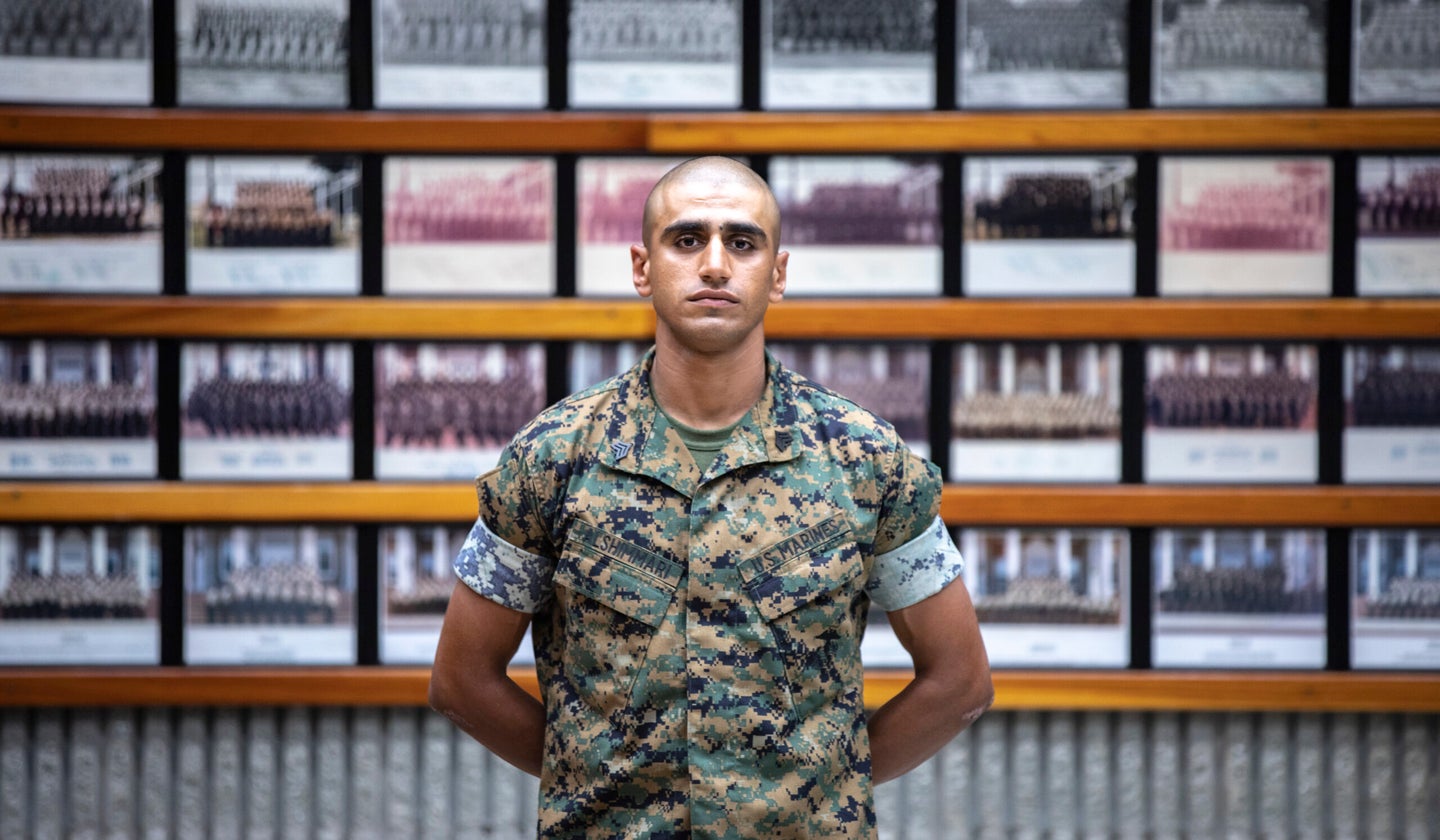 As an 11-year-old kid growing up in war-torn Baghdad, Alshimmari recalls being treated well by the U.S. Marines on patrol, according to a recent Corps news release. It’s part of the reason why he is wearing the same uniform today and will soon be molding civilians into the next generation of U.S. Marines.

Now grown up, he will soon be known as Drill Instructor Sgt. Alshimmari after he graduates from the 11-week drill instructor training course. Though the recruits under his care at Marine Corps Recruit Depot Parris Island, South Carolina will mostly refer to him as “sir.” Loudly.

“I saw joining the military as a way to give back,” said Alshimmari. “I never really liked to take the easy way in things; I think I saw the Marine Corps as a challenge I had never experienced, and I had already been through so much worse, what’s the worst that could happen?”

In fact, the Marine sergeant has seen a lot in his life. Growing up in the heart of Baghdad, Alshimmari remembered a “really scary” childhood, with firefights going on for hours and having to come to peace with the fact that some of his loved ones could be killed. A mortar fell on his neighbor’s house once. “You hear something pop off and your only thought is, ‘Thank God it wasn’t me,’” Alshimmari said. “Every time it happened was scary, but I had grown used to it.”

Still, there were better times growing up, particularly when American service members would patrol near his grandparents’ farm.

“The Marines would give me and my sisters gifts when they could stop on their patrol,” he said, including a football and a bag of tennis balls. “I actually ate an MRE before I even joined the military. Giving a kid something like that is giving them the world, even if I didn’t know what something like a football was used for at the time.”

In the years after the U.S. invaded Iraq in March 2003, the American military coalesced around a largely unsuccessful strategy of “winning hearts and minds” in both Iraq and Afghanistan that spurred massive civilian infrastructure projects. At the ground level, that meant troops were simultaneously scanning windows for snipers, looking out for roadside bombs, and glad-handing with locals, drinking tea, and handing out candy to kids.

“Most of our patrols are about building rapport with the people,” said one 19-year-old Marine after patrolling through Hit, Iraq, in March 2008. “We accomplished our mission out there.”

Despite Alshimmari’s boyhood nostalgia over Meals Ready To Eat, which are admittedly designed to be edible first and tasty second, something must have been in there worth trying again. Because in 2011, Alshimmari and his father, who worked as an electrician at an American military base and had received death threats from insurgents, were able to move to Texas and by the fall of 2015, Alshimmari was chowing down on MREs at Marine Corps boot camp.

“When I talked to him about how he got to where he is today, where he experienced what he did as a child in Iraq, and having been there myself it was different,” said 1st Sgt. Juan Segura, who met kids just like Alshimmari overseas. “The kids we saw when we went on patrols were the future, and we learned that if we treated them as such, they would go on to do great things just as Alshimmari has.”

Segura, the senior enlisted advisor of Marine Drill Instructor School and one of Alshimmari’s instructors, was struck by the sergeant’s resiliency and said he stood out among his fellow future drill instructors for his professionalism and determination.

“What I see in Alshimmari is that, somewhere down the line, a Marine or a few Marines got it right,” Segura said. “And now not only to come to the United States to become a citizen, but to also become a Marine and serve; and on top of everything, have the desire to make and lead the Marines of the future…that is admirable.”