An FBI attorney was arrested in Feb. 2018 after she was seen placing "numerous cosmetic items" into her purse while shopping at the Marine Corps Exchange in Quantico. 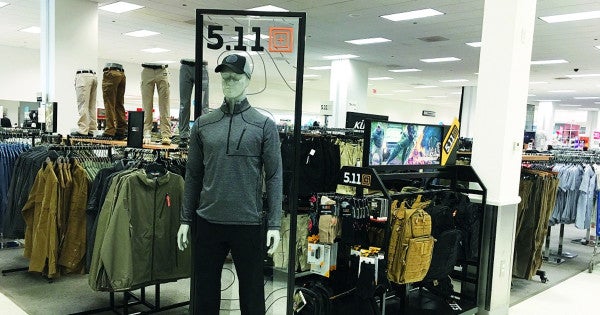 An FBI attorney was arrested in Feb. 2018 after she was seen placing “numerous cosmetic items” into her purse while shopping at the Marine Corps Exchange in Quantico, Va., according to a Department of Justice investigative summary and a spokeswoman for the base.

According to the investigative summary, the unnamed FBI attorney admitted to stealing items valued at $257.99, and further admitted she had shoplifted roughly five additional times from the exchange and other area retailers between Feb. 2016 and Feb. 2018.

Before she was arrested, exchange security observed the theft, which was also captured by closed-circuit video cameras inside the exchange, according to Capt. Allison Burgos, a spokeswoman for MCB Quantico.

Military police issued her a citation that was forwarded onto federal court, Burgos said.

“The [Office of Inspector General] concluded that the FBI attorney had violated federal criminal law and FBI policy regarding unprofessional conduct,” the summary said. Criminal prosecution was deferred and ultimately dismissed after the attorney completed 125 hours of community service, the investigative summary said.

The attorney was barred from accessing the exchange, commissary, and other MCCS facilities for two years, Burgos said.