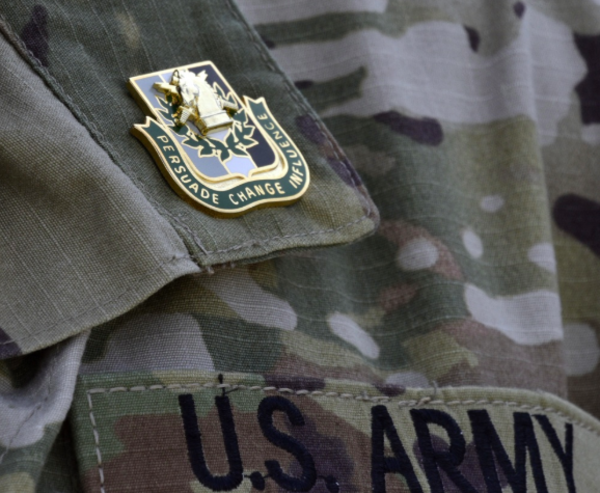 More than 300 Psychological Operations (PSYOP) non-commissioned officers with the 1st Special Forces Command are going to be promoted at the end of May, in the largest-ever promotion ceremony of its kind.

The event is the “largest single promotion ceremony ever conducted for an Army Special Operations military occupational specialty,” 1st Special Forces Command announced in a press release on Monday.

The PSYOP rank structure is undergoing a redesign after a review revealed that the current rank authorizations were “inadequate to account for Soldiers' extensive training and education in influence theory, human dynamics, psychology, sociology, language, culture, and politics,” per the release.

1st Special Forces Command spokeswoman Maj. Beth Riordan told Task & Purpose that not only do these soldiers have the qualifications for the ranks they're being promoted to, but having a higher rank will allow them to better execute their duties, especially when overseas.

Known for dropping propaganda leaflets to win over the populace or sometimes blasting heavy metal to mess with the bad guys, Psyops Specialists are known as “influence experts, who … craft messaging to influence and engage target audiences,” according to the Army. They specialize in a number of things, including “unconventional capabilities, cultural expertise, language proficiency, military deception,” and more.

Nothing is changing in the soldier's duties, or the training they receive, Riordan said.

All of those being promoted are either going from E-5 to E-6, or E-6 to E-7. The ceremony will be conducted by Maj. Gen. John Deedrick, commanding general of 1st Special Forces Command, on May 31 at Fort Bragg.

SEE NEXT: How The Military Conducts PSYOPS