‘Y’all know an undertaker?’ — How the Air Force foiled a half-baked murder plot in Louisiana

“Do you know a hitman or something … And yes I’m serious.” 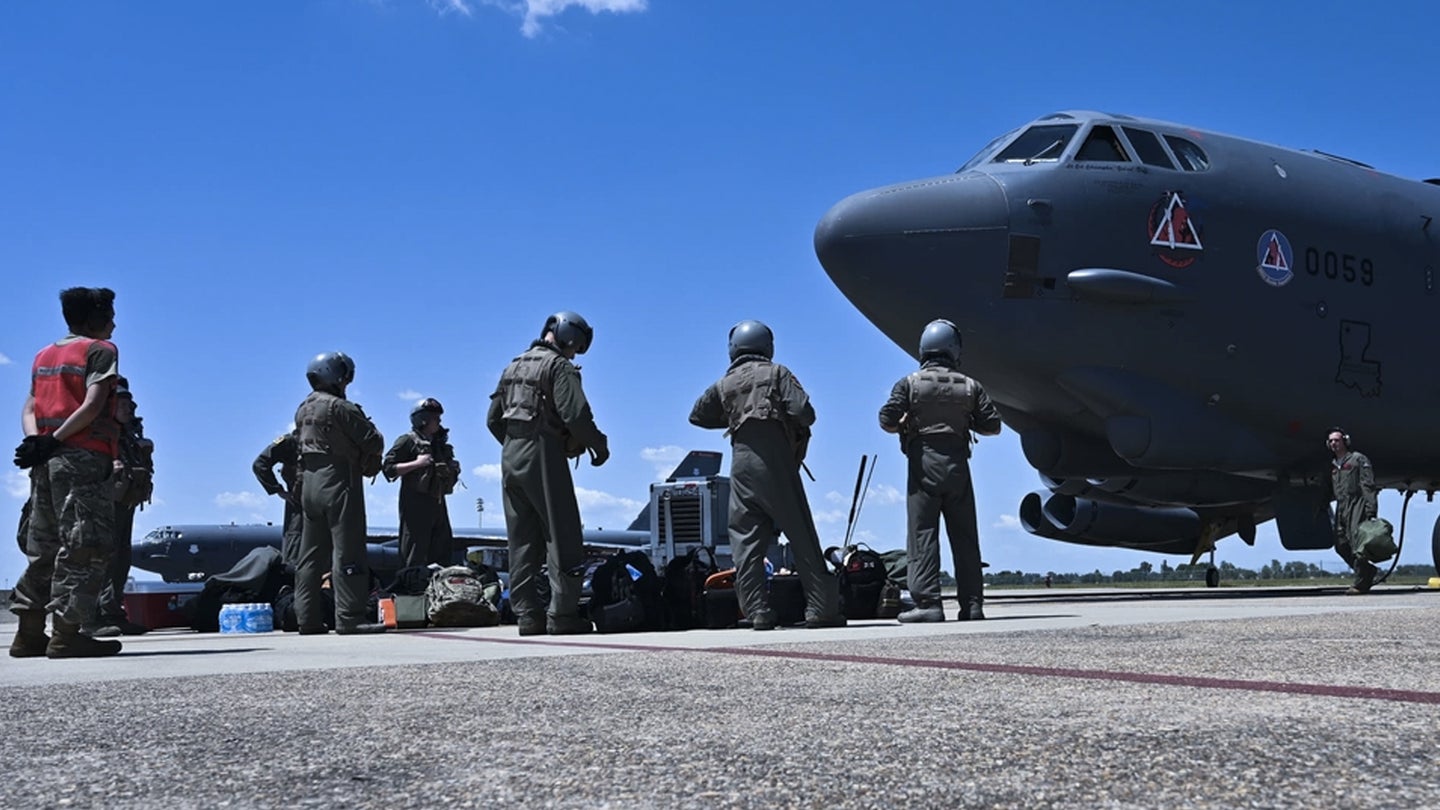 A recently-released court document reveals how the Air Force Office of Special Investigations foiled a half-baked plot by an airman to kill her estranged husband in order to receive a $100,000 life insurance payout in late 2019.

The airman, Airman 1st Class Katelyn L. Day, was stationed at Barksdale Air Force Base, Louisiana before she pleaded guilty to attempted wrongful possession of fentanyl; attempted premeditated murder; attempted conspiracy to commit premeditated murder; solicitation to commit murder; and attempted conspiracy to commit murder. On July 23, 2020, she was sentenced to dishonorable discharge, confinement for 10 years, and reduction in rank to airman basic, the lowest enlisted rank in the Air Force.

It’s probably not the outcome Day had in mind five years ago, when she met her husband in an outpatient treatment center in Shreveport, Louisiana, according to an opinion released by the U.S. Air Force Court of Criminal Appeals last week which recounted the background of Day’s case. The husband, named “TD” in the opinion, and Day married in July 2017, two months later. But the airman soon realized she was getting more than she bargained for.

Shortly after marrying him, Day learned TD was in an “on-again, off-again” relationship with “JM,” who gave birth to TD’s child two weeks after TD and Day got married. Then, in December 2018, Day gave birth to her and TD’s only child, but they encountered financial problems since TD “was only making minimum wage while working a part-time job.” The couple tried marriage counseling, but in February 2019, Day told TD she wanted to separate. TD moved out in March and was ordered to pay child support, “but was inconsistent in doing so.” In April, Day filed for divorce, but things were about to get more complicated.

Since Day and TD had a child under the age of 18, Louisiana law dictated they had to live apart for at least a year before a judge would grant them a divorce. In the meantime, TD still was not paying consistent child support, leaving Day as the sole supporter of the child, which on an E-3’s salary must have been daunting. Given her money issues, Day started thinking about the $100,000 life insurance policy she had secured through the military after getting married and adding TD as a dependent. That policy would end if she and TD divorced. Day was also worried TD “would take their child from her and she did not want TD to have custody,” the opinion said.

Considering this stress, Day began to find solace in an unlikely place: JM, the woman with whom TD shared a child and an earlier relationship. JM, Day, and two other people chatted in a Facebook Messenger group titled “Hot Mess Express,” where they commiserated about TD.

“That 100,000 would be real nice. Pay bills off and get a car we need. Put the rest away for [TD’s child] later,” Day said, before later stating that many of the bills “are ones [TD] racked up that I got stuck with.”

Things became serious on October 10, 2019, when Day and JM shared privately on Facebook Messenger that they both hated TD.

“Have someone kill him … then we won’t have to deal anymore,” Day said. “I’ll give you half his life insurance.”

About a month later, the airman started putting out feelers for somebody to help her out.

“Y’all known (sic) an undertaker? I’m not kidding,” she asked the Hot Mess Express on November 15. “To the person that hooks it up I’ll split the life insurance.”

Four days later, she contacted a former boyfriend named SP, asking “Do you know a hitman or something … And yes I’m serious.”

When asked by SP why she was messaging him on Facebook about such a serious subject, Day said “because my text [messages] can be subpoenaed and I can delete Facebook.”

After speaking with her over Snapchat, SP “got the vibe” that Day was trying to get him to kill TD for her. Later, Day asked a coworker, JJ, saying “I will give you $50,000, half of the insurance money, to kill him.” JJ responded, “I’m not going to kill your husband. Get someone else to do that.

“There is no perfect crime,” he added. “Don’t you watch reality TV crime shows? You are going to get caught.”

But Day was persistent, asking JJ about it again the next week, and a third time a few days after that. Day even went so far as to hand JJ a piece of paper with her husband’s social security number, phone number, address, place of work and travel times. She also referred to a bush in front of her house that she wanted removed, which JJ believed was code for killing TD. JJ decided he had had enough on November 30, when Day texted him saying she had a plan. When JJ said he was going to call the police, Day responded: “Oh wow. That’s a real change in position. I won’t talk to you anymore then.”

JJ contacted the Bossier Parish Sheriff’s Office, saying he believed TD’s life was “in danger.” The sheriff’s office contacted Day, who told them “she was having a normal divorce with custody issues, and that JJ was a friend who she had asked to assist her with cutting a bush in her yard.”

Her brush with the police did not seem to scare the airman: that same day she contacted an old acquaintance, “TL,” who convinced Day to pay him $100 a month to teach her how to fatally poison TD. But time was running out for Day: by December 15, the Air Force Office of Special Investigations started working on the case. AFOSI agents interviewed JM, TD’s previous partner, who agreed to become a confidential informant for them.

One day, JM asked the airman how hiring a hitman was going, and Day said she was thinking of putting “muscle relaxer and pain killers” into a drink and giving it to TD.

“It would only make sense for me to get the stuff and you put it in the drink because you’re around him more than me,” JM told Day.

The two hatched a plan to poison TD’s favorite energy drinks and snacks. They also talked about the kind of car Day would buy with the life insurance payout. On December 18, AFOSI agents gave JM “a small package” containing the poison Day would buy from JM. Agents told JM to tell Day that the white substance was fentanyl, though in reality it was not. The two women met at a Walmart, where Day bought the substance for $100. When JM asked Day how she was going to murder TD, she said “I was going to put it in that [drink] and be like, ‘Stay hydrated.’”

The airman said she planned to do it in three days, but she never got the chance. After Day bought the substance, AFOSI agents showed up to her residence on Barksdale Air Force Base. The airman admitted to her plan to murder TD, admitted to believing the substance she bought from JM was illegal, and admitted to planning to put it in TD’s drink. Still, there were a few details left unresolved. Day “did not know how fast the ‘fentanyl’ would kill TD, but she felt sure TD would be dead by the following Monday,” the opinion said.

Now two years later, the judge, Charlton Meginley, denied Day’s appeal request and affirmed the airman’s 10-year prison sentence. Unfortunately, Day’s case is only one of several recent crimes involving airmen based at Barskdale. In November 2020, Jareona Crosby, who was 19 at the time, pleaded guilty to second-degree murder in the 2018 shooting death of Tech Sgt. Joshua Kidd, 30, who was killed chasing down two would-be car burglars, according to local news station KTBS 3. In January 2019, Airman 1st Class Isaiah Edwards was sentenced to 35 years in prison after he was found guilty of murder in connection to the death of a fellow Barksdale-based airman, Airman 1st Class Bradley Hale, in Guam.

“I’ve been stationed at eight installations in my 25 year Air Force career and I have never experienced as many murders involving airmen and their families,” according to local news website Bossier Now. “Since I took command in June of 2018, five members associated with Barksdale Air Force Base have been murdered.

“This issue is not one we will solve quickly or by assigning blame,” he added. “We must work together to build safe communities.”

Task & Purpose reported at the time that Miller ordered a 1.2-mile run in response to an uptick in suicides and the series of murders, where he told his airmen that suicide was “a chickenshit way to go,” a statement that he later apologized for.

“Let me say that my choice of words was poor,” Miller said in his apology on Aug. 5, 2019. “I referenced the act of suicide in a manner that was insensitive and inappropriate.”

However, “that one sentence doesn’t capture the context or intent of the message I was trying to relay,” he continued. “Battling through pain to ask for help is one of the most courageous things we can do. Asking for help is hard, so we need to build that sense of family where it is acceptable to ask for help from each other.”