Both of the facility’s Douglas DC-3 planes sustained at least $15,000 in damages due to vandalism, according to the airport. 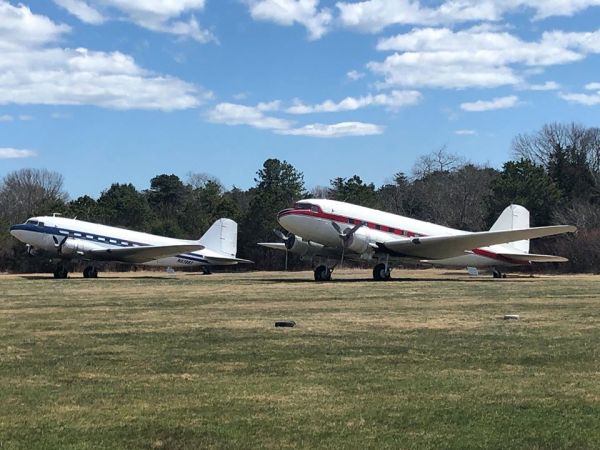 Two World War II-era planes at the Cape Cod Airfield were vandalized over the weekend, the airport announced Saturday.

Employees at the airfield found that both of the facility’s Douglas DC-3 planes sustained at least $15,000 in damages due to vandalism, according to the airport.

The planes are antiques that were used by the Allies in the second World War, the airfield noted.

“In these difficult times we at the airfield know that more people than usual are utilizing the trails in the conservation land,” the airfield said in a Facebook post. “We welcome this, however this increased foot traffic has started to bleed onto airfield property.”

The airport added, “Doing this to an aircraft is the equivalent to pushing down a World War II veteran just to watch him fall.”

The Cape Cod Airfield’s Douglas Sleeper Transport, a plane meant for overnight journeys, is one of only a few left in the world, according to the airport. The other aircraft was specifically built for the U.S. military as a C-53.

Both planes served the country in World War II and then became commercial aircrafts, the airfield noted.

“Combined, these two pieces of history have flown over 130,000 hours,” the airport said in its statement. “These damages are not in the budget. Repairing them is going to be a challenge.”

A reward is being offered by the airfield to anyone with information that leads to the person or people responsible for the vandalism.

“This is an additional blow to our airfield family that we do not need in these trying times,” the airport’s statement said. “With COVID-19, we are worried about our families’ safety, keeping our small business open, and now we have to worry about further vandalism to the property.”