You can now own Gen. Patton’s WWII Command Car

Nothing screams "I'm a boss" like driving a car fit for one — especially if that car was once the preferred ride of Gen. George S. Patton 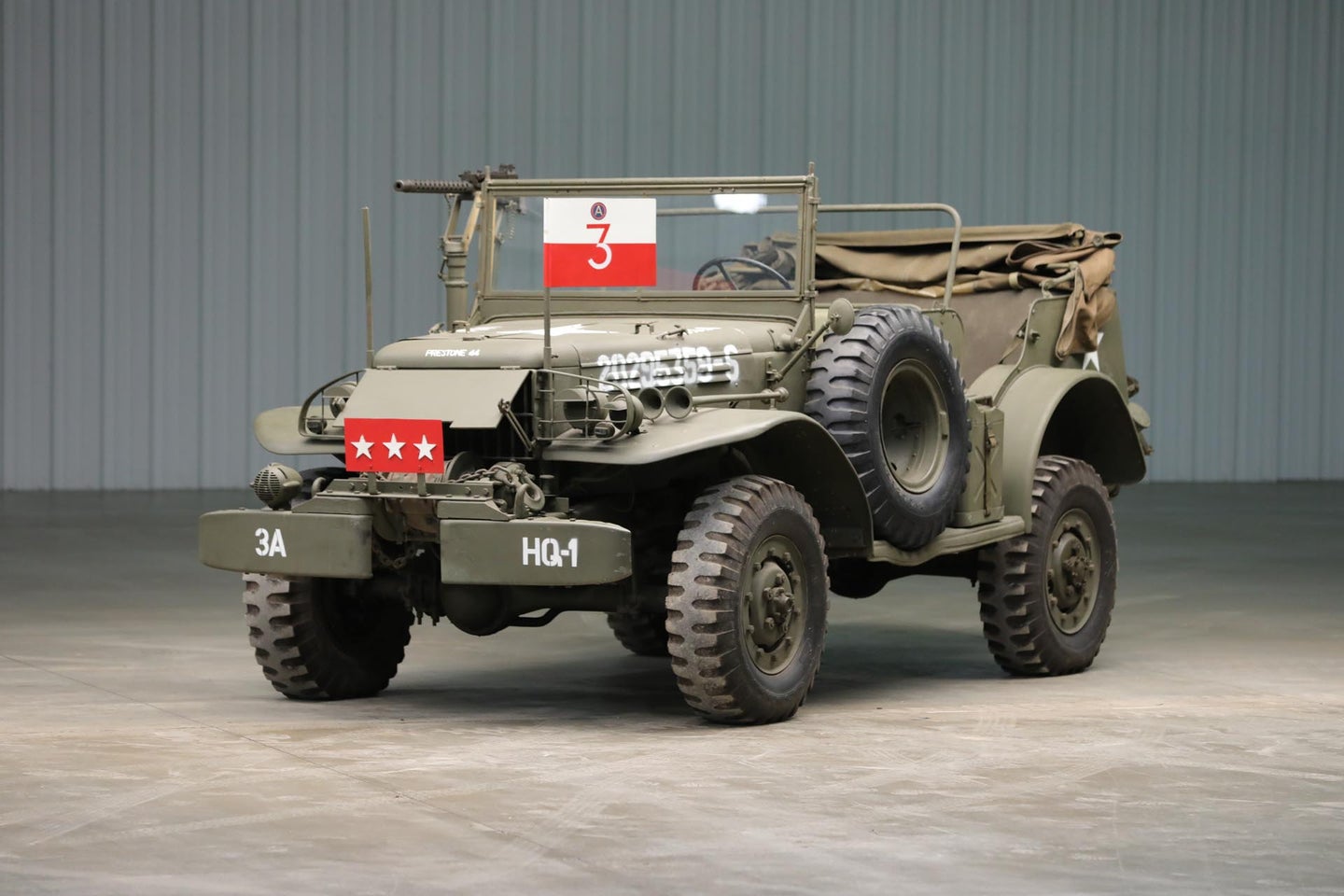 Nothing screams “I'm a boss” like driving a car fit for one — especially if that car was once the preferred ride of Gen. George S. Patton.

A Dodge WC-57 Command Car that once carted around the legendary Army general is coming up for auction on June 13 from host company Worldwide Auctioneers, according to our friends at Military Times.

The 4×4 Command Car, purpose-built in 1944 and currently outfitted with a refurbished 92-horsepower Dodge 6-cylinder, comes with a slew of modifications incorporated specifically for the general, including extra armor plating and high-volume horns and siren, according to Worldwide Auctioneers.

“What this vehicle represents is so impactful and so important,” Worldwide Auctioneers principal John Kruse said of the vehicle. “To own a piece of history from World War II such as this … is a spectacular opportunity.”

Check out some images of Patton's favorite ride below and learn more about this one-of-a-kind vehicle from Worldwide Auctioneers.