He spent three years as a POW during WWII. Now he’s finally being recognized for his heroism

"He truly represents members of the greatest generation, who did so much but asked so little from their country." 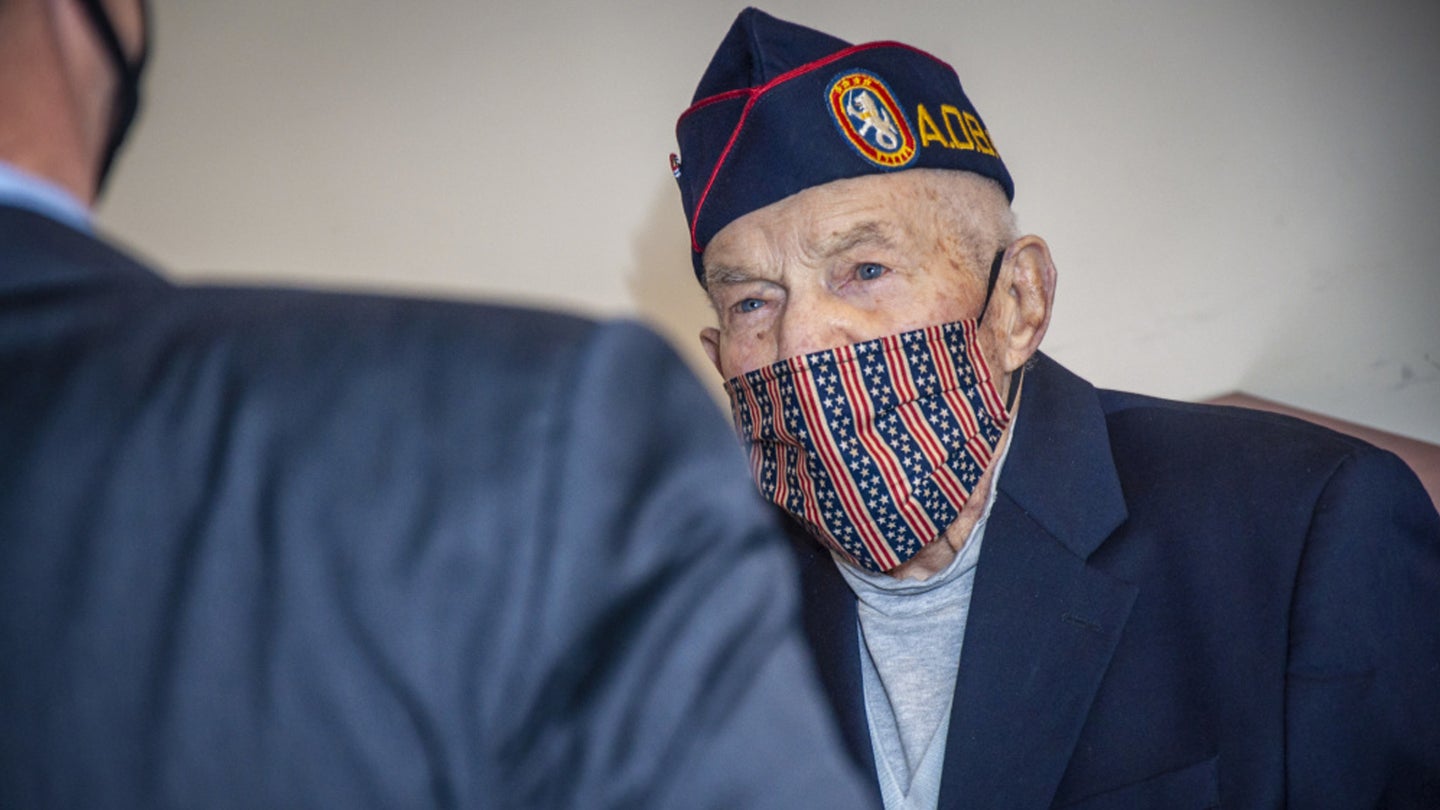 An Army veteran who suffered “unspeakable tortures” while held as a prisoner of war by the Japanese during World War II was recognized this week with “long-delayed honors.”

On Monday, Dan Crowley — who joined the Army Air Corps when he was 18 years old in 1940 — was promoted to sergeant and awarded with the Prisoner of War Medal for spending three-and-a-half years imprisoned by the Japanese. He was also presented with an Army Combat Infantryman Badge.

After joining the service, Crowley was assigned to an aircraft unit near the capital of the Philippines, and arrived there just months before the attack on Pearl Harbor on Dec. 7, 1941, according to a press release.

The day after the Japanese bombed Pearl Harbor, enemy aircraft turned to the Philippines, and though Crowley “wasn’t trained in combat arms,” he knew he had to do something.

Gregory Slavonic, the official performing the duties of the Navy undersecretary, said in the press release that Crowley and his unit “participated in an improvised air defense…wielding antiquated [British machine guns] together to form a single, more powerful gun.”

Despite their efforts, the Japanese raid “destroyed all the hangars, most of the aircraft, and other infrastructure.” Roughly two weeks later, Crowley and other soldiers sailed to the Bataan Peninsula “in the dark of night,” where their fight continued.

“[They] worked hand-in-hand to fend off three amphibious landings by the Japanese on the west coast of Bataan in the Battle of the Points,” Slavonic said in the release. “Imagine the courage and determination it required for Dan to stay alive, yet remain engaged in these assaults.”

The fighting raged on for three and a half months, but it “was apparent the Japanese were going to prevail.” On April 9, 1942, U.S. leadership at Bataan decided to surrender in hopes of preventing more casualties.

But while the leaders were deciding to surrender, Crowley said in the release that the men did not.

“They were surrendered by their commanding officers to prevent a massacre, which was threatened by the Japanese commander,” Crowley said.

Instead, a group of soldiers and sailors “hid among the rocks in the breakwater,” Slavonic explained, and at nightfall they swam through “three miles of shark-infested waters” to Corregidor Island. there, they were met by the 4th Marines Regimental Reserves who were fighting to keep Corregidor out of Japanese control.

Still, the island fell on May 6, 1942. Crowley and almost 1,200 other people became prisoners of war. For almost 18 months, Crowley worked on carving out a runway for the Japanese on Palawan Island in order to “escape the unspeakable conditions” of the camp the POWs were being housed at, Camp Cabanatuan.

Crowley said while he and other POWs were on Palawan, the Japanese “burned alive a hundred-plus Americans.” He recalled that they forced the Americans to “dig a long ditch,” and then forced them into it, covering them with gasoline. The Japanese guards then lit them on fire with torches.

Ultimately, Crowley was a POW for three and a half years. Slavonic said that he endured “unspeakable tortures” and saw “many of his closest friends suffer the most inhumane murders of the war.”

He was finally liberated two days after the Japanese surrendered in 1944. Two years later, he was honorably discharged from service.

The press release says that Crowley was promoted to sergeant in Oct. 1945, months before he left the Army in April 1946, but that he “never learned of that promotion.”

On Monday, he finally got the ceremony he deserved all those years ago.

Slavonic called the ceremony a “rare and humbling opportunity” for him to “be able to recognize Dan for his many sacrifices and accomplishments.”

“He truly represents members of the greatest generation, who did so much but asked so little from their country,” Slavonic said. “The valor and professionalism demonstrated by you, Dan, has earned you a permanent place in the heart of every American.”

Featured photo: Army Sgt. Dan Crowley (ret.) talks with the Honorable Gregory J. Slavonic, currently performing the duties of Under Secretary of the Navy, prior to a ceremony for Crowley where he was officially presented with the rank of sergeant, Prisoner of War Medal, and the Combat Infantry Badge at Bradley Air National Guard Base in Windsor Locks, Conn. Jan. 4, 2021. (Timothy Koster/Connecticut National Guard)