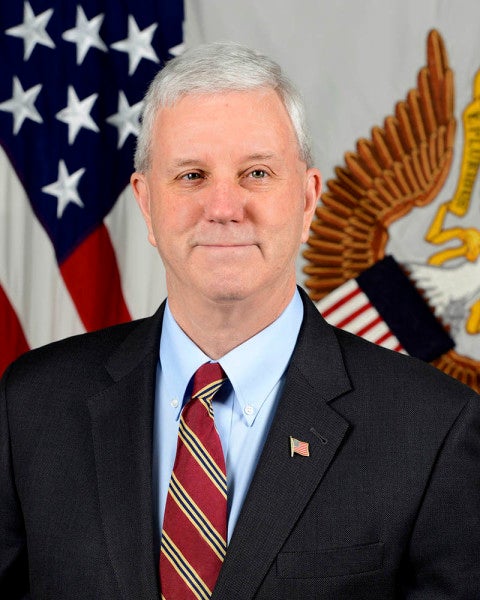 James McPherson, who was just sworn in as the Army Undersecretary on March 25, will be taking over as the next Acting Navy Secretary, a defense official confirmed to Task & Purpose.

McPherson will take over for former Acting Navy Secretary Thomas Modly, who resigned on Tuesday after creating a firestorm by lambasting the ousted captain of the USS Theodore Roosevelt to the ship's crew.

Capt. Brett Crozier was removed as captain of the aircraft carrier after a letter was leaked to the press in which he warned Navy leadership of dire circumstances aboard the ship due to the spread of the novel coronavirus (COVID-19).

Defense Secretary Mark Esper confirmed the news on Tuesday afternoon, tweeting a statement that called McPherson “a smart, capable, and professional leader who will restore confidence and stability in the Navy during these challenging times.”

This won't be McPherson's first time switching services. According to the Association of the U.S. Army, he enlisted in the Army in 1972 as a military policeman before leaving the service for college.

According to Army Times, McPherson was commissioned as an ensign in the Naval Reserve's Judge Advocate General's Corps in 1979.

In 2002, he obtained the rank of rear admiral before retiring in 2006 as the Judge Advocate General of the Navy, according to his bio.

In January 2018, he became the General Counsel of the Army; he continued serving in that role after becoming acting undersecretary in December last year.