Reality Leigh Winner, the suspect in the National Security Agency leak investigation, wrote in a notebook seized by authorities that... 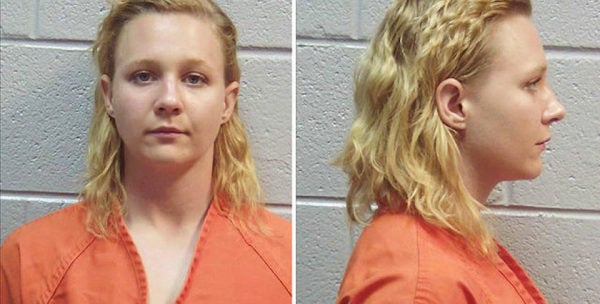 Reality Leigh Winner, the suspect in the National Security Agency leak investigation, wrote in a notebook seized by authorities that she wanted to “burn the White House down,” federal prosecutors said Thursday.

She also has had a “persistent” desire to travel to Afghanistan and has researched technology that could be used to cover her digital tracks, the prosecutors said. And during a recent jailhouse phone call to her mother, Winner discussed some “documents,” raising concerns among federal authorities that she might have gathered other top-secret information that has not yet been disclosed.

Assistant U.S. attorney Jennifer Solari argued against releasing Winner on bond, adding prosecutors are not ruling out bringing additional charges against her.

“We don’t know how much more she knows or how much she remembers,” Solari told U.S. Magistrate Judge Brian Epps.

Epps ultimately denied Winner’s release on bond Thursday. He said the nature of the crime, the weight of the evidence, the defendant’s history and the potential danger to the community weighed against her release.

“Who is she?” he wondered aloud.

Epps also referenced several statements prosecutors attributed to her, including one instance when she allegedly told her mother in a call from the jail, “I screwed up, Mom.” And he cited a flash drive prosecutors say she improperly plugged into a top-secret computer – in a sort of test run — while she was in the Air Force.

“We don’t know where that flash drive is today and that concerns me,” he said.

Winner’s attorney, Titus Nichols, said she is not a flight risk and should be freed. Her parents and a friend testified she was a straight-A student, that she is an animal lover and that she has no criminal convictions.

“They have not provided any evidence that she is a threat to anybody,” Nichols said of the prosecutors. “They are scratching and clawing to build a mountain out of a molehill.”

Shackled and handcuffed, Winner was wearing an orange jumpsuit and an impassive expression. Her blonde hair was pulled up into a tight bun. Winner closely followed the proceedings, taking notes and chatting at times with Nichols.

A federal grand jury has indicted Winner on a single count of “willful retention and transmission of national defense information.” A 25-year-old Air Force veteran, Winner faces up to 10 years in prison and $250,000 in fines, plus up to three years of supervised release and a $100 special assessment. Winner pleaded not guilty to the charge Thursday.

Filed this week, the six-page federal indictment says Winner worked as a federal contractor at a U.S. government agency in Georgia between February and June and had a top-secret security clearance. On about May 9, the indictment says, Winner printed and removed a May 5 report on “intelligence activities by a foreign government directed at targets within the United States.” Two days later, she sent a copy of the report to an online news outlet.

The U.S. Justice Department announced Winner’s arrest Monday, about an hour after The Intercept reported that it had obtained a top-secret NSA report about Russia’s interference in the 2016 presidential election. The intelligence report says Russian military intelligence officials tried to hack into the U.S. voting system just before last November’s election.

In addition to her passport, the FBI has seized from Winner’s Augusta home some notebooks, documents, computers and four cellphones. Winner is now being held at the Lincoln County Jail, located about 40 miles northwest of Augusta.