EXCLUSIVE: The Investigation Into Water Contamination At Camp Lejeune May Reopen Soon

The toxic water crisis at Camp Lejeune, North Carolina, that left 750,000 Marines, sailors, spouses and their families exposed to... 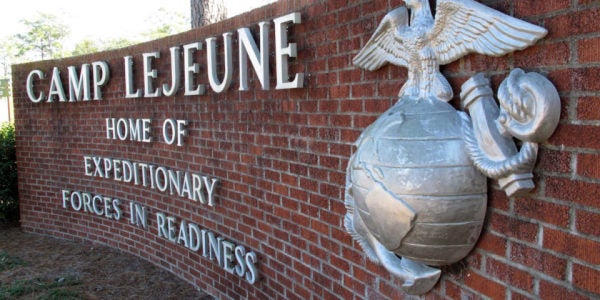 The toxic water crisis at Camp Lejeune, North Carolina, that left 750,000 Marines, sailors, spouses and their families exposed to contaminated drinking water between the 1950s and the 1980s may face a renewed investigation by the Centers for Disease Control and Prevention.

On May 10, the CDC posted a sources sought notice for a cancer incidence study on water contamination at Camp Lejeune, North Carolina.

The purpose of the study, according to the notice is to:

“… assess whether there is an association between exposure to the contaminated drinking water at Camp Lejeune and the incidence of specific cancers in approximately 463,922 cohort members, the study will require that vital status and cause of death for decedents be obtained for 425,319 of the cohort members who had not died prior to January 1, 2009 before accessing cancer registry data from up to 55 state, territorial, and federal cancer registries.”

The difference between this proposed study, which is focused on cancer incidence, and previous studies, which focused on mortality rates, is that a “cancer incidence study would have a greater capability of evaluating cases of highly survivable cancers than a mortality study.” A 2005 panel of scientists recommended that a cancer incidence “should receive the highest priority,” but one has yet to be conducted.

Related: The Toxic Homefront: As Marine Families Fall Ill, Some Are Accusing the Corps Of Negligence »

The study, though still tentative at this time, may start to gain ground in the coming months, Bernadette Burden, a spokesperson for the CDC, told Task & Purpose in an email: “The request for capability studies is a step to make sure we are on the right track with the proposal request and have clearly stated the needs and intent,” Burden said. “We are still planning to post the request for proposals this summer. The study has received all the necessary approvals.”

The water contamination that occurred at Camp Lejeune ranks among the biggest in U.S. history, but it wasn’t until January of this year that the Department of Veterans Affairs announced that veterans stationed at Lejeune in the 1950s through the 1980s were eligible to submit applications for VA benefits.

“Hundreds of mothers suffered miscarriages or gave birth to stillborn babies or infants with birth defects, such as spina bifida. An unknown number, but likely thousands, have developed cancers, including leukemia, bladder, liver, and kidney cancer, and Parkinson’s disease, after living on the base,” Task & Purpose reported earlier this year. And while the Department of Defense cleared Camp Lejeune water of toxins after Dec. 31, 1987, families posted there in the years following believe their health issues may be the result of water contamination.

“Scientific medical studies continue to investigate whether diseases and disorders experienced by former Camp Lejeune residents and workers are or are not associated with previous exposure to the drinking water at Camp Lejeune in 1987 or before,” Capt. Phillip Kulczewski, a spokesperson with Headquarters Marine Corps, told Task & Purpose in an email.