"[W]e did not have any testing that has revealed a source of the smell." 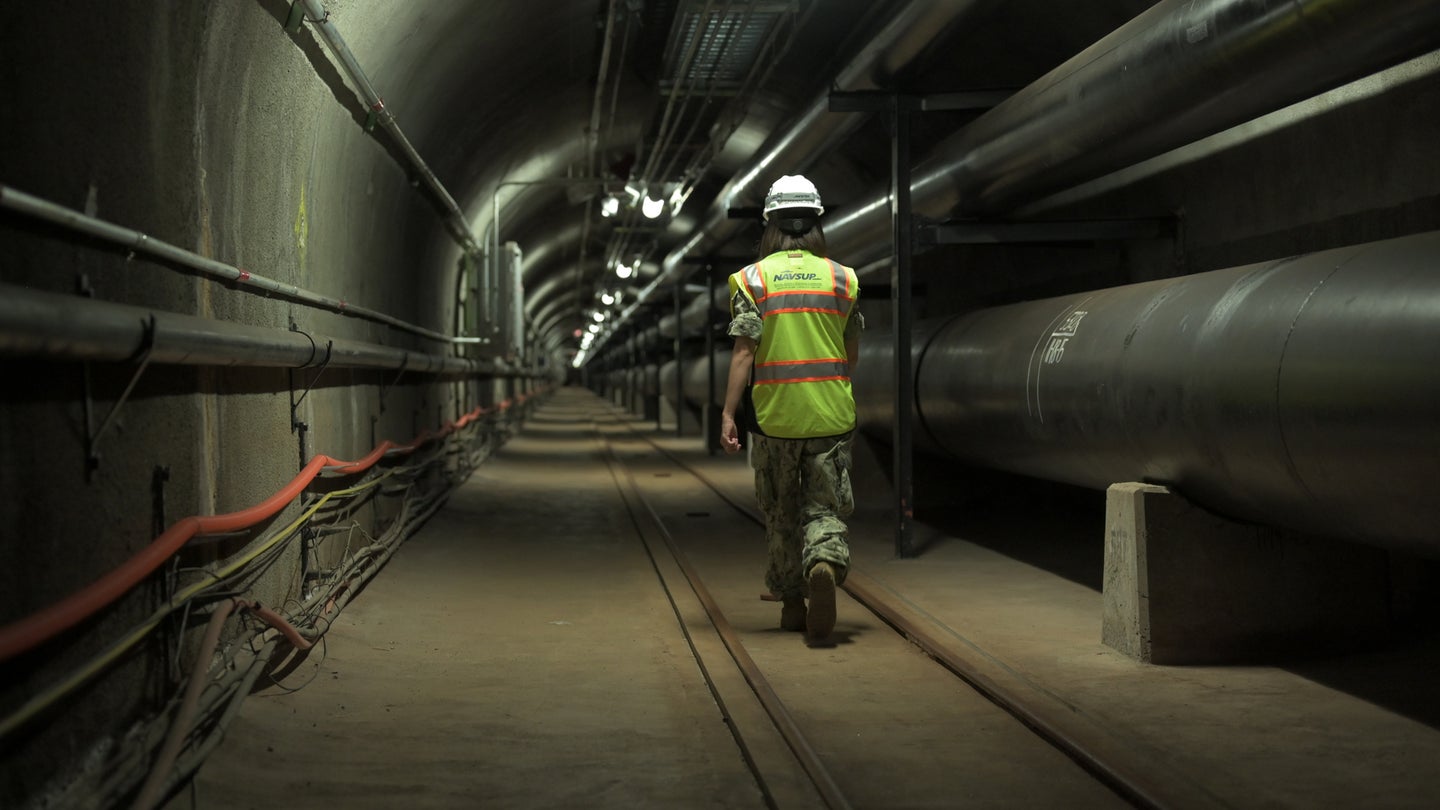 Many questions remain unanswered about potential water contamination at Joint Base Pearl Harbor-Hickam, Hawaii, but at least two things are clear: The Navy doesn’t know what happened or when it will be fixed.

Residents of military housing on the joint Navy and Air Force base, which is home to around 20,000 service members and thousands more dependants, have been complaining of a chemical or fuel smell coming from their water, and during a town hall on Tuesday evening, some even said they saw an “oily sheen.”

The Hawaii Department of Health said Wednesday that preliminary testing “detected petroleum product in water samples” from an elementary school served by the Navy’s water system. Those samples are being sent to a lab in California for further analysis.

But the Navy’s own testing has not shown any issues thus far, and they haven’t been able to pinpoint the cause of the smell. Rear Adm. Timothy Kott, the commander of Navy Region Hawaii and Naval Surface Group Middle Pacific told residents during the town hall that leadership was waiting for additional test results to determine the problem.

The first reports of an odor from the water came on Sunday, Kott said, though some residents in the town hall said they recognized a problem before that. Since then, around 200 residents have called the emergency operations center on base, the JBPHH Facebook page said on Tuesday.

The complaints have also been all over social media. On the unofficial Navy Reddit forum, one person claimed that friends could “light their tap water on fire for a split second.” People also posted their experiences in the comment section of the town hall’s livestream; one said they “can’t even stay in our house for long periods of time because of the smell.”

Over 80 samples of water were collected within the first day of reports that there was an odor, Kott said. Additional samples have since been taken to a lab in Washington, though they haven’t yet received those results. In the meantime, Navy leaders are discouraging residents from using the water in their home if they have concerns that it’s tainted, providing bottled water, and opening up shower facilities for residents to use on base.

“I know there’s frustration, I know there’s disappointment, we will work exhaustively around the clock to continue to provide you information,” Kott said at the town hall on Tuesday. “The bottom line fact is we did not have any testing that has revealed a source of the smell or the odor. We’re working with the Department of Health — their guidance is to not ingest the water if you smell the odor, and we’re continuing to increase our water capacity.”

The water issues follow a leak at the Navy’s Red Hill fuel storage facility, where roughly “14,000 gallons of fuel and water leaked from a pipe for the facility’s fire suppression system,” according to Hawaii News Now. Kott said however that the leak was isolated and the fuel was recovered “immediately.”

“There was no indication that it made it into the well or the drinking water,” he said. “We can’t rule out anything but our testing has not indicated that that’s what the cause of this is.”

During the town hall, one resident expressed frustration over the repeated remarks that the Navy is testing the water, saying that “nobody’s acknowledging that there’s something” in it.

“We keep calling it an odor, but nobody’s saying ‘We realize there is something in your water, we will find out what it is,’” a man said off-camera at the town hall on Facebook. “Nobody is saying that.”

And, he pointed out, it’s not just an odor. The man said there is “all this evidence” of an oily appearance and “colorful particulates” in the water. One woman at the town hall said she had “a bunch of grey stuff coming out of every single faucet” in her home. Another woman said that she “chugged a whole bunch of water” on Monday and “got sick” while she was at work.

“Our water is clearly tainted,” the man told Kott.

Another Navy official at the town hall said that some of the efforts they’re currently taking to flush out any potential contamination could be what’s causing particles to appear in the water. Kott said they are “continuing a constant flush of pipelines that provide the water,” and urged residents to run their tap lines, both hot and cold water, for 3 to 5 minutes a day. The base’s Facebook page said the flushing of the lines could “help move water through the system and possibly alleviate the odor.”

Ultimately the Navy won’t have answers as to what the problem is until they receive the results from additional testing of samples that were sent to Washington state. If those results, which Kott said are being expedited, come back positive for some kind of chemical or toxin, Kott said the Navy would “increase the water capacity for all the affected homes, then we would secure the water source and we’d start going into the pipes and the tanks.”

“Once we get the source it will tell us what it is, what the specific thing is, and then we can go to potential areas for that source,” Kott said. “Otherwise it can be anywhere along the line, and we’re looking at that, but once you get the contaminant, it helps you zero in.”