After the Sept 11, 2001 attacks there seemed to be a “Terrorist Hunting Permit” bumper sticker on just about every... 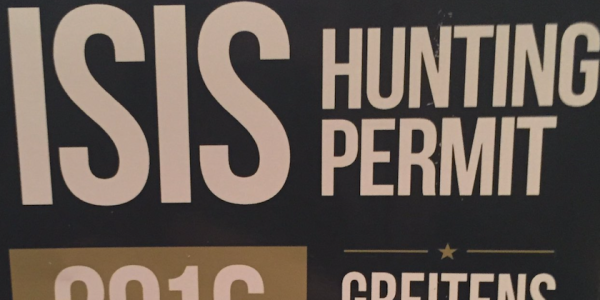 After the Sept 11, 2001 attacks there seemed to be a “Terrorist Hunting Permit” bumper sticker on just about every truck in my home state of Texas. Every once in awhile, I still see them. Usually they’re faded to the point of being unintelligible, like relics of a bygone era. Now, they’re back — but with a 2016 twist.

Missouri Republican gubernatorial candidate Eric Greitens, a former Navy SEAL, is selling bumper stickers emblazoned with the words “ISIS HUNTING PERMIT 2016” to raise money for his campaign in the run-up to a competitive four-way Republican primary on August 2.

Each sticker is selling for a $10 donation. And for $100, it’ll come autographed by Rob O’Neill, the former SEAL who claims to have killed Osama Bin Laden, The Associated Press reports. That’s a heck of a deal, especially considering that the permit won’t expire until “WE DEFEAT THIS EVIL.”