Dallas Gunman Was Honorably Discharged After Sexual Harassment Complaint. Why? 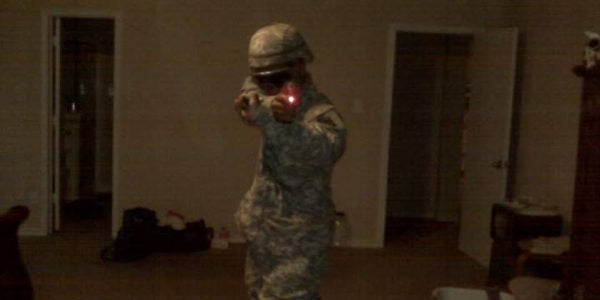 Johnson's parents and friends who served with him in the Army have said he received an honorable discharge from the reserves last year. The review comes as questions are being raised about whether that discharge was appropriate given that he'd been the subject of a sexual harassment complaint just before he returned from a combat zone in Afghanistan in 2014.

The Pentagon has not confirmed the status of his discharge or the harassment allegations, citing privacy laws. Nor would it elaborate on its review of Johnson's service.

Federal authorities tried to contact the woman behind the harassment complaint on Sunday, just days after the shooting deaths of five officers, according to records obtained from a Denton County police department by The Dallas Morning News. Authorities would not comment on that line of inquiry.

The parents of Johnson, 25, who was killed by police after the attack, told The Blaze in an interview released Wednesday that they were devastated by the massacre.

“I say to the people, to the families of the fallen officers, 'I know you're grieving, I know your pain. I'm sorry,' '' said his mother, Delphene Johnson.

They also defended their son against the harassment charges. Delphene Johnson said her son and his accuser had been in a relationship and had spent the night together more than once at the home Micah Johnson shared with his mother.

“They slept in the same bed,” his mother said. She told the conservative news organization that her son challenged the harassment allegations, leading to an honorable discharge.

The woman who brought the harassment complaint did not respond to requests from The News for comment about his parents' remarks.

Delphene Johnson also said that her son didn't “hate white people,'' an account shared by many of his fellow service members. Police say Johnson repeatedly told them he wanted to kill white police officers during an hours-long standoff that preceded his death.

Law enforcement authorities say Johnson used a rifle during the attacks and also was armed with two handguns. There have been conflicting reports from some media outlets about what kind of rifle was used and whether it was an automatic or semiautomatic weapon.

Johnson served in the reserves for six years, during which time he received some marksmanship training. Dallas police have also said he had been training recently and had his own tactical diary.

Johnson was also in his high school ROTC program. His high school transcripts show that he was not a stellar student, finishing with a 1.98 grade-point average and ranking 430 out of 453 students in the 2009 graduating class at John Horn High School in Mesquite. He had to retake some classes to pass.