An Army civilian living in Germany has been cleared of any wrongdoing after killing a home intruder in Landstuhl in February. 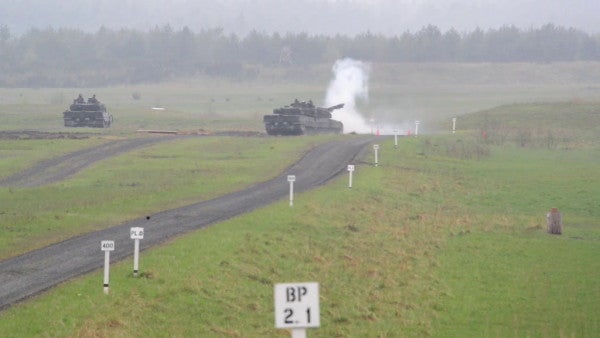 An Army civilian living in Germany has been cleared of any wrongdoing after killing a home intruder in Landstuhl in February.

An investigation by German authorities found that the American was acting in self-defense when he stabbed a 43-year-old man who broke into his home with three others, Stars and Stripes reports.

The man, a former Air Force major and father of three, was reading a book to two of his young kids when the doorbell rang, according to a previous Stars and Stripes report.

While the father “fought to force three of the invaders out the front door,” per Stars and Stripes, the fourth went into the house where the man's wife and children were. The American man wielded a kitchen knife and found the intruder “had pinned the wife down and was smothering her with one hand on her neck.” He stabbed the intruder three times “in the left shoulder area and the left armpit,” lead prosecutor Iris Wingardt told Stripes.

After he was stabbed, the intruder fled the scene with the others; they stopped in a nearby village, and another one of the suspects “asked a witness to call for medical help.” The injured man died on the scene, while the suspect who asked for medical assistance was arrested and charged with attempted robbery. Two other suspects were also arrested.

Both the American man and woman “suffered bruises and abrasions” during the attack. The man told Stripes that when police arrived to their home, they “were completely behind me … they were coming up and saying they would have done exactly what I did.”

Weingardt told Stars and Stripes in a statement that the man's actions “were justified by self defense. Therefore, the case against him for bodily injury was terminated.”

SEE ALSO: 1,500 soldiers just rolled up in Germany to flex their rapid-deployment muscles