With the 75th anniversary of the D-Day invasion of Normandy just over the horizon, a group of U.S. Army Special Forces soldiers commemorated the valor of their uniformed predecessors with a uniquely picturesque parachute jump over France. 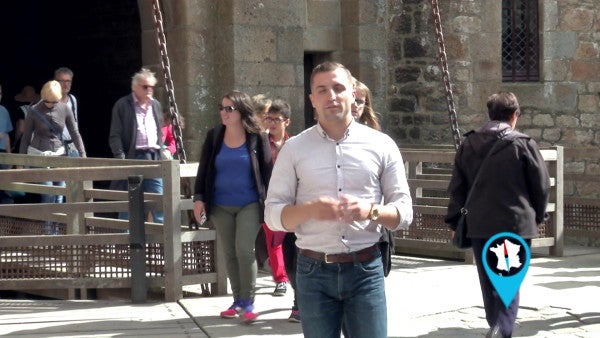 With the 75th anniversary of the D-Day invasion of Normandy just over the horizon, a group of Green Berets commemorated the valor of their Army Special Forces predecessors with a uniquely picturesque parachute jump over France.

On May 18, a trio of U.S. Air Force aircraft assigned to the 352d Special Operations Wing and the 86th Airlift Wing delivered approximately 135 U.S. paratroopers from the 10th Special Force Group (Airborne) to a drop zone just outside Mont Saint-Michel abbey, the centuries-old commune and beloved French landmark in Normandy.

The Special Forces soldiers were invited by the nearby Avranches commune “to start the World War II commemorations and celebrations leading up to the anniversary of the liberation” by American forces led by Gen. George Patton on July 31, 1944, Mayor David Nicolas told U.S. Special Operations Command Europe.

“We're honored to participate in the jump and celebrate with the great people of France,” an unnamed 10th SFG (A) soldier told SOCEUR. “It's important to remember the veterans both past and present and what they represent in service to their country.”

But the jump was also, in part, to honor the contributions of the specialized 'Jedburgh' units that spearheaded the liberation of communities like Avranches, who first parachuted into Normandy ahead of the Allied D-Day invasion to train and organze local resistance fighters across occupied Europe to resist the Germans.

Consisting of around 100 three-man units comprised of military personnel from the British Special Operations Executive, American Office of Strategic Services, and Free French fighters, the Jedburghs would prove instrumental to the Allied campaign to beat back the tide of German forces across Europe — and inspire the formation and deployment of the 10SFG(A) during the early years of the Cold War.

“[The] 10th SFG(A) draws their lineage from the Jedburghs,” an unnamed 10th SFG(A) senior enlisted told SOCEUR. “We're celebrating their combined effort to liberate Western Europe with local forces. The airborne operation celebrates the long relationship between America and France and 10th SFG's commitment to continuing the tradition of training and working with our allies in Europe.”

SEE ALSO: 8 Iconic Photos From The Invasion Of Normandy