The situation somehow could have gotten worse 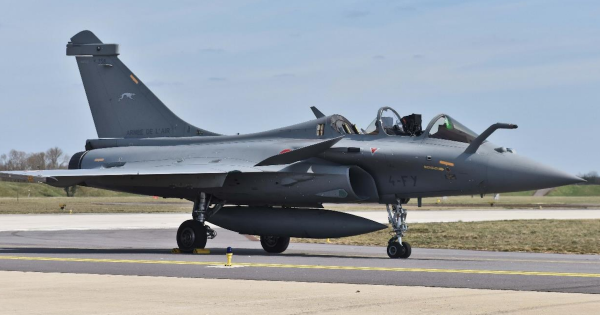 It might be hard to believe, but the accidental-self-ejection of a 64-year-old civilian from a French fighter jet during takeoff could have been worse.

According to aviation news outlet Aerotime, the recently-released final investigation report by the French investigation bureau for state aviation safety (BEA-E) into the March 2019 incident details exactly what caused a French defense manufacturer to accidentally shoot himself out of a Dassault Rafale B fighter jet.

According to the report, the civilian was surprised with the flight by four of his colleagues as a gift — a gift he didn't particularly want but felt that he couldn't refuse — and because of the “informal” nature of the flight, he didn't go through the typical medical procedures, which include “a medical visit to the Center for medical expertise of flight personnel (CEMPN), and the approval of the Ministry.”

Instead, the civilian was checked out by a doctor a few hours before the flight and cleared, “under the condition that he would not be submitted to a negative load factor.”

Only thing is, no one told that to the pilot. As a result, the man was “subjected…to a negative load factor of about -0.6G” when the jet was leveling off during takeoff, stressing him the hell out so much that, compounded with the “social pressure of his colleagues,” he pulled the ejector handle and jettisoned himself from the aircraft.

But of all the things that went wrong during this incident, one of them actually ended up saving the aircraft. According to Aerotime, the ejection handle should have ejected both the man and the pilot, but a technical flaw got in the way (emphasis ours):

The fighter jet was set up to, under normal conditions, eject both the pilot and his passenger when one of them pulls on the ejection handle. The BEA-E explains the procedure of a Rafale double ejection in four stages: first, the back canopy is shattered by a line of explosives embedded into the glass, before the passenger seat is ejected. Then, the front canopy is also destroyed, and the pilot seat is the last to leave the fighter jet.

But in this case, the last stage failed and, despite his canopy being ejected, the pilot remained in his seat. Local media reported at the time that the glass of the canopy had slightly injured his hands. Nonetheless, he remained master of his aircraft. “He then remained calm to pilot his plane despite the multitude of failure messages that the on-board computer displays and an unusual aircraft centering following the loss of the rear seat and the canopy,” says the investigation, which analyzed the radio recordings.

To be clear: while the civilian was flying through the air (he sustained minor injuries), the aircraft's pilot was able to safely land the jet at the airbase. For 24 hours after the flight, a “safety perimeter” was even established around the jet in case the ejection seat activated before it was safely defused. That's some damn good flying right there.

Of all the takeaways from this incident, there's this one: sometimes when things go wrong, they might actually go right. And if you're looking to surprise your colleague, maybe stick with a nice dinner.