French warplanes allegedly dropped ordnance near him for 20 minutes. 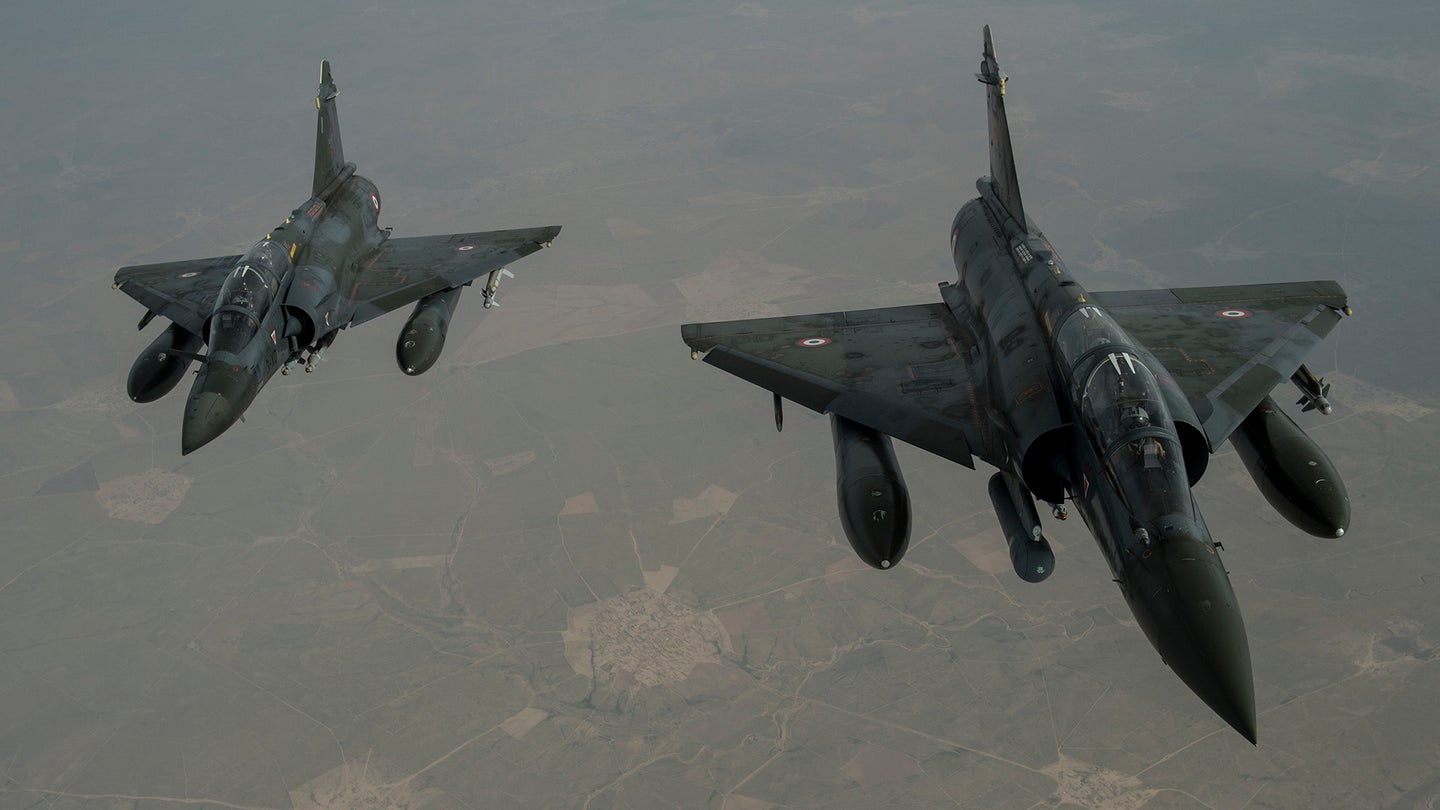 Two French Mirage 2000D's fly over Iraq in support of Operation Inherent Resolve April 8, 2016. A coalition of regional and international nations have joined together to defeat ISIL and the threat they pose to Iraq, Syria, the region and the wider international community. (U.S. Air Force photo by Staff Sgt. Corey Hook/Released).
SHARE

A French Air Force pilot claims he was tied to a target on a live-fire range by his fellow aviators where warplanes dropped ordnance near him for 20 minutes in a bizarre hazing ritual, according to multiple media reports and a legal complaint.

The incident allegedly took place in March 2019 on the island of Corsica, CNN reported. Instructors allegedly placed a bag over the pilot’s head, bound him at the wrists, ankles, and knees with adhesive tape, and then drove him to the target range, where he was strapped to a pole.

Some munitions landed within 500 meters of the pilot, according to his legal complaint, which CNN cited. The pilot also claimed that some “simulated shots” were fired directly at him.

The pilot’s attorney, Frederic Berna, provided Reuters with a picture that purportedly shows his client strapped to the target. CNN also obtained video and pictures of the hooded and bound pilot, which Berna said had been shared on a WhatsApp group.

Berna also told Reuters that the pilot waited until the end of 2020 to report the hazing incident to his chain of command because he had been in deep denial about the severity of what happened. The pilot then filed a criminal complaint, Berna said, because he felt the French military was not taking the matter seriously enough.

The incident was first revealed by the La Provence newspaper.

A French military spokesman acknowledged to Reuters that an incident had occurred but he claimed the pilot was never actually fired upon. Col. Stephane Spet told the news agency that the aircraft were training on a different range while he was strapped to the pole and the nearest round landed 1 kilometer from him.

“Very few officers have received such sanctions in the past, it will leave a stain on their career,” Spet told CNN.

Task & Purpose was unable to reach Berna or Spet on Monday.

Had such an incident happened in the American military, prosecutors could have potentially charged the officers involved with aggravated assault, kidnapping, conduct unbecoming, and cruelty under the Uniform Code of Military Justice, said retired Air Force Lt. Col. Rachel VanLandingham, a former military attorney.

The aggravated assault charge alone would carry a maximum sentence of eight years in prison because placing someone in fear of serious bodily harm rises to the level of assault with a dangerous weapon, said VanLandingham, who teaches at Southwestern Law School in Los Angeles.