What China is learning from Russia’s bungled invasion of Ukraine

"PLA strategists and planners can only be wondering, ‘why?’" 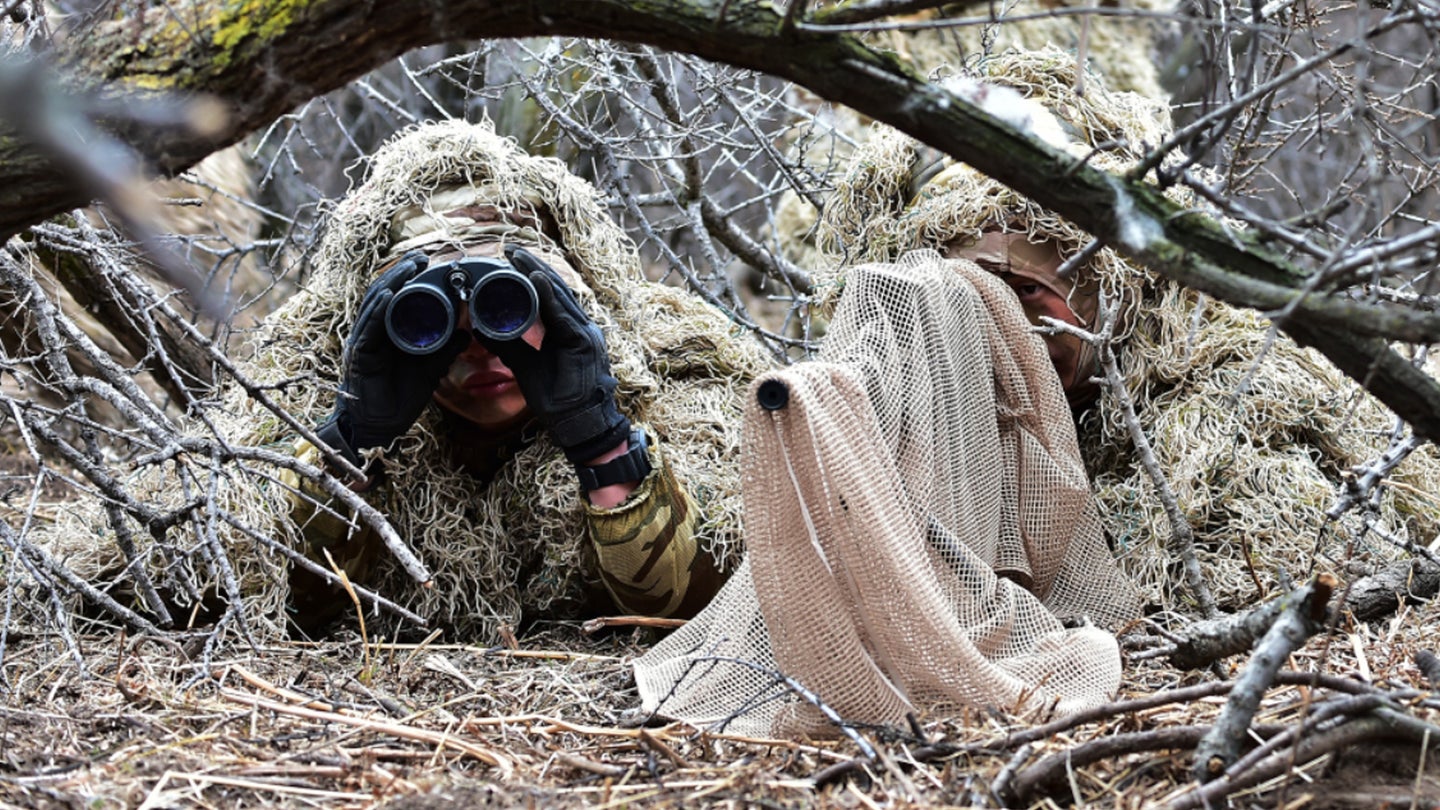 Ever since Russia invaded Ukraine on Feb. 24, observers have been scratching their heads over some of the Russian military’s rookie mistakes, such as not securing Ukraine’s airspace or cyberspace; out-stretching its supply lines; and using infantry tactics that your average Call of Duty player could defeat.

American and European observers are not the only ones perplexed. One of Russia’s close military partners: the Chinese People’s Liberation Army, is also likely confused by its neighbor’s conduct in the war, according to one analyst and retired U.S. Army officer.

“In the first phase of the Ukraine conflict, PLA analysts — who have traditionally held the Russian military in high regard — will undoubtedly find Russian operations wanting,” wrote David Finkelstein, the director for China & Indo-Pacific Security Affairs at CNA, a defense research and analysis nonprofit, in an essay for War on the Rocks.

Like Han Solo and Lando Calrissian, the Russian and Chinese militaries go way back. They have trained together for years, attended each other’s professional military education schools, conducted general staff talks and, in 2021, signed a formal ‘roadmap for closer military cooperation, 2021-2025’ agreement together, Finkelstein wrote. In 2016, when the PLA implemented a massive reorganization program to better prepare for information-centric warfare, it even based some of its steps on the New Look military reforms adopted by Russia in late 2008.

On top of the two militaries’ long history together, the Chinese PLA has also regarded its Russian counterpart as having significant combat experience in Chechnya, Georgia, Crimea, Syria and Ukraine, according to Finkelstein. By contrast, the last time China fought a large-scale war was when it invaded Vietnam in 1979. But as the past two months have shown, combat experience, a large military and abundant natural resources may not count for much if military leaders do not know how to put those tools to good use.

“[B]ecause the PLA has been an ardent student, if not admirer, of Russian doctrine for decades, PLA strategists and planners can only be wondering, ‘why?’” Finkelstein wrote.

The exact lessons Chinese military leaders are learning from Russia’s war in Ukraine may not be known for some time, as Chinese analysts and their counterparts around the world are still absorbing data coming out of that conflict, the researcher said. Still, he set out to make a few “modest, but informed” guesses based on his knowledge of the PLA. Based on Finkelstein’s assessment, Chinese military planners are likely studying Russia’s invasion with the same bewilderment as the rest of us. Not only did the invasion seem to run in the opposite direction of the technologically-savvy goals China and the U.S. military have set for themselves, but it also violates some of the PLA’s core principles when it comes to the art of war.

The first violation seems to run afoul of the classic guidance from the legendary Chinese military theorist Sun Tzu: ‘know the enemy and know yourself and in a hundred battles you will never be in peril.’ That line still forms one of the PLA’s 10 “Basic Campaign Principles,” but Russia seems to have overlooked that principle when it underestimated Ukraine and overestimated the capabilities of its own military, Finkelstein pointed out.

There are three other basic campaign principles that Russia seems to have disobeyed. One is ‘unified coordination,’ which Russia has disregarded in favor of conducting what the Foreign Policy Research Institute described as “several disjointed fights rather than one coordinated campaign.” Another is ‘comprehensive support,’ which Russia seems to have ignored in favor of food and gas shortages, where the country even asked China for help addressing its rations deficit.

Lastly, Russia also seems to have forgotten the Chinese campaign principle to ‘take the enemy by surprise,’ which itself could be a callback to Sun Tzu’s emphasis on deception in warfare. But with American spy planes and Ukrainian smartphones surveying the conflict, China may be learning how difficult it is to maintain deception on the strategic level, Finkelstein said.

The basic principles are not the only things the Russian military seems to have forgotten in its invasion of Ukraine, the analyst wrote. For the past several years, both the Chinese and the U.S. militaries have focused on integrating cyber, space and electromagnetic domains into its traditional joint land, sea and air operations. One would think that the Russian military, which likely plays a large role in Russian President Vladimir Putin’s plan to make his country a world power, might try to achieve similar goals. However, instead of progressing into the future, the Russian invasion of Ukraine seems to be a blast from the past.

“As long-time students of Russian doctrine, the PLA will likely be wondering, if not incredulous, about the apparent lack of ‘jointness’ in Russian operations,” Finkelstein wrote. “Moscow’s Ukraine campaign looks very much like ground-force-centric combined arms warfare — the very type of warfare that the PLA is trying to move beyond for major operations.”

The lessons that China and the rest of the world might take away from Russia’s invasion of Ukraine go far beyond the battlefield. As Finkelstein pointed out, the PLA — an armed wing of the Chinese Communist Party — is a political force just as much as it is a military one. Unlike the U.S. military, the PLA has “a corps of political officers” whose job is to enforce discipline and fortify the PLA’s connection to the party, Finkelstein said. In a similar vein, the Russian military resurrected the Soviet-era commissar by creating the Main Military-Political Directorate in its armed forces in 2018. The MPD produces commissar-esque political officers. But despite the MPD’s goal to prepare Russian troops psychologically for war and to strengthen their discipline, the Russian military in Ukraine has suffered from low morale, desertions and has attacked Ukrainian noncombatants. The PLA will no doubt study these issues to inform its own use of political officers, Finkelstein wrote.

On the other side of the coin, the PLA will also analyze Russian protests against the war; Putin’s repression of those protests; and Ukrainian President Volodymyr Zelensky’s masterful use of information warfare, the analyst said. In an odd turn of events, the PLA may have more to learn from Ukraine than from Russia when it comes to the “Three Warfares,” which Finkelstein said is the Chinese term for war in the public opinion, psychological and legal domains.

“Reading these stories will undoubtedly vindicate for the PLA their continuing emphasis on ‘political work’ (政治工作) among the troops and the local populace and will justify the PLA’s new joint doctrine addressing both political work and national mobilization,” the researcher wrote.

There are still other lessons that China can take away from Russia’s war in Ukraine: what does it say about whether liberal democracies can form up to fight a common threat; about the U.S. resuming its global leadership role; and about the use of nuclear weapons as a strategic deterrent? Might Putin’s threat to use nuclear weapons validate China’s decision to expand its nuclear arsenal?

“Strategically, such lessons may even affect future nuclear doctrine and impact Beijing’s calculus for the potential use of force,” Finkelstein wrote.

While Chinese officials maintain that they did not want to see the war in Ukraine unfold, Finkelstein said, it sure is giving the PLA, and military analysts around the world, plenty to work with.