Russia was caught red-handed lying about war crimes in Ukraine

"I think it’s fairly obvious – not just to us, but to the world – that Russian forces are responsible for the atrocities in Bucha." 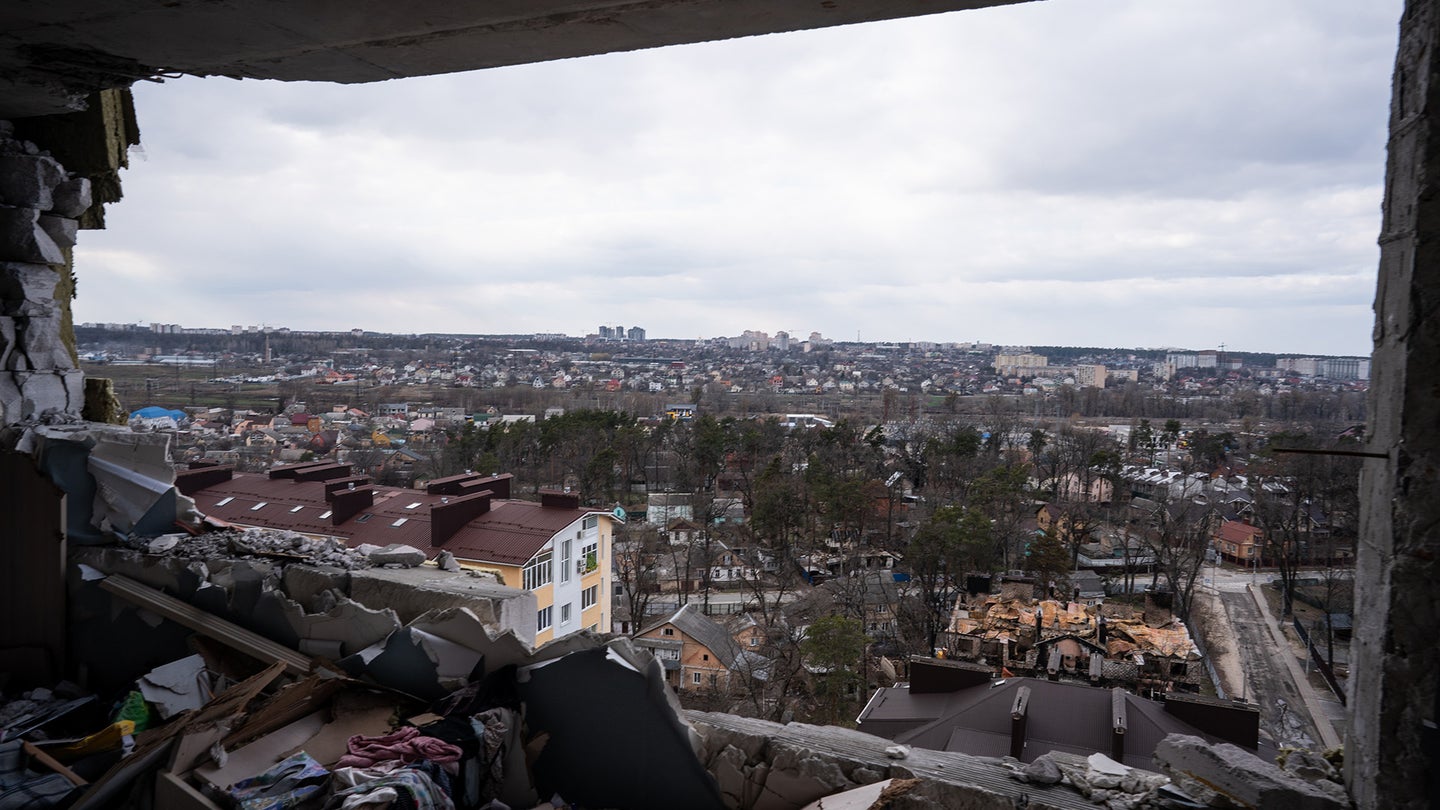 BUCHA, UKRAINE - APRIL 04: A photo shows destruction in the area of conflict at the Bucha town after it was liberated from Russian army in Ukraine on April 4, 2022. (Photo by Wolfgang Schwan/Anadolu Agency via Getty Images).
SHARE

Commercially available satellite images confirm that numerous bodies were lying in the streets of Bucha, a suburb of Kyiv — killed while the city was occupied by Russian forces, The New York Times first revealed on Monday.

The satellite images provided to the New York Times by Maxar Technologies rebut Russia’s claim that the bodies discovered when Ukrainian forces liberated Bucha over the weekend had been placed there after Russian forces left the area.

Roughly 300 civilians are believed to have been killed in Bucha during the Russian occupation. Many of the victims were dumped in an open mass grave “with hands and feet poking through the red clay heaped on top,” Reuters reported. Other bodies were found with their hands tied behind their backs and with bullet wounds to their heads.

President Joe Biden told reporters on Monday that the killings in Bucha were “a war crime.”

“You may remember I got criticized for calling Putin a war criminal,” Biden told reporters. “Well, the truth of the matter — you saw what happened in Bucha. This warrants him — he is a war criminal.”

Russian Foreign Minister Sergei Lavrov has accused Ukraine and its western backers of staging the massacre after Russian forces withdrew from Bucha, according to The Washington Post.

But the New York Times’ analysis of the satellite imagery revealed the first bodies appeared in the open between March 9 and 11, long before the Russians were forced to retreat.

Pentagon spokesman John Kirby did not equivocate when he was asked on Monday if the Defense Department believes that Russian forces carried out the killings in Bucha.

“I think it’s fairly obvious – not just to us, but to the world — that Russian forces are responsible for the atrocities in Bucha,” Kirby said during a Pentagon news briefing. “Now, exactly who, what units — whether they are contractors or Chechens — I don’t think we are able to say right now. But we’re certainly not refuting that these atrocities occurred and they occurred at the hands of Russians.”

Kirby said the Defense Department would help to document alleged war crimes in Ukraine, but he declined to elaborate exactly how other than to stress that U.S. troops will not deploy to Ukraine to collect evidence of atrocities. He did not answer directly when he was asked if the Defense Department has seen evidence linking the Russians to the killings in Bucha.

“We’ve seen much of the same imagery that you have,” Kirby said. “Obviously, we’re in touch with our Ukrainian counterparts. We’re certainly in no position to refute that these atrocities occurred, that they occurred on the scale that the Ukrainians have said they’ve occurred and that Russians are responsible for that.”