What we know about possible Russian war crimes in Ukraine

U.S. and international organizations have said they believe there are "credible reports" that such instances have occurred in Ukraine. 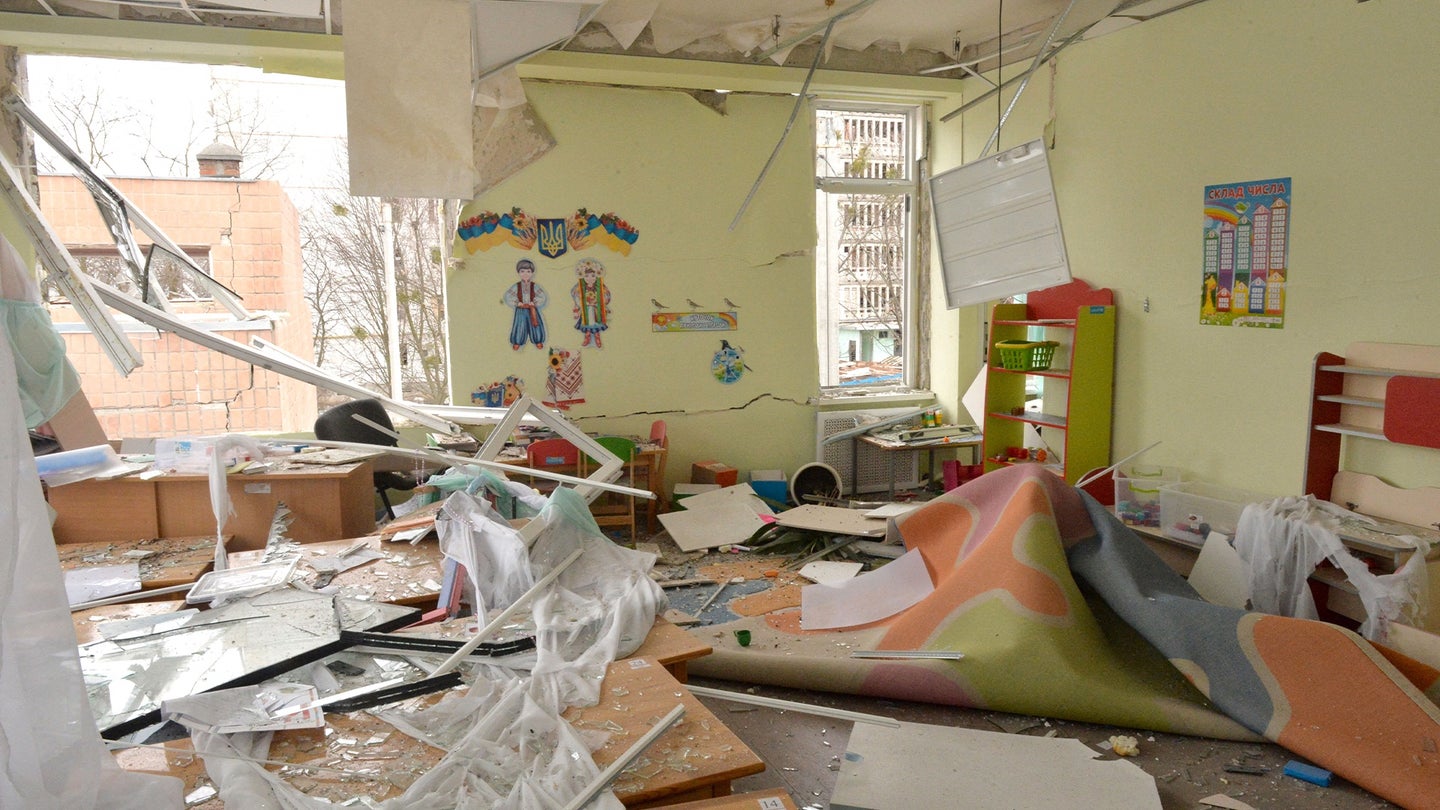 A photograph taken on March 8, 2022 shows destructions of a kindergarten following a shelling in Ukraine's second-biggest city of Kharkiv. (Photo by SERGEY BOBOK/AFP via Getty Images).
SHARE

On Monday, a spokesperson for the White House National Security Council announced that the U.S. has begun collecting information to determine whether Russia has committed war crimes during its invasion of Ukraine.

It’s the latest statement on Russia’s possible criminal culpability for its military actions during the invasion of Ukraine, which is now in its second week.

The International Criminal Court has also said that it will conduct an investigation into Russia’s conduct in Ukraine, and Ukraine itself has begun dispatching people to bomb sites to collect visual evidence that may be used in the future.

The U.S. ambassador to the Organization for Security and Cooperation in Europe, Michael Carpenter, announced last week that 45 participating nations would also be documenting violations of international law by Russia, saying that “the brutality of this war is both revolting and heartbreaking.”

On Monday, Pentagon spokesman John Kirby would not confirm whether the Department of Defense would participate in any evidence-gathering operations.

“Rocket attacks are having an increased effect on civilian casualties and the damage and destruction of civilian infrastructure, be it homes, churches, hospitals school,” said Kirby, adding that, “the degree to which we can prove these are incidental versus intentional, I don’t think we’ve got that sense with any great fidelity.”

In an era when almost everyone has a camera at their disposal, the Russian invasion of Ukraine has been heavily documented by media outlets and by civilians caught in the crossfire. As of Tuesday, according to the United Nations, there have been a total of 1,335 civilian deaths since the invasion of Ukraine began on Feb. 24 — with 474 civilians killed and 861 injured. However, the UN noted in a previous statement on civilian casualties that the count is “likely to be a considerable underestimate of the true numbers.”

From the very start of the invasion, open source photos and videos have emerged, claiming to show the use of cluster munitions, which scatter hundreds of submunitions over a large area. Many of the videos appear to show detonations in and around residential neighborhoods, schools and hospitals.

The independent research site Bellingcat has tracked the use of these munitions, using footage and photos of unexploded rounds or debris left behind to identify many of these strikes as being fired from BM27 and BM30 multiple launch rocket systems.

The use of cluster munitions in and of itself is not considered a war crime as defined by the Geneva Conventions of 1949 or the Rome Statute, which established the International Criminal Court in 2002. And while the Convention on Cluster Munitions, which bans their production, stockpiling and use, has 108 signatories, neither Russia or Ukraine are among them.

What is considered a war crime is the intentional targeting of civilians, or intentionally “launching an attack in the knowledge that such attack will cause incidental loss of life or injury to civilians or damage to civilian objects or widespread, long-term and severe damage to the natural environment which would be clearly excessive in relation to the concrete and direct overall military advantage anticipated.”

Cities and towns across Ukraine, including Kharkiv and the capital of Kyiv, have been under extensive bombardment by Russian forces. Amnesty International has been tracking many of these indiscriminate attacks on non-military targets. Video verified by their organization has shown 300mm Smerch rockets striking residential and commercial neighborhoods repeatedly since the start of the invasion.

Russia, though, has consistently denied intentionally targeting civilians and non-military targets, even as it has reportedly been preventing civilian evacuations from the besieged city of Mariupol.

Given the realities of war, civilian casualties themselves are not considered a crime. And the bar for proving intention to target them is very high, and can take years to investigate. Right now the only thing that is truly certain is that civilian casualties are continuing to rise every day the conflict drags on.