“Eastern Europe is either frozen or it’s fucking muddy, that’s just how it is.” 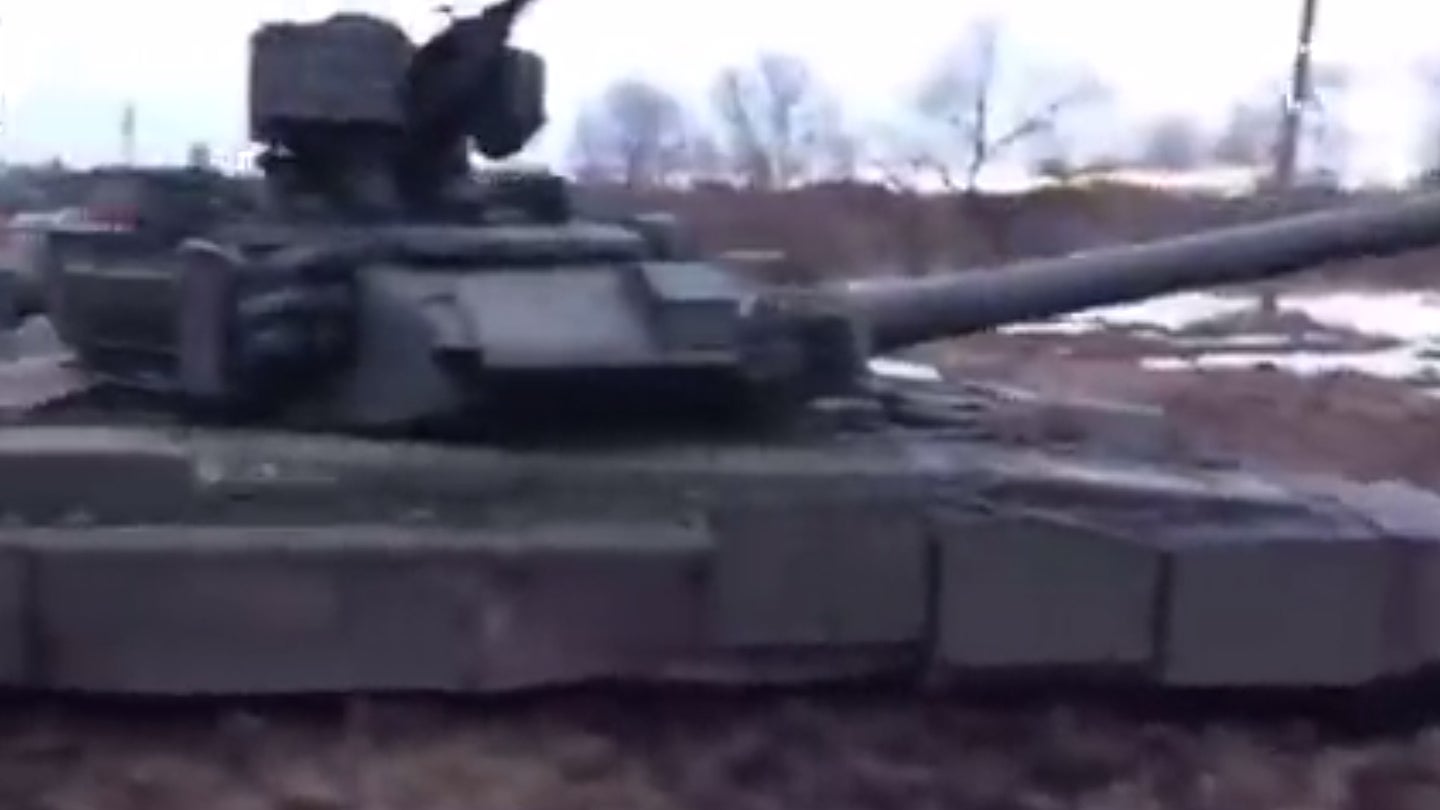 A screengrab from a video posted to Twitter appearing to show Russian military vehicles mired in the mud in Ukraine.
SHARE

The Russian army is finding out the hard way that, besides anti-tank missiles, land mines, and Molotov cocktails, one of the greatest threats to tanks is the earth itself, at least when it’s mixed with a little too much water. Even before Russia invaded Ukraine last week, the internet was filled with images of fearsome Russian armor and other vehicles stuck in the mud. As one Marine explained, getting stuck in the mud is not a question of if, but when.

“Tanks and mud are not friends,” said the Marine, who, as a former tank maintainer, patched up tanks and hauled them out of mud and sand until the Marine Corps disbanded its tank units in 2020 and 2021. The Marine spoke on the condition of anonymity since he was not cleared to speak with the press.

“If you have a 40-to-70-ton vehicle where all of its weight is focused on a two-foot wide piece of steel or metal, it’ll just sink when confronted with mud or soft terrain in general,” he explained.

That “two-foot-wide piece of metal” refers to the tracks that tanks use to move. Another function of those tracks is to spread out the vehicle’s enormous weight as much as possible, but they can’t disperse the tank’s weight enough to keep it from sinking into the soft earth, especially in an eastern European country like Ukraine.

“That’s something I expected for that part of the world,” said the Marine mechanic. “Eastern Europe is either frozen or it’s fucking muddy, that’s just how it is.”

Images of Russian tanks and other vehicles stuck in the mud seem to complement news that the Russian army’s invasion of Ukraine has been hampered by logistical issues, which has provided opportunities for Ukraine’s fierce resistance to further stymie Russia’s advance. Few things symbolize those problems better than a large, expensive war machine mired in muck. But the issue isn’t new. Mud has hampered warfare for as long as there has been mud and war.

For example, Nazi Germany’s invasion of the Soviet Union slowed to a crawl in 1941 in part due to the Rasputitsa, the “quagmire season” which led vehicles to become “hopelessly stuck” after autumn rains transformed dirt roads into rivers of mud, according to the United Kingdom’s Imperial War Museum. But mud plays no favorites and chooses no sides. U.S. Army tanks also became “hopelessly stuck” in mud during the November 1950 Battle of Chosin Reservoir, according to the Army Historical Foundation.

While most tank crews would likely prefer to avoid the mud, sometimes that’s not an option, which is why armor usually travels with support close by.

“It’s kind of just one of the things that exists with tanks,” he said. “That’s why we have jobs like mine: people dedicated to maintaining and recovering the tanks, because it’s not if, it’s when.”

It’s true, whenever possible, the U.S. military deploys M88A2 HERCULES (Heavy Equipment Recovery Combat Utility Lifting Extraction System) recovery vehicles alongside its tanks so that the “Mike 88s,” as they’re called, can patch up the tanks or yank them out of the mud if need be.

But even if mechanics have all their gear on hand, it’s not the most pleasant experience. The anonymous mechanic recalled wading into waist-deep mud and chest-deep freezing water to pull Bradley fighting vehicles out of the mud while in training. Depending on the conditions on the ground, the skill of the crew, and what tools are available, the recovery effort could take anywhere from 20 minutes to two hours, the mechanic said. That’s assuming nobody is shooting at you while you do it.

“It’s worse when there are people trying to kill you,” the Marine said. “It’s easier to make mistakes when you’re stressed out.”

Yanking a tank free from the muck is even more challenging without a Mike 88 or the M984 Wrecker, which can also pull tow duty. So-called self-recovery operations are a pain in the ass. The reason tanks get stuck in the mud is because the tracks cannot generate enough traction in the soft earth to move forward. The solution? Generate your own traction. One Army guide recommends that mired crews “obtain a log” to extract themselves. The guide then illustrates how crews can place the log so that it gives the tracks something to cling onto and escape the muck. In fact, many tanks carried logs with them in World War II specifically for that purpose.

Logs or no, the images of Russian tanks stuck in the mud illustrate that war doesn’t just hinge on how big an army is or how much armor it has. Oftentimes it comes down to more humble tools such as a log or a militarized hauler, like the Mike 88.

Despite its faltering first week, some experts are predicting that the sheer size of the Russian war machine may be impossible to resist in the long run. Ukraine may need more than mud if it hopes to turn back the invasion.

“It was nice to learn that … Belgium is sending us another 3,000 machine guns and 200 anti-tank grenade launchers,” Ukrainian president Volodymyr Zelensky tweeted on Sunday.