“For the average population, the Molotov cocktail is a very important tool." 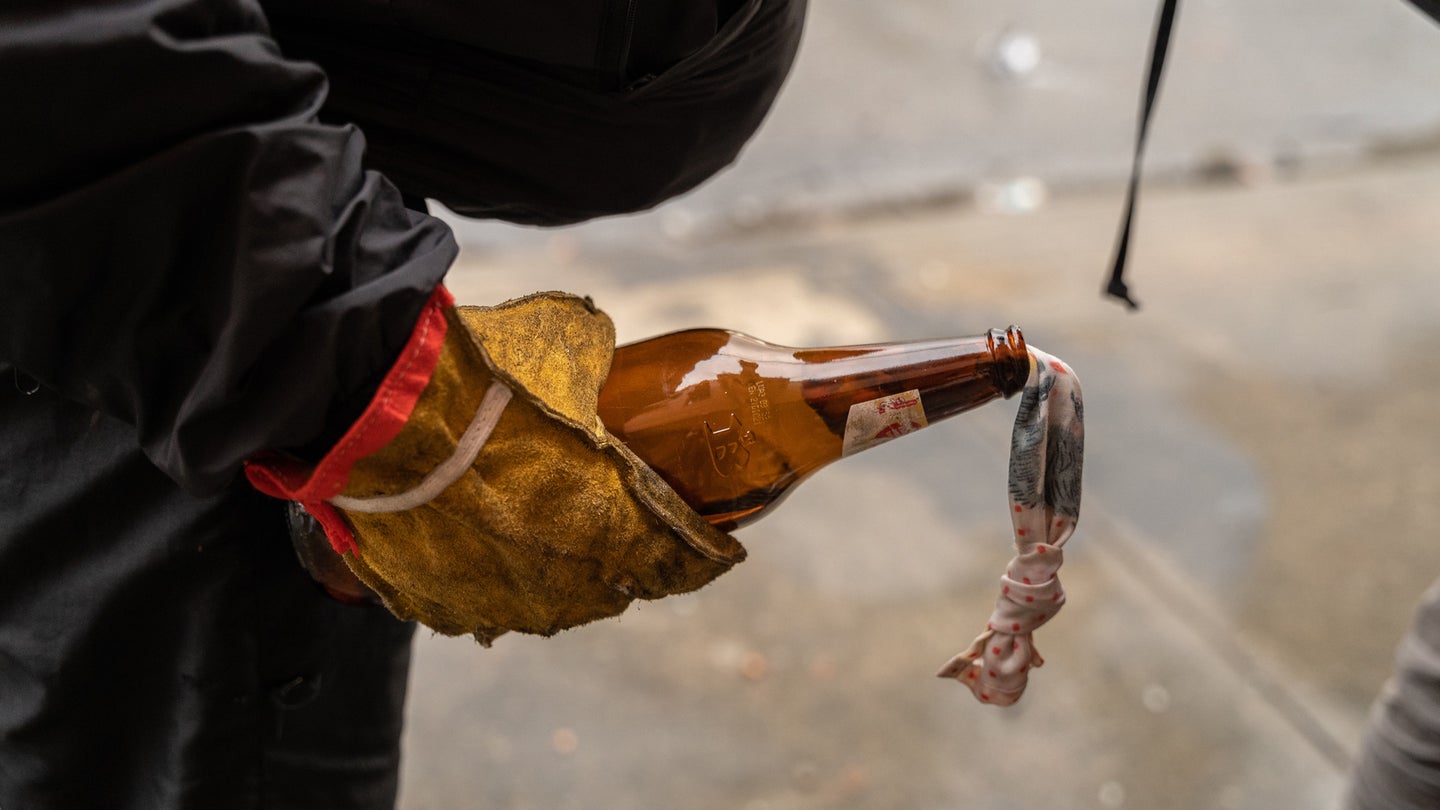 A protester holds a molotov cocktail during a protest in Popayan, Colombia. (Photo by David Lombeida/SOPA Images/LightRocket via Getty Images).
SHARE

A Hungarian revolutionary explaining how to make Molotov cocktails on U.S. public radio is not something you hear every day, but these are not ordinary times.

On Thursday’s broadcast of New York public radio station WNYC, an older man claiming to be a “former participant of the Hungarian revolution” of 1956 against Russia called in. He was looking to “share some of my experiences and information with [Ukraine].”

The first bit of advice the man gave was for the United Nations to send more troops to Ukraine to protect government and military leaders. In Hungary, he said, they were the “very first thing the Russians go after.”

The second piece of advice was how to make a Molotov cocktail, which he almost finished explaining before the host cut him off.

“For the average population, the Molotov cocktail is a very important tool in a street fight, in cities,” he said. “And in that connection, people have to think of the practical details, such as have a wine bottle or something empty, and make sure that you have gasoline which you fill it with, and then to take a piece of cloth in it so when the tank is coming, you light—”

At that point, the host stepped in and thanked him for sharing “what sounds like an incredibly traumatic experience during your time in Hungary.”

A Molotov cocktail is made from a bottle filled with gasoline that has a cloth “fuse” of sorts, that is lit on fire in order to use it as a bomb. It was named after Vyacheslav M. Molotov, a Soviet foreign minister who died in 1986, after Finns used the crude weapons against Soviet invaders in 1939. The homemade weapon has since been used in conflicts around the world.

The practical advice on guerilla warfare comes as the world watches Ukrainian citizens fight back against the Russian invasion of their country. The Ukrainian government has called on civilians to take up arms against Russia, even handing out assault rifles to willing volunteers and yes, telling them to make Molotov cocktails.

A senior U.S. defense official said on Friday that the Russians’ advance on the capital of Kyiv is “going slower than the Russians had anticipated it going,” in part because they are “meeting more resistance than they expected.”

The Hungarian revolution began in October 1956, when thousands of people took to the streets in defiance of Russia, demanding the withdrawal of Soviet troops. Soviet troops responded by rolling tanks into Budapest to “crush, once and for all, the national uprising,” leading to “[v]icious street fighting.”

Thousands of Hungarian citizens were killed, and even more “fled to the West, seeking asylum,” according to U.S. State Department archives.

“Although the Soviet Union did not suffer severe international consequences for the crackdown on the Hungarian Uprising, the event did have important effects on the Eastern Bloc and Soviet internal affairs,” according to the State Department. “Most importantly, the rebellion in Hungary exposed the weaknesses of Eastern European communism.”