Generation Z has a simple message when it comes to World War III: Please don’t draft me

Draft thee, not me 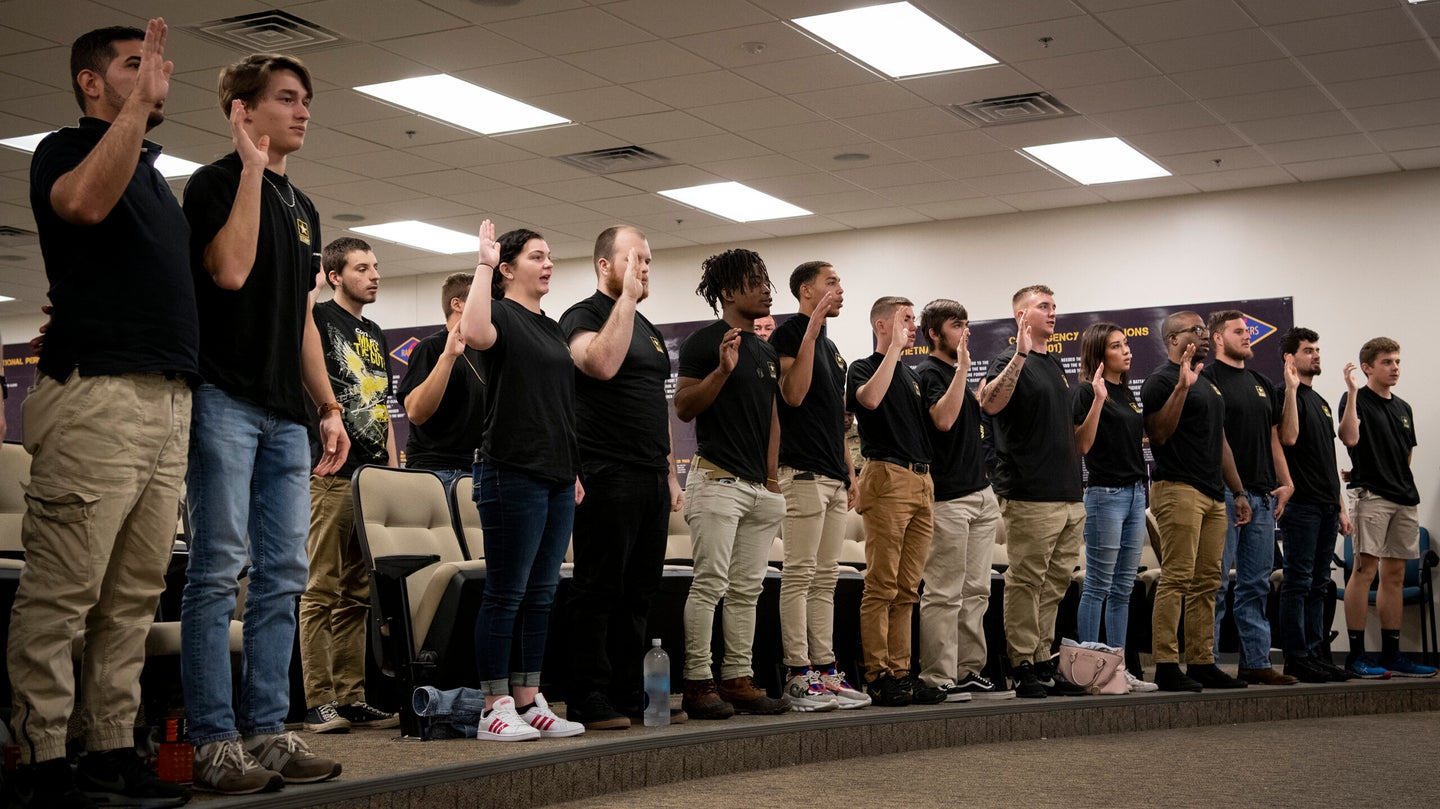 As fears over a pending war between Russia and Ukraine built in recent weeks, some members of Generation Z have been pondering the question: “Am I going to be drafted?”

Political and military tensions in eastern Europe are as high as they’ve ever been in the 21st century. On Thursday morning, local time in Ukraine, Russia began its invasion of the country after a weeks-long build-up that saw nearly 200,000 Russian troops deployed and on high alert near the border with Ukraine. Leading up to the invasion, the U.S. has avoided direct military intervention, though it has deployed thousands of troops to Poland and Romania in the hopes they would serve as a deterrent.

When it comes to cyberspace, the so-called fifth domain of warfare, it seems that last month’s calls for peace, and simple requests from young people for “No war pls” went sadly unheeded. When it comes to the possibility of a conflict between global powers that could boil over into another World War, there is now another message from Generation Z: don’t draft me, bro.

On TikTok, one popular video format shows people excited to receive a random letter only to learn that they’ve been drafted, as Creedence Clearwater Revival’s “Fortunate Son,” the definitive “I’m going to war ballad,” plays. The format is popular among Gen Z, those born between 1997-2012, and has been around for a few weeks now, with videos appearing in recent days as tensions between Russia and Ukraine boiled over.

Lest any Gen Z readers start to freak out, don’t. It’s very unlikely that a draft will be instituted in the United States. The draft has not been in use since 1973, and the last drafted soldier retired almost a decade ago. The same can’t be said for the two nations at the heart of this potential conflict. In Russia, all men between the ages of 18 and 27 are eligible for conscription, and almost a quarter-million members of the military are draftees serving 12-month terms. In Ukraine, many people are receiving their draft notices today, most likely without the accompanying CCR tapes. President Volodymyr Zelenskiy has signed an order to conscript reservists between the ages of 18 and 60.

As for the Gen Z “don’t draft me” videos, many of them are closer to parody than actual posts of alarm, with some offering to stay home to clean and sew. Others offered a (joking) lamentation that the military has opened its doors to allow many to serve who had previously been barred. Perhaps it’s a medical condition that’ll grant that much-desired deferment. Bad vision? That’ll probably work. For something like chronic IBS, that might actually make you healthier than some prospective U.S. military recruits.

No, really. In 2017, Pentagon data showed that 71% of Americans between the ages of 17 and 24 were ineligible to serve in the military due to being too overweight, out of shape, and various other disqualifying factors. Additionally, doctors are seeing more and more injuries in basic training from those with “a far more sedentary lifestyle than previous generations.”

“The “Nintendo Generation’ soldier skeleton is not toughened by activity prior to arrival, so some of them break more easily,” said Army Maj. Jon-Marc Thibodeau, a clinical coordinator and chief of the medical readiness service line at Fort Leonard Wood, Missouri earlier this month.

It’s important to keep in mind that there is an element of humor and sarcasm in all these videos. They’re a reminder that very few people actually want to see Europe, and possibly the world, embroiled in a devastating conflict.

Still, if trends are to be believed and Gen Z has killed the skinny jean, recruiters may want to note that military service offers the chance to wear baggy fatigues all day every day, and consider implementing this Red Bull-and-Cheez-It MRE suggestion.