The debate over registering women for the draft is a waste of time: There is no draft

The draft has been dead as a doornail for nearly 50 years. 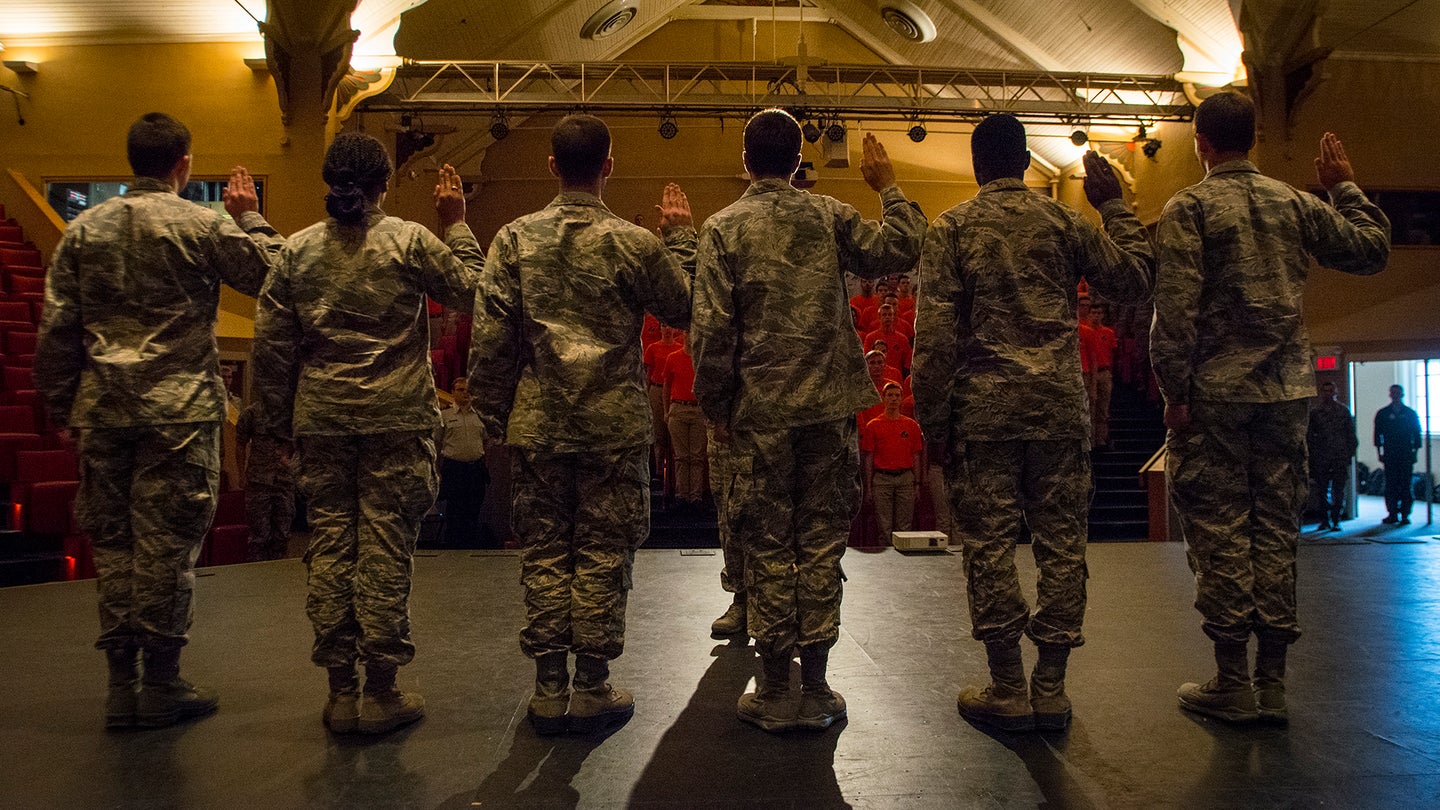 Every time lawmakers debate whether women should be required to register for the draft, I just want to yell: There is NO draft!

That means the draft has been dead as a doornail for nearly 50 years. Instead, most men in the United States have been required since July 1980 to register with the Selective Service System when they turn 18 just in case the draft were ever reinstated.

But registering for the draft these days is a hollow gesture, much like when people claim they “almost enlisted” but they would have punched their drill sergeant. Former White House Communications Director Anthony Scaramucci summed up the meaninglessness of registering for the draft when he told reporters in 2017: “I have a lot of family members that served in the American military. Unfortunately, my generation — I’m born in 1964, I did not serve. I filled out the Selective Service. It’s one of the regrets for my life, so this is an opportunity for me to serve the country.”

Now that we have firmly established that the draft is dead, and that registering for it is a moot point because, again, it’s dead, the question is why top lawmakers pretend that it’s still alive. Sen. Jack Reed (D-R.I.), has proposed removing the word “male” from the language of the Military Selective Service Act so that men and women would both be required to register for the draft.

In a statement, Reed’s office said that women in the military are just as capable as their male counterparts and so they should be recognized as such under federal law.

“Hopefully we will never need to have a draft again,” the statement says. “If we do, however, it will, by definition, be under circumstances so dire and existential that to voluntarily choose to enter the fight with anything less than our very best would be supremely foolish and potentially fatal.”

To retired Army Command Sgt. Maj. Jeffrey Mellinger, who was one of the last soldiers drafted during the Vietnam War, requiring women to register for the draft makes sense.

Mellinger noted that women already make up a sizable percentage of the military — more than 17%, of the active-duty force, according to the Defense Department.

However, the move has been strongly opposed by Republicans such as Sen. Josh Hawley of Missouri, who has recently proposed counter legislation that would undo the changes that Reed is calling for.

“It is wrong to force our daughters, mothers, wives, and sisters to fight our wars,” Hawley said in a statement on Friday. “Our country is extremely grateful for the brave women who have volunteered to serve our country with and alongside our fighting forces. They have played a vital role in defending America at every point in our nation’s history. But volunteering for military service is not the same as being forced into it, and no woman should be compelled to do so.”

Not to be a nitpicker, but no one is forcing American daughters, mothers, and sisters to join the military because even if Reed’s legislation passed both the Senate and House of Representatives it still wouldn’t change the fact that there is no draft.

Some might argue that there is always the possibility that the United States could reinstate the draft, especially if a war with China broke out. To that, I would submit that a conflict with China would probably not be long or protracted because one of the United States’ goals would be to contain the situation before it could escalate into a nuclear war.

While each of the military branches have yearly recruiting goals, they have all become far more selective about who they allow to join since the draft ended in 1973, Kuzminski said.

Meanwhile, both the Marine Corps and Army are trying to improve their talent management plans so they can assign people jobs that better match their strengths, she said.

“So, having a giant influx of quantity would actually throw that for a loop,” Kuzminski said. “It would be much more difficult to position the right experiences and skills and backgrounds and individuals into specific roles.”

Up until this point, I’ve argued that the draft is gone forever. I should note that I cannot rule out entirely that the draft might be reinstated in the future. I would also be remiss if I failed to point out that the history of the “all-volunteer force” includes a very dark time when service members were involuntarily kept in uniform.

During the Iraq and Afghanistan Wars, the military recalled people from the Individual Ready Reserves and prevented service members from leaving through the stop-loss policy. The Army later estimated that about 120,000 soldiers had been stop-lossed between 2001 and 2008 in what critics described as a “backdoor draft.”

The wide-spread use of stop-loss created so much mistrust among a generation of service members that when the government tried to compensate them afterward, President Barack Obama had to assure veterans that the government was not trying to recall them to active duty.

With all the above said, I remember when my father talked about how the anti-war protests during the 1960s and 1970s were actually an anti-draft movement. He felt the reason why protests against the Iraq War never reached the same level as they did during Vietnam was simple: There wasn’t a draft anymore.

In an August, 2018 interview with NPR, C. J. Chivers, a Marine veteran and acclaimed New York Times war reporter, described it this way:

“As long as we don’t have a draft, as long as we don’t have American households hooked up to the blood lottery that is war where any parent might have to worry about their child being called off to serve, I think that we will have a Pentagon that’s not quite fully supervised because the public doesn’t really feel a stake here,” Chivers told NPR’s Mary Louise Kelly. “And until the country invests more fully intellectually in the war, I think that we’re bound to keep having conversations like this year after year.”