Where is the Russian Air Force? Experts break down why they might be hiding

"It is clear to us that Russia is losing aircraft and helicopters at a damaging rate." 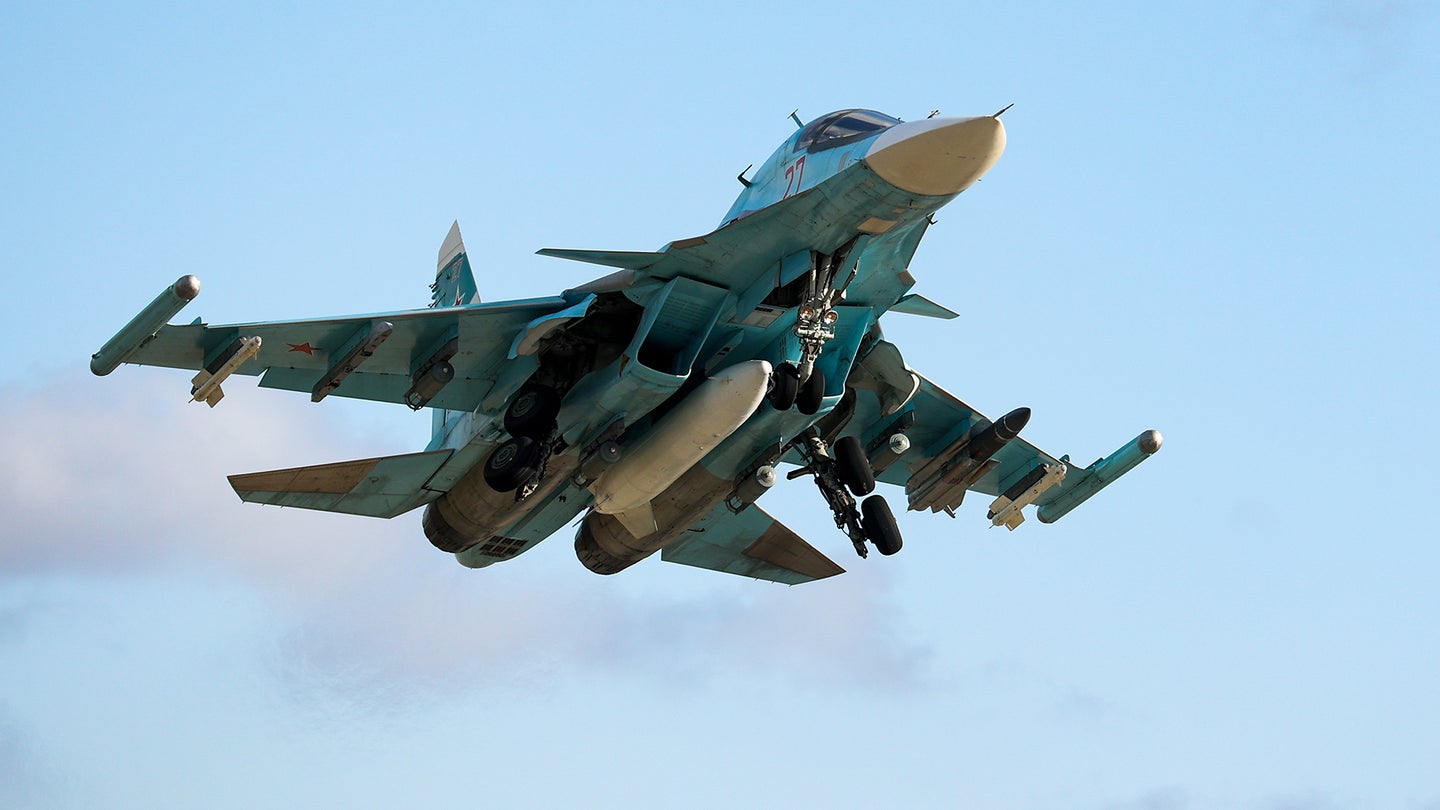 If the past 80 years of warfare have taught us anything, it’s that air supremacy, the term for making an enemy air force incapable of resistance, is essential for winning a conventional war. That’s why experts are scratching their heads trying to figure out why the Russian combat air force, despite being 15 times the size of its Ukrainian foe, has not achieved anything close to air supremacy.

“The modernized and massive Russian military force that currently surrounds Ukraine on three sides can muster air and missile strikes that would likely overwhelm Ukrainian airpower and air defenses and severely damage military and other facilities,” wrote RAND senior policy researcher Dara Massicot in an op-ed for Defense One on January 19, about five weeks before Russia launched its invasion on Feb. 24.

According to Flight Global’s 2022 World Air Forces directory, Russia has 1,511 combat aircraft, while Ukraine has a mere 98. But a week into the war, the Russian air force is yet to steamroll Ukraine’s the way Massicot and others thought.

“[T]he roughly 300 modern combat aircraft which the [Russian air force] positioned within easy range of the main contact zones in northern, eastern and southern Ukraine appear to have largely stayed on the ground throughout the first four days of fighting,” wrote airpower expert Justin Bronk.

“The fact that Ukrainian troops and civilians have been able to see (and rapidly mythologise) their own pilots continuing to fly sorties above major cities has also been a major morale-boosting factor that has helped solidify the extraordinary spirit of unified resistance shown across the country,” Bronk said.

Other experts took a similarly critical view of Russia’s performance in the air. Members of the U.S. think tank the Atlantic Council wrote in an assessment on Wednesday that, while exact numbers are vague, “it is clear to us that Russia is losing aircraft and helicopters at a damaging rate. We believe that a root cause of these Russian losses is the Kremlin’s failure to secure even localized air superiority over Kyiv.”

Given how much Russian forces have suffered from the lack of air cover makes it difficult to understand why so much Russian airpower remains on the sidelines. However, Bronk had a few guesses: a limited number of precision-guided munitions; poor coordination with ground-based air defenses; low number of flying hours; and perhaps a hesitancy not to disabuse notions of foreign observers that the Russian air force has modernized and professionalized in recent years.

The first explanation, a shortage of air-delivered precision-guided munitions, means that Russia has a limited ability to carry out accurate airstrikes in support of ground troops. During Russia’s participation in the Syrian Civil War, only one of its aircraft, the Su-34 fighter-bomber, regularly used precision-guided munitions, Bronk explained, and even that aircraft often used unguided bombs and rockets.

“This not only indicates a very limited familiarity with PGMs among most Russian fighter crews, but also reinforces the widely accepted theory that the Russian air-delivered PGM stockpile is very limited,” Bronk wrote.

Another analyst agreed with this assessment.

“The simplest explanation for the relative lack of RuAF’s involvement in the invasion so far is the distinct lack of PGM stockpiles,” wrote security analyst Oliver Alexander on Twitter. “With this deficiency, they are forced to use dumb munitions to operate at scale,” which forces them into the crosshairs of short-range air defense systems.

An addendum to the lack of PGMs could be the fact that stand-off weapons such as cruise and ballistic missiles are proving ineffective against Ukrainian targets, the Atlantic Council noted.

“Though they appeared to score some hits, we do not see devastating effects” of stand-off weapons, the council wrote. “The failure to concentrate fires has allowed Ukraine to weather the SOW strikes.”

Russian aircraft also lack targeting pods for finding and identifying far-off targets, Bronk said. Still, the avionics on Russian jets should make them capable of using unguided ordnance to destroy Ukrainian aircraft at their airbases, Bronk said, so why haven’t they? Russia also flies Sukhoi Su-35 fighters, which specialize in dogfights, and multirole Su-30 fighters, so why haven’t they achieved air supremacy in Ukraine?

One possible explanation could be that the Russians are worried about shooting down their own planes. Russian forces writ large have put on what Michael Kofman, CNA’s director of Russian studies, called a “ridiculous and incompetent” display of poor coordination, logistics, and tactics. It stands to reason that Russian leaders would not want to risk expensive aircraft and pilots in that mess of miscommunication. But still, Bronk asked, couldn’t the Russian military issue a blanket order for their surface-to-air missiles to hold fire while Russian aircraft flew large-scale bombing missions?

Perhaps the answer is that Russian pilots are not up to the task, Bronk proposed. Official Russian military statements suggest that Russian pilots fly a bit under 100 hours a year, compared to U.S. Air Force pilots who fly around 180-240 hours a year, Bronk said. Without enough training, pilots might struggle to master the hundreds of new jets Russia has acquired in recent years.

“Leadership may be hesitant to commit to large-scale combat operations which would show up the gap between external perceptions and the reality of their capabilities,” Bronk noted.

Russia’s cyber attacks also have not shown up to help secure air superiority, the Atlantic Council wrote. Russia could have cut off chains of command or communication links to make Ukraine’s air defense uncoordinated, but so far, there has been no reporting of such large-scale disruption, thereby “allowing Ukrainian air and air defenses to communicate, navigate, and build an intelligence picture of the battlespace,” the council wrote.

Still, the conflict is barely a week old, and the coming days may see Russia bring the full might of its air force to bear against its small Ukrainian foe.

“The fact that there have only been a few confirmed sightings of Russian fixed-wing sorties over Ukraine should not obscure the fact that the … fighter fleets remain a potentially highly destructive force,” wrote Bronk, “and one that could be unleashed against aerial and fixed ground targets at short notice over the coming days.”