Marines Break Up With Romania, Move In With Norway

The Marine Corps has said goodbye to Romania as it doubles down on its footprint in Norway. “U.S. European Command... 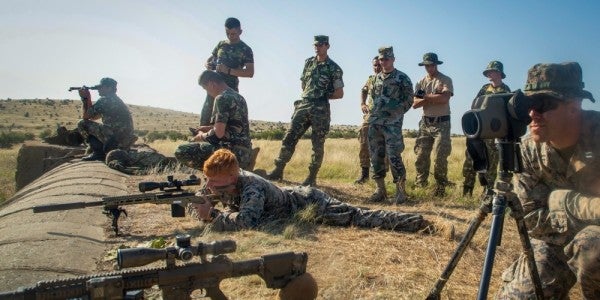 The Marine Corps has said goodbye to Romania as it doubles down on its footprint in Norway.

The last Black See Rotational Force left Romania in September as part of its regularly scheduled deployment, Hontz told Task & Purpose. Meanwhile, the number of Marines rotating through Norway increased from 330 to 700 this year.

Marine Corps Times’ Shawn Snow first reported on Nov. 30 that the Black Sea Rotational Force had come to an end after eight years of rotations. The Defense Department regularly adjusts where U.S. troops are in Europe based on regional security challenges, Hontz told Task & Purpose.

Hontz stressed that the U.S. military still has a presence in Romania, including a battalion from an Army armored brigade combat team and a ballistic missile defense site. Both the U.S. and Romanian militaries continue to carry out military exercises on land, such as Saber Guardian, and in the Black Sea.

“The U.S. also has shown commitment to Romania with the planned or executed investments of $83 million for upgrades and enhancements to Camp Turzii and Mihail Kogalaniceanu through the European Deterrence Initiative.”

The European Deterrence Initiative is the Defense Department’s response to Russia’s annexation of Crimea in 2014 and continued support to separatists in eastern Ukraine. Since then, the U.S. military has rotated units and aircraft through NATO members that border or are near Russia.

SEE ALSO: A Freighter Full Of Sheep Sank A Russian Spy Ship In The Black Sea