How the legendary Ukrainian pilot ‘Grey Wolf’ earned his call sign, according to a US Air Force F-15 driver

“It signifies who he was: experienced, wise and dedicated." 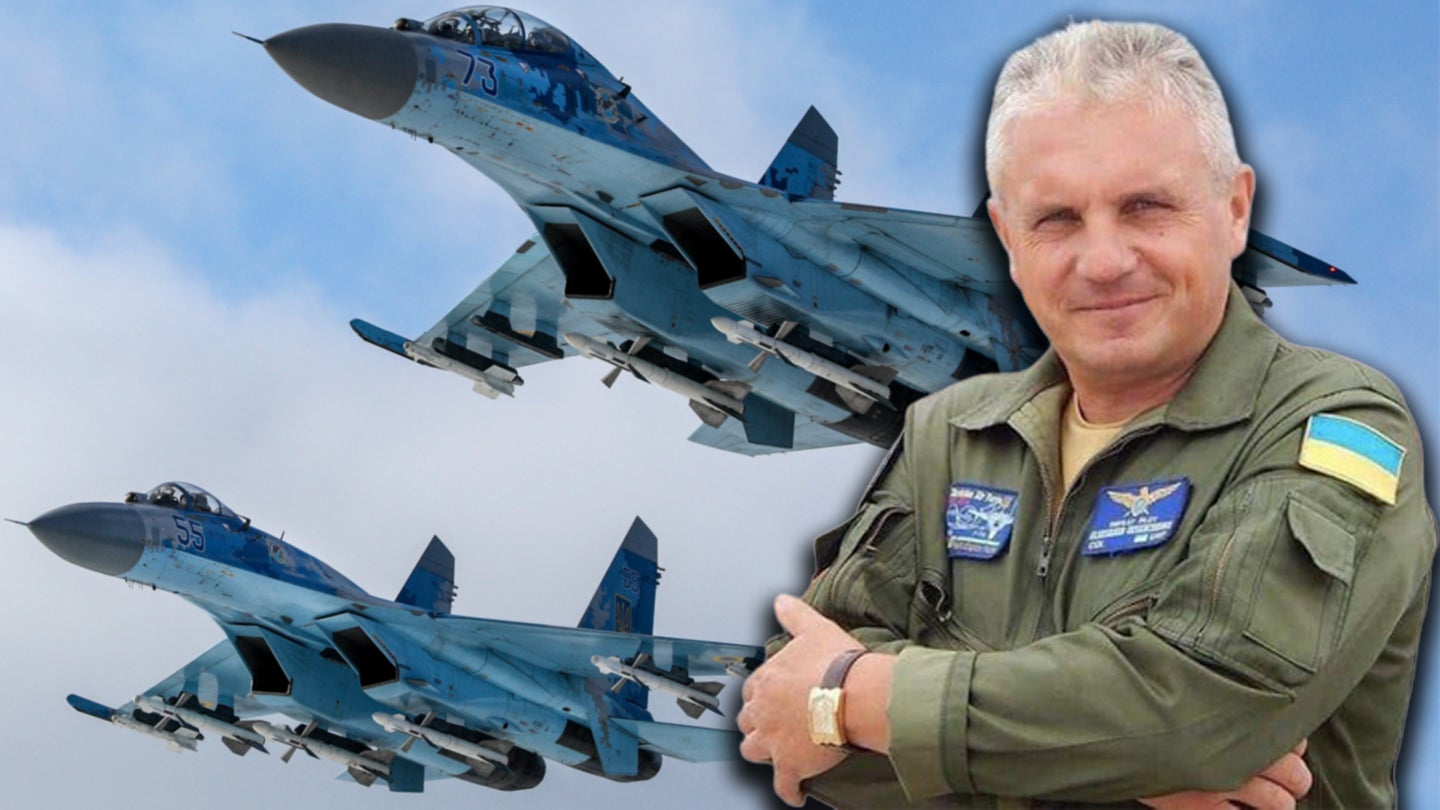 Col. Oleksandr Oksanchenko was one of the most respected pilots in the Ukrainian Air Force. He was killed by a Russian anti-aircraft missile on Feb 25, in the early days of Russian's invasion of Ukraine. (Task and Purpose photo illustration. Background photo via Associated Press / Mikhail Palinchak).
SHARE

Few military pilots ever become household names, but one was heard around the world late last month shortly after Russia invaded Ukraine. Col. Oleksandr Oksanchenko, a retired Ukrainian Air Force pilot also known as “Grey Wolf,” joined back up to fight for his country when the war began on Feb. 24. In the intensity of the fighting, Oksanchenko was killed by Russian anti-air defenses on Feb. 25.

One person who felt the loss personally was U.S. Air Force Col. Rob Swertfager, an F-15 fighter pilot with the California Air National Guard’s 144th Fighter Wing, a unit that has worked closely with the Ukrainian Air Force since 1993. Over the course of more than 100 events talking shop and flying with the Ukrainians, Swertfager and his fellow aviators have developed close friendships with many pilots there, which has made the war particularly difficult to watch.

“We have lost friends who we have flown with,” Swertfager said. “This situation has been very difficult.”

Among those friends was Col. Oksanchenko, who Swertfager described as a remarkable pilot, a clever fighter, and a buddy of the 144th Fighter Wing. But like many military callsigns, the origin of Oksanchenko’s “Grey Wolf” is not quite as badass as you might think. In fact, the way Swertfager heard it from other Ukrainian airmen, the name comes from a Soviet-era children’s cartoon.

The cartoon, “Once Upon a Dog,” is a 1982 adaptation of a Ukrainian folktale where an old wolf and his former enemy, an aging watchdog, help each other out in their graying years. Though he may not be as quick as he used to be, the grey wolf makes up for it in wit.

“He’s always outthinking everybody and coming up with clever ideas,” Swertfager said about the 53-year-old Oksanchenko, who first joined the Soviet Air Force in 1989. “He’s the old, experienced grey wolf.”

Oksanchenko fit the bill so well that his buddies in the Ukrainian Air Force made a patch for him depicting the old cartoon wolf, which he wore on his shoulder all the time, Swertfager said. But even if someone had never heard of the Soviet-era cartoon, it was clear the pilot deserved the nickname when they saw him fly.

“It was very obvious he knew what he was doing.” Swertfager said. “We had extreme respect for him as a pilot and as a great man in general.”

Oksanchenko “ate, slept and breathed aviation,” the American pilot added. “He was always talking about flying, how to fly better.”

That dedication paid off in 2017, when Oksanchenko won the award for best overall flying demonstration at the 2017 Royal International Air Tattoo, the world’s largest military air show, which takes place in the United Kingdom every summer.

“When compared to those flown by the much smaller Typhoon, Rafale, F-16 or Raptor, the Su-27’s display was nothing special, but … its raw power was made apparent as Colonel Oleksandr Oksanchenko put the Russian jet through its paces in a showing that gained him the ‘As The Crow Flies’ trophy for the best overall flying demonstration,” wrote the British website AeroResource in a 2017 article.

One aviation writer for Flightline UK said Oksanchenko showed off the Su-27’s “incredible agility through steep turns and quick rolls.”

In victory, Oksanchenko was all class.

“Thank you very much for your hospitality, your partnership and to all the guys who organize the Royal International Air Tattoo,” he said through an interpreter, according to AeroResource. “A very high standard is set, and we are very happy to be here. Everything is well organized. God bless your Queen!”

That award was only one the Grey Wolf received across his five years as Ukraine’s Su-27 Flanker display pilot, according to European Airshows. Even after retiring in 2018, he traveled with Ukraine’s display team as a coach and advisor, the nonprofit wrote.

“Blue skies sir and thank you for all your amazing displays!” European Airshows added.

Oksanchenko was so well-respected that when he was killed, rumors spread that he was the “Ghost of Kyiv,” the mythical pilot who supposedly shot down six Russian aircraft in the first days of the war. The Ghost of Kyiv myth was debunked, but Oksanchenko received a much more concrete form of recognition from his country. On Feb. 28, Ukrainian President Volodymyr Zelensky awarded him a posthumous title of Hero of Ukraine, the highest title that can be given to a Ukrainian citizen.

Of course, Oksanchenko is far from the only hero of Ukraine. Eleven other service members also received that honor from Zelensky on Feb. 28 alone. Even now, pilots from Oksanchenko’s old unit, the 831st Tactical Aviation Brigade, are likely flying for their lives against the far larger Russian air force, the VKS. Though pilots on both sides have stayed grounded much of the time due to the threat of surface-to-air missiles, according to the U.S. Department of Defense, the British Ministry of Defense said on Saturday that the Ukrainian air force continues “to effectively defend Ukrainian airspace” which has “significantly blunted” the progress of Russia’s invasion.

Maybe it helps that the outnumbered Ukrainians have the Grey Wolf as someone to look up to.

“It signifies who he was: experienced, wise and dedicated!” Swertfager said about Oksanchenko’s call sign. “God bless him.”