‘Emergency’ Caused A Ukrainian Fighter To Crash, Killing A US Pilot

An in-flight emergency caused the crash of a Ukrainian SU-27B in October, killing an American and Ukrainian pilot, the head... 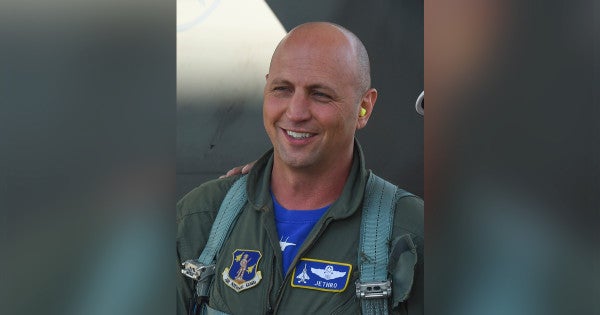 An in-flight emergency caused the crash of a Ukrainian SU-27B in October, killing an American and Ukrainian pilot, the head of the Ukrainian air force said on Thursday.

“While the SU-27 fighter jet was performing its climb, there was an emergency situation that to a catastrophe,” Ukrainian Col.-Gen. Sergii Drozdov said through a translator. “The ministry of defense of Ukraine has assigned the investigation board and the investigation is ongoing.”

U.S. officials are observing the investigation, which is meant to be as transparent as possible, Drozdov told reporters on Thursday after meeting Air Force Chief of Staff Gen. David Goldfein. When the investigation into what exactly caused the crash is complete, the Ukrainian government will announce its findings.

Lt. Col. Seth “Jethro” Nehring, of the California Air National Guard’s 144th Fighter Wing, was taking part in a familiarization flight on Oct. 16 when the Ukrainian fighter went down about 175 miles southwest of Kiev. Ukrainian Col. Ivan Petrenko also died in the crash.

Drozdov and Goldfein briefly spoke to reporters on Thursday after they discussed a five-year plan to expand cooperation between the two countries’ air forces. Losing an airman is never easy, Goldfein said.

“Our heart goes out to the families and we owe it to the families to ensure a full accounting of what happened,” Goldfein said. “In this case, we follow the Ukrainian air force’s lead as they come to the end of their investigation. Again, condolences to the families.”