Our thoughts and prayers are with the families of these brave Marines. 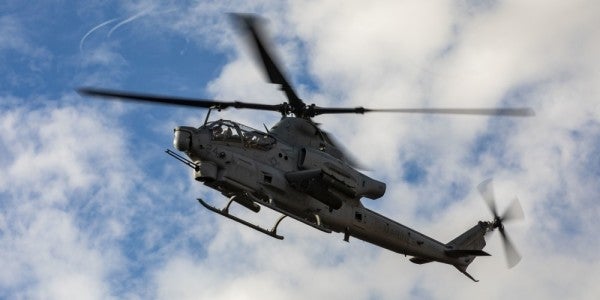 Two Marine pilots were killed when their AH-1Z Viper helicopter crashed on Saturday night in Arizona, Corps officials have announced.

The pilots were flying a training mission as part of the Weapons and Tactics Instructor Course when their helicopter went down about 8:45 p.m., according to a post on Marine Corps Air Station Yuma's Facebook page.

Both pilots' names are being withheld until 24 hours after their next of kin have been notified, the Facebook post says. The cause of the crash is under investigation.